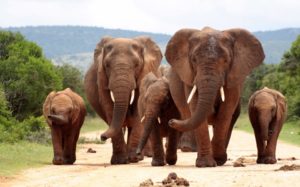 Earth Day is a global event each year, and we believe that more than 1 billion people in 192 countries now take part in what is the largest civic-focused day of action in the world.

Nature’s gifts to our planet are the millions of species that we know and love, and many more that remain to be discovered. Unfortunately, human beings have irrevocably upset the balance of nature and, as a result, the world is facing the greatest rate of extinction since we lost the dinosaurs more than 60 million years ago. But unlike the fate of the dinosaurs, the rapid extinction of species in our world today is the result of human activity.

The unprecedented global destruction and rapid reduction of plant and wildlife populations are directly linked to causes driven by human activity: climate change, deforestation, habitat loss, trafficking and poaching, unsustainable agriculture, pollution and pesticides to name a few. The impacts are far reaching.

If we do not act now, extinction may be humanity’s most enduring legacy. It is more important than ever to keep informed on the current wave of extinction. 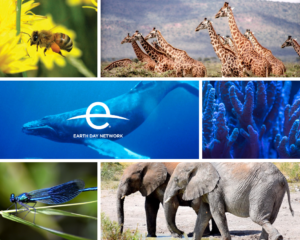 All living things have an intrinsic value, and each plays a unique role in the complex web of life.

We must work together to protect endangered and threatened species:

The good news is that the rate of extinctions can still be slowed, and many of our declining, threatened and endangered species can still recover if we work together now to build a united global movement of consumers, voters, educators, faith leaders, and scientists to demand immediate action. 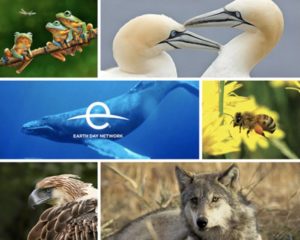 Earth Day Network is asking people to join their Protect our Species campaign.

Their goals are to: