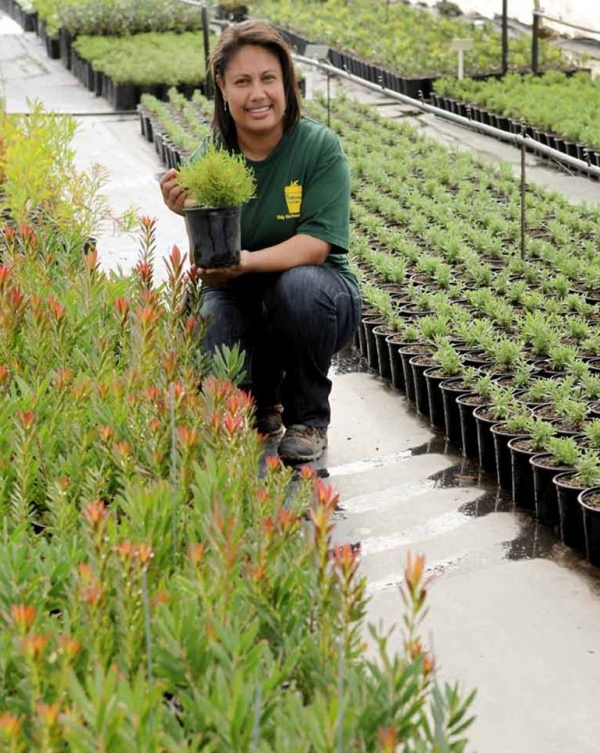 As a born and bred South African company, Woolworths is proud to have a range of indigenous plants, including fynbos and fruit trees, as part of its horticulture range.

But rather than being produced by a large, well-established commercial horticulture supplier, these unusual and attractive plants are grown for Woolworths by a small Western Cape enterprise that literally started as a back yard business.

De Fynne Nursery is just one of a number of small black-owned businesses that are benefiting from financial and technical support from Woolworths’ Enterprise Development programme.

It was back in 2001 that Jacky Goliath and Elton Jefthas, both of whom worked for NGOs, came up with the idea of turning Elton’s back yard in Kylemore, outside Stellenbosch, into a nursery. With their knowledge of local fynbos, they chose three different species to start, and soon had 1000 plants of Phylica pubescens and two types of Coleonema growing in little pots, and called themselves De Fynne Nursery.

Over the next few years, the business continued to grow and expand, moving to larger premises several times until settling into their present location in Simondium. In 2009 Jacky left her NGO job in order to manage the nursery, which had grown into a business employing 15 people and growing some 20 000 plants in two tunnels on an area of about 0,5 hectares.

Fynbos, however, grows slowly, so Jacky and Elton decided to branch out by growing plants on contract for other companies. They soon found themselves under contract to grow research material for apples, pears, nectarines, cherries and granadilla plants as well as growing citrus, grapes, blueberries, honeybush tea, granadillas and black figs on a commercial basis.

Looking for further opportunities to grow their business, they approached Woolworths. Once a Woolworths horticulture technologist had visited the nursery and was satisfied that De Fynne met their standards of quality, Jacky and her partner were commissioned to supply one fynbos variety to Woolworths. As part of their enterprise development initiative, Woolworths also supplied a loan to assist their fledgling operation, as well as ongoing technical and business support. 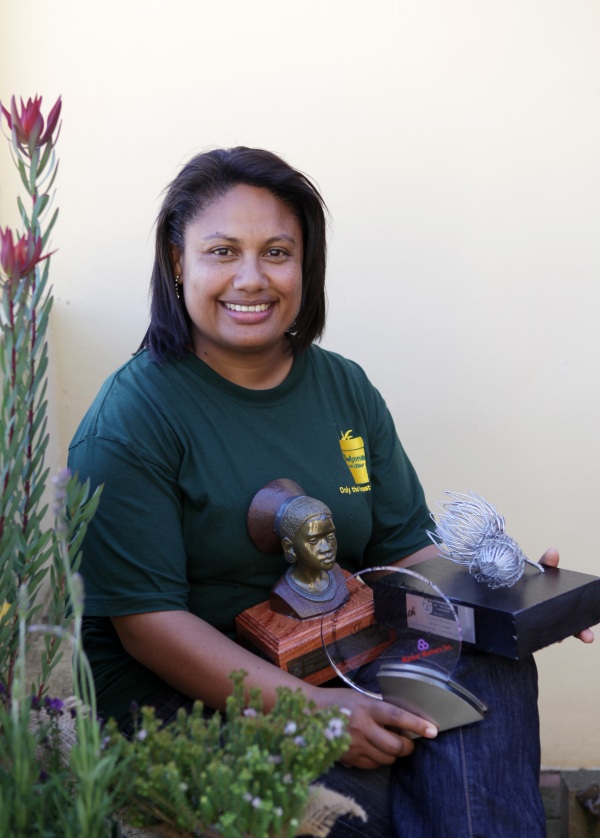 Over the years, Woolworths has extended De Fynne’s range to supplying indigenous plants including various species of fynbos, Spekboom (supplied in a compostable, plantable pot), fruit trees such as figs and lemons, as well as blueberries and lavender. De Fynne is part of Woolworths’ pioneering “Farming for the Future” initiative, and they proud to have achieved over 70% in audits over the past two years. Today the nursery employs some 25 people and produces about 600 000 plants per year on just 1.5 rented hectares.

De Fynne Nursery offers informative talks at garden clubs and garden centres to promote fynbos and to educate consumers on caring for their fynbos plants. The nursery is also socially involved with the nearby Simondium Primary school as well as their own staff members’ children and local community.

In 2011 Jacky received first prize as Female Entrepreneur in the Commercial sector in the Western Province, as well as on a national level, in a competition organised annually by Department of Agriculture Forestry and Fishery (DAFF). In February this year De Fynne Nursery won first prize in the Plant Stand Exhibition organised by the Cape Green Forum in Stellenbosch, and Jacky also won the award for the 2012 African Entrepreneur in Agribusiness in Africa, organized by International Making Markets Matter Inc.

Going forward, De Fynne’s vision is to own land, increase production, increase their market share and thereby increase long term employment opportunities which will allow them to continue contributing to the economic and social development and upliftment of the surrounding community, while focusing on growing and promoting indigenous, water-wise plants and helping to make a positive contribution to caring for South Africa’s irreplaceable natural resources.