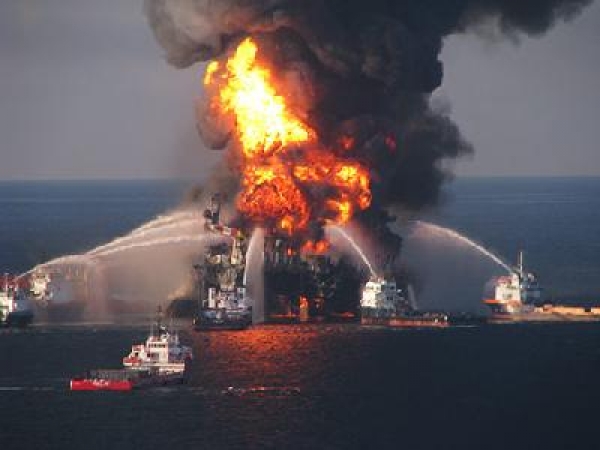 In the largest citizen enforcement action ever taken under the Clean Water Act, the Center for Biological Diversity has sued BP and Transocean Ltd., for illegally spewing more than 100 million gallons of oil and other toxic pollutants into the Gulf of Mexico. The suit was filed in federal court in New Orleans.

The Center For Biological Diversity is seeking the maximum possibly penalty against BP. If BP’s violations are found to have been the result of gross negligence or willful misconduct, the maximum fine is $4,300 per barrel spilled. At this rate, the company is already liable for approximately $11 billion in Clean Water Act penalties. If the spill continues through August 1, 2010, BP’s liability will be approximately $19 billion.

The penalties will be paid to the U.S. treasury and will be available for Gulf Coast restoration efforts.

No crime without punishment

‘The government has yet to take any criminal or civil actions against BP,’ said Kieran Suckling, executive director of the Center for Biological Diversity.

‘We filed this suit to ensure BP is held accountable for every drop of oil and pollution it has released into the Gulf of Mexico. We can’t bring back dead sea turtles, dolphins and whales, but we can ensure BP is penalized to the full extent of the law for causing the worst environmental disaster in American history.’

The Center’s lawsuit also seeks a full and honest accounting from BP of how much oil is gushing into the Gulf each day and what toxic pollutants are mixed in with the oil. In addition to the oil, the spill is also leaking hazardous chemicals including benzene, arsenic and naphthalene.

Time to own up

‘Gulf residents, cleanup crews, wildlife officials and the American public have a right to know to the magnitude and danger of this spill,’ said Suckling.

‘The company hasn’t been forthright even in the face of public outrage. A judge’s order will change all that. Until then, we’re flying blind when it comes to protecting human health and the environment.’

Last week, President Obama got a commitment from BP to pay out 20 billion dollars over three years from an independent escrow account to pay fishemen and business adversely affected by the gulf oil disaster.

The Center is represented by Charlie Tebbutt of Eugene, Oregon, Marc Fink, a staff attorney with the Center, and Damon Kirin of Metairie, Louisiana.