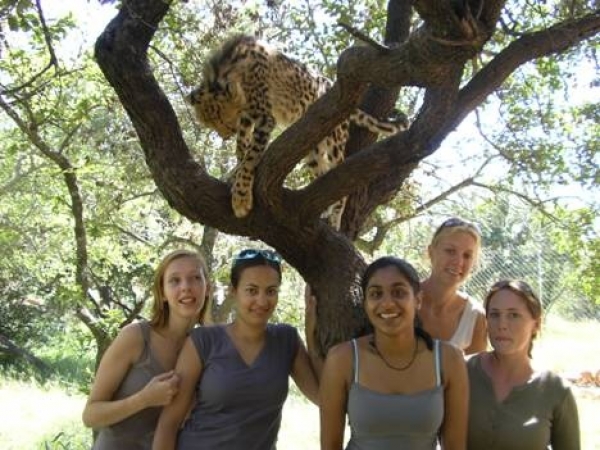 The Hoedspruit Endangered Species Centre (HESC) is proud to launch an exclusive 7-day conservation programme, affording South African citizens the opportunity to gain hands-on and practical experience in conservation and wildlife as well as the overall running of the Centre.

The programme welcomes participants aged between 18 and 25, which runs during December 2011 and January 2012 at the cost of R4 800 per person.

This informative and intensive programme has been created to equip individuals with the aptitude to actively participate in conserving the wildlife of Southern Africa; to build awareness of conservation and the environment in a broader global scale and to experience the rich diversity of South Africa.

Divided into 3 main sections, the programme involves ‘participation, conservation and sight seeing.’ Participants will assist with the day-to-day activities taking place at the centre. During this time participants may expect to see and be involved in darting of wildlife and possible translocations, tranquilisation of a cheetah for health examinations and possibly sampling of blood and other tissues to check for various disease statuses, lectures on animal identification, darting equipment, drugs and their safety, oestrus manipulation, procedures requiring an external veterinary specialist, hand rearing, wildlife casualties, antelope culls, post-mortems, collection of samples for genetics, blood parasite studies and ticks, work with exotic species such as frogs, snakes, birds and much, much more. This will all depend on what is taking place at the centre during the time.

Participants will be accommodated in thatched huts at the Nungu Camp which is situated within the boundaries of the Kapama Private Game Reserve. All meals are inclusive.