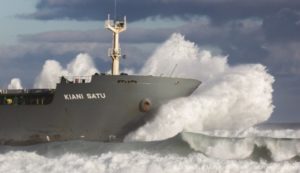 All hopes to save the ship wrecked off the coast of Knysna plunge as the Kiani Satu sinks into the dark abyss of the Indian Ocean on Wednesday 21 August.

After the attempt to float the ship on Saturday 17 August, nature took its course at 4:00 am on Wednesday and dragged the vessel underwater 200m South of Buffels Bay. The carcass of Kiani Satu now lies at a depth of 1000m and all chances of saving the cargo have vanished.

A quick recap of events

Chinese cargo ship Kiani Satu ran aground on Thursday August 8 due to a mechanical failure, whilst couriering a load of 15 000 tonnes of rice and 30 tonnes of heavy fuel. All 19 crew members were airlifted to safety. Since the wreck, the freighter has spilled at least 15 tonnes of oil into the Indian Ocean, polluting the protected coastline of the Goukamma Reserve.

SA Maritime Safety Authority (SAMSA), Cape Nature, SANParks and the local municipality have been working to manage the spill and minimize the environmental impact. Battling the weather every step of the way made salvage operations challenging and according to SAMSA spokesperson, Nigel Campbell, they resorted to flying in helicopters with plastic tanks to remove the oil.

By Thursday 15 August the oil leak had been stopped and SAMSA had pumped all the oil to higher parts of the ship. On Friday the Knysna municipality airlifted 600kg of spoilt food off the ship. And after a week and a half of struggling through storms, Saturday 17th August the ship was afloat and Campbell was pleased with the progress, “It was a difficult process, as we had to wait for 4m swells to help lift the ship over the reef.” 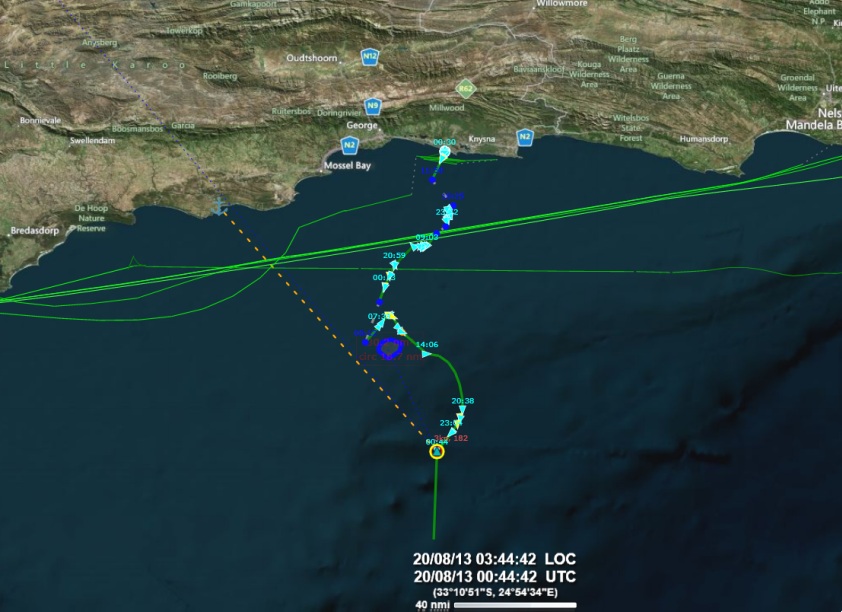 What’s happening to the oil?

Although there is still 200 tonnes of oil on board the ship, municipal spokesperson Athane Scholtz maintains that there is no environmental threat. There is currently no oil spilling into the ocean surrounding the area where the Kiani Satu is submerged.

“They [SAMSA] have assured us that [the ship] is very far and very deep and poses no serious environmental risk to the South African coast.”

The Department of Environmental Affairs continues to monitor the situation from the air, using their aerial pollution surveillance aircraft, the Kuswag 9 (K9).

After speaking to Campbell, it was revealed that the sinking of the Kiani Satu was part of the plan. “Our first plan was to refloat the ship, and then conduct a structural assessment to see if we could take the Kiani Satu to a South African port.” However, the risks were too high; the structural integrity of the ship had been compromised which deemed it unsafe to bring to a national port. The Kiani Satu was then floated far out to sea and sunk in a predetermined location.

When asked about the environmental risk, Campbell responded that at the depth of 1km it was 5° C which means that the oil would congeal and remain on boad the ship for “many decades to come”. However, it is not known what the impact on the immediate marine ecosystem will be.

Here is a true case of the NIMBI approach. Not in my back yard means “no serious environmental risk,” as if the environment stops at our coast. What about the pollution in the ocean? Where is the oil going to end up? How many lives will it take along with it?

239 birds rescued… and the cleanup continues

With the ship now moved away from the protected coastline, the major clean up has commenced. All the sand on the beach contaminated with oil is being removed. Scholtz says over 350 people are working to manage and clean up the oil spill. Through the joint effort of SAMSA, Cape Nature, SANParks, the DEA and the local residents this protected ecosystem will soon be restored, but it could take a couple of weeks.

“Preparations for a major clean up will only happen once the ship has been removed – once the full impact of the spill has been assessed and the ship is out of the area and no longer a spill risk. This is to ensure minimum impact on the environment as continuous removal of little bits of oil is counterproductive and places unnecessary pressure on resources,” Scholtz stated.

Edna Molewa, Minister of Water and Environmental Affairs, says the department will carry the major cleaning costs of the wreck. Since 2006, an insurance policy has been installed for cases like the Kiani Satu, because many cargo ships travel around the southern tip of Africa. This insurance policy is to cover the clean up costs of ships along the South African coasts.Â 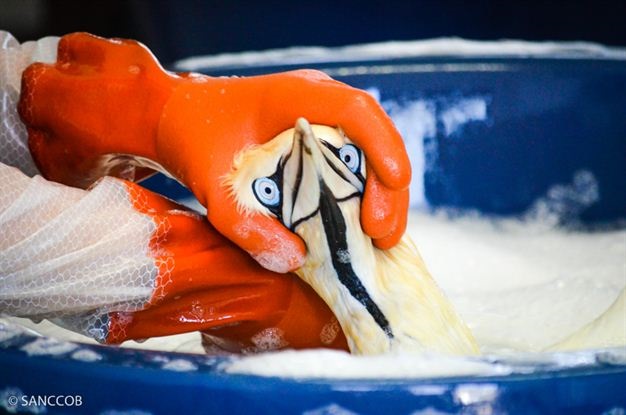 Although there are precautionary measures in place to protect the environment in the Goukamma, Swartvlei, and Knysna are; the booms surrounding the two estuaries, the Goukamma River Estuary and the Swartvlei estuary have been moved. SANCCOB has rescued and cleaned 239 birds that came into contact with the oil from the sea and the beach. However, there were no reports of bird or animal deaths near the ship.

This economy of this area along the Garden Route depends on money from eco-tourism. Although the Goukamma Nature Reserve has been reopened, Cape Nature requests that the public be aware that the “clean-up still happening inside the reserve and to respect any possible restrictions of movement that it may imply,” Scholtz said.

Some of the oil from the Kiani Satu has even washed ashore onto the beaches of Port Elizabeth. According to the DEA “The patches of conglomerated oil and tar balls covered an area of about half a kilometre from Kini Beach to Bush Park.” The DEA, the Nelson Mandela Metro Disaster Management and SANParks commenced a clean up on Wednesday.

Although we are grateful the wreck no longer presents an immediate threat to the Garden Route’s protected coastline, the shell of the ship lies trapped below the ocean and still presents an environmental hazard for marine life. There is still oil on board and no plan in place retrieve the potential pollutant. It is a problem our country must face, and we cannot let the Kiani Satu lie forgotten on the ocean bed.