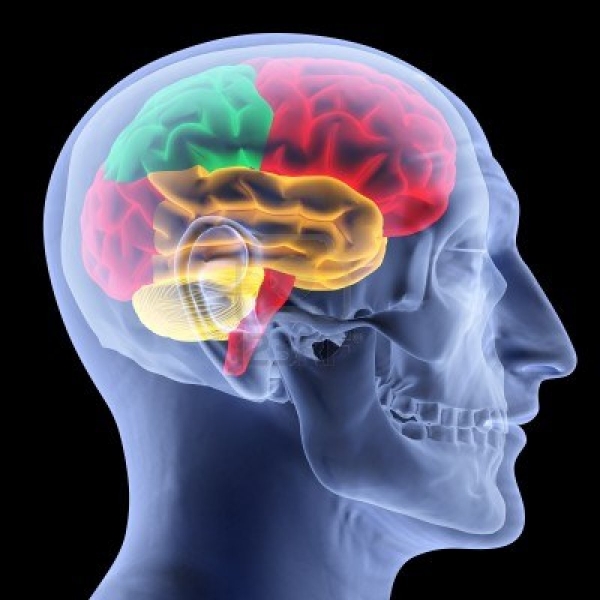 Some might like it hot, but extreme heat can overpower the human body. An expert from the Centers for Disease Control and Prevention (CDC) explains how heat kills and why fans are worthless in the face of truly high temperatures.

Climate change promises to bring with it longer, hotter summers to many places on the planet. With more heat waves on the horizon, the risk of heat-related health problems has also been on the rise.

Heat exhaustion is a relatively common reaction to severe heat and can include symptoms such as dizziness, headache and fainting. It can usually be treated with rest, a cool environment and hydration (including refueling of electrolytes, which are necessary for muscle and other body functions). Heat stroke is more severe and requires medical attention—it is often accompanied by dry skin, a body temperature above 103 degrees Fahrenheit, confusion and sometimes unconsciousness.

Extreme heat is only blamed for an average of 688 deaths each year in the U.S., according to the Centers for Disease Control and Prevention (CDC). But when sustained heat waves hit a region, the other health ramifications can be serious, including sunstroke and even major organ damage due to heat.

The Chicago heat wave in the summer of 1995 killed an estimated 692 people and sent at least 3,300 people to the emergency room. An observational study of some of those patients revealed that 28 percent who were diagnosed at the time with severe heat stroke had died within a year of being admitted to the hospital, and most who initially survived the high temperatures had “permanent loss of independent function,” according to a 1998 study of the heat wave, published in Archives of Internal Medicine.

As temperatures linger above our bodies’ own healthy internal temperature for longer periods of time, will we humans be able to take the heat? We spoke with Mike McGeehin, director of the CDC’s Environmental Hazards and Health Effects Program, to find out just why—and how—a warm, sunny summer day can do us in.

How do humans cope with hot, hot weather?

The two ways we cope with heat are by perspiring and breathing.

So is it the heat or humidity that is the real killer?

The humidity is a huge factor. If you have tremendously high temperatures and high humidity, a person will be sweating but the sweat won’t be drying on the skin. That’s why it’s not just heat but the combination of heat and humidity that matters. That combination results in a number called the apparent temperature or “how it feels”.

What kind of impact does extreme, sustained heat have on the human body?

The systems in the human body that enable it to adapt to heat become overwhelmed. When a person is exposed to heat for a very long time, the first thing that shuts down is the ability to sweat. We know that when perspiration is dried by the air there is a cooling effect on the body. Once a person stops perspiring, in very short order a person can move from heat exhaustion to heat stroke.

Watch for the signs

What happens in the transition from heat exhaustion to heat stroke?

It begins with perspiring profusely, and when that shuts down, the body becomes very hot. Eventually that begins to affect the brain, and that’s when people begin to get confused and can lose consciousness.

The analogy we use is if you’re driving a car and you notice that the temperature light comes on, what’s happening is the cooling system of the car is becoming overwhelmed. If you turn off the car and let it cool eventually you can start driving again. But if you continue to drive the car, the problem goes beyond the cooling system to affect the engine, and eventually the car will stop.

What other areas of the body does this extreme overheating affect?

As the body temperature increases very rapidly, the central nervous system and circulatory system are impacted.

In places where there have been prolonged heat exposures, there is probably a broad impact on many organ systems. From heat waves that have been studied, like in Chicago, there are increases in emergency department visits and hospital stays for medical crises that are not normally associated with heat, such as kidney problems.

But it really hasn’t been studied very much. One of the reasons for that is the main focus of the studies has been on mortality from heat waves, and there hasn’t been that much focus on morbidity. That would take looking at people who are hospitalized from heat exhaustion or heat stroke and following them into the future.

Before someone gets full-blow heat stroke, what are the body’s early reactions to excessive heat?

Heat rash and muscle cramps are early signs of people being overwhelmed by heat. If those aren’t dealt with, it can lead to more severe symptoms.

Cramping of muscles can be for a number of different issues, including electrolytes not getting to the muscles.

People should be aware that their skin turning red and dry are indicators that heat is impacting them.

Who is the most vulnerable to extended high temperatures?

We know the risk factors for dying from heat are urban dwellers who are elderly, isolated and don’t have access to air conditioning. Obese people are at increased risk as are people on certain medications. And people who are exercising or working in the heat, who don’t meet those criteria, can be at risk.

What medications can make the body more susceptible to extreme heat?

In the study from the 1995 Chicago heat wave, we found that diuretics for high blood pressure were some that did, and beta blockers—a number of studies showed that people taking them could be at increased risk.

What’s the hottest temperature a healthy human can tolerate?

Have we not evolved to cope with super hot weather?

Certainly society has evolved in dealing with the heat—and that has been in the development of air conditioners. The number-one factor that prevents death from heat is access to air conditioning.

And I’ve read that fans don’t work to prevent overheating in really hot temperatures…
Not only does it not work, it actually makes it worse. We compare it to a convection oven. By blowing hot air on a person, it heats them up rather than cools them down.

Are modern humans neglecting to do something our ancestors did to survive the heat?

I think it’s always been a problem. There’s history over hundreds of years of people dying of heat. Philadelphia in 1776 had a major heat wave that caused deaths.

We’re also living to older ages, and we’re more urban now than we have been in the history of the human species. That intense crowding can combine with the heat island effect in big cities. Our elderly people are also more isolated than they have been in the past, so those factors can play a part, too.

The IPCC, the Intergovernmental Panel on Climate Change, the thing that they are most comfortable in predicting, that the science is most solid for, is the increase in many parts of the world in the duration and intensity of heat waves.