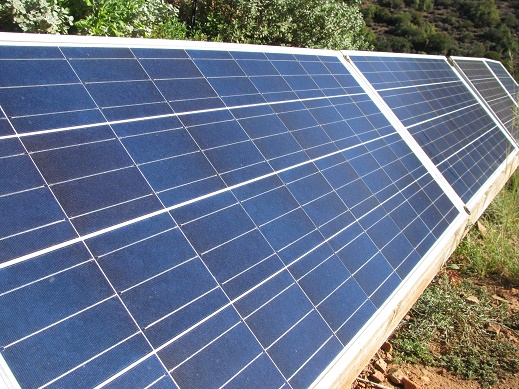 In Part 2 we get to grips with the different types of currents and how to install your batteries to store your solar energy.

To understand how batteries store power we need to use the example of a standard solar battery of 105 amp hours at 12 volts. The force field of the battery is 12 volts and it holds 105 amps. In practical terms this means the battery holds 1260 watts. (12 volts x 105 amps = 1260 watts.)

Watts: a measurement of energy used in one hour

So if you boil a 1000 watt kettle for one hour all the power will be more or less gone, you would have consumed 1000 watts. If you only boil a kettle for 15 minutes then you only consume a quarter of an hour’s worth of watts or a total of 250 watts so your battery still holds more than three quarters of its power.

A 12 volt battery’s voltage ranges from around 13.5 volts to 12 volts at which time it is considered flat. This occurs at about 60% drain so the last 40% is not available to you, certainly not without damaging the battery. So what they call a 105 amp hour battery is really a 63 amp hour battery and holds 756 watts and not 1260 watts, enough time in reality to boil a kettle for 45 minutes. 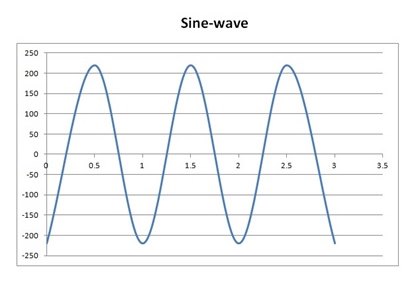 If you wire batteries together in parallel you increase the amp hours stored and the voltage remains the same.

If you wire batteries in series the voltage increases, while the amp hours remain the same.

The higher the voltage the less transmission loss over distance, because there is less resistance.

Other components of the solar system 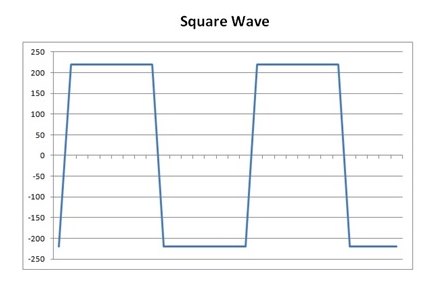 The solar system I use at home

At this stage it is perhaps best for me to explain my own solar system and the reasons for why it is how it is. It is often the case that systems evolve over time rather than implemented in one go. Unlike conventional power systems that have monthly costs solar systems need to be paid for upfront and typically costs are recovered over a five year period, although the time taken for this to occur is getting shorter.

Most of us do not have the finances to implement a system in one go and so build them over time. It is only recently that I have reached the point where I am meeting all of my perceived needs. Living in an area where there was no chance of a connection to a national grid, I have had to do without or manage what energy I had very carefully.

My system is split into several parts: 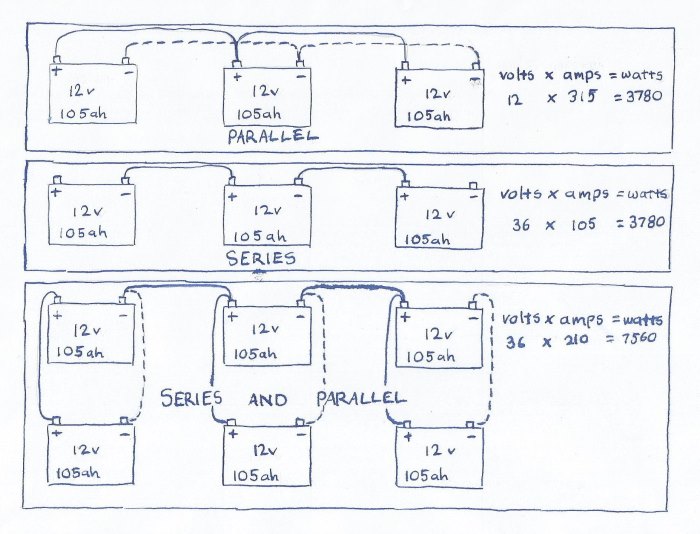 It is important to note here that we don’t rely on as many appliances as a typical household. We have a solar geyser and various ways of cooking, including a wood stove, rocket stove, gas and a solar oven. Our mains power is used for a washing machine, computers, juicer, stick blender, slow cooker and a printer. We don’t own a TV. It is those appliances like stoves, ovens, kettles, toasters, geysers and irons that generate heat that consume the most power.

Over the years I have collected an assortment of tools and gadgets that work with the inverter and are of high quality so that they do not put undue stress on the inverter. Most of my tools are small so they can run directly off the mains without the need to start a generator, which is in any event itself only 1000 watts.

The generator can be used on its own or can be used to charge the systems above and the current can be drawn through the inverter or directly from the generator, depending on my energy needs at the time. For example if the batteries are low and I need the drill for a few moments here and there it does not make sense to use the generator on its own because most of the time it will be running with no draw. In this instance it is better to hook it up to the batteries and use the inverter to supply the current so that batteries can be charged as well as run the drill, making for a more efficient use of energy.

Evolving system develops its own character

In conclusion, solar systems that evolve over time develop their own character that suits the usage patterns of the homeowner like a glove and they will, by design, all be different from one another as well as being more stable. If any one part of a system collapses it does not lead to the failure of all the other parts of the whole.

It is an empowering feeling to be in control of your energy needs and it creates an awareness around its use. We are disconnected in our everyday lives from the source of some of our basic needs such as food and water. We are mostly unaware of where our food comes from and as a result overindulge and waste this precious resource. In just the same way as we would show more respect to what we ate if we grew it ourselves, we would show more respect to other resources, including energy, if we were responsible for our own needs. We will discover that we tread on the planet with a kinder footprint.

In my follow-up post on solar energy I will show you how to calculate your power needs and enable you to design a system that will suit your very individual needs. 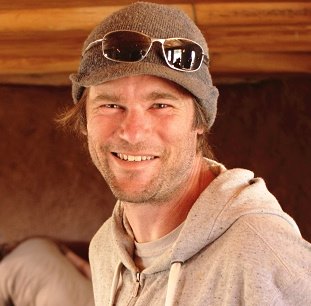