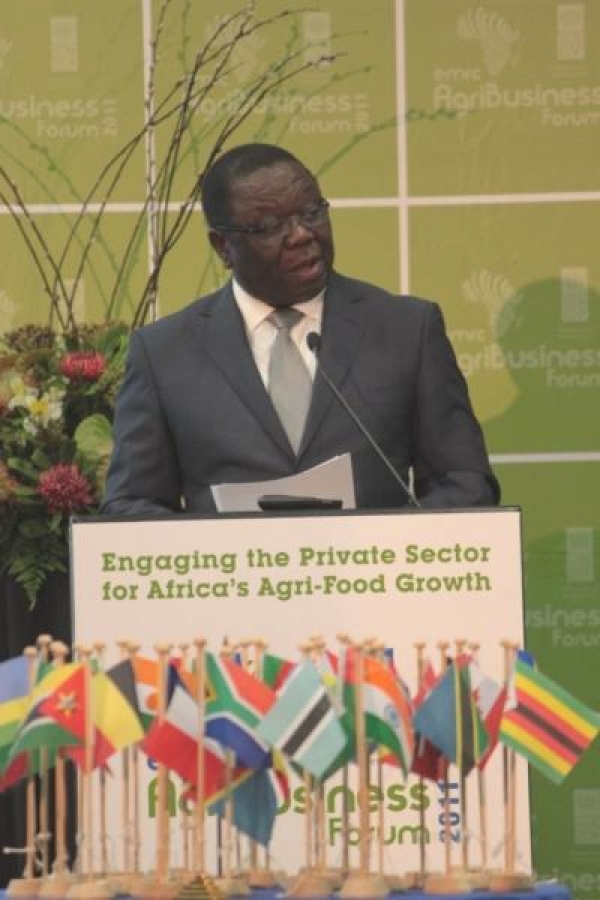 ‘Engaging the Private Sector for Africa’s Agri-Food Growth’ was the theme of this year’s AgriBusiness Forum held in Johannesburg. This is an annual conference bringing together experts from the private and public sector in Africa and from around the world to discuss the pivotal role the private sector plays in the future of Africa’s agricultural sector.

The forum was designed to strengthen the Agri-Food sector in Africa by encouraging partnerships, exchanging best practices and attracting investments.

‘Developing Africa’s Agri-Food sector has long been crucial for creating economic opportunities in the continent. What is exciting now are the rapidly growing opportunities in domestic and regional markets, which are stimulating development of post-production enterprises as well as the primary production sector. Particularly in the next decade, the focus of the Agri-Food Sector development needs to be on economic opportunities and meeting the food needs in Africa itself,’ says Doyle Baker, Chief of Rural Infrastructure and Agro-Industries Division for the UN Food and Agriculture Organization.

After the conference was officially opened by Idit Miller, Vice President and Managing Director EMRC, the audience was addressed by EMRC President and former Director General of the European Commission, Pierre Mathijsen.

‘People have to be able to develop an income in their own area. Thirty years ago Africa was an exporter of food, now Africa has to import food to feed its people,’ said Mathijsen.

Undoubtedly a highlight was an address by the Prime Minister of Zimbabwe, Morgan Tsvangirai. He gave an honest account of political, economic and structural challenges facing his country and did not shy away from naming the difficulties caused by land reforms.

‘Changes in weather patterns have made it increasingly harder for farmers to predict farming seasons. But hunger and poverty are the main challenges in development in Africa,’ said Tsvangirai.

From land redistribution to productivity

‘Toxic politics’ as Tsvangirai calls it, has to be stopped and along with it new land invasions.

An important part of the Forum was the panel discussions dealing with an array of topics. One of these panel discussions dealt with a general overview of the Agri-Food Sector in Africa. The panel members included, Roeland van de Geer, Ambassador to the European Union (EU) Delegation to South Africa, Moussa Seck from PanAAC in Kenya and Peralt van der Merwe, Managing Director of Heineken in South Africa.

‘One of the big problems Africa experiences is access to markets. The EU uses 60 million tons of sugar of which it produces only 14 million tons. The rest it would like to import from amongst others Africa. The EU is eager to open up markets to Africa and is currently negotiating this with the government of South Africa,’ said Roeland van de Geer.

Another panel discussion on the role of the private sector in stimulating Agribusiness and inclusive market development took place with the panel consisting of, among others, Rian Coetzee, Head of Agro-Industries, Richard Rogers, Senior Program Officer for the Bill & Melinda Gates Foundation and Marius Boshoff, Country Manager of DuPont Crop Protection.

‘There is only one thing that creates wealth and that is business. Three quarters of people around the world use their patch of land to both live from and generate an income. Therefore social goals need to be put into business terms and the focus should fall on what small scale farmers want and not what they should want,’ said Rogers.

‘You cannot have good projects in a bad policy environment.  Find local partnerships and build on these,’ Boshoff added to what Rogers said. He left the audience with a word of advice, ‘Africa is a funny place – you’ll find a lot of corruption. But keep your values and always be ethical.’