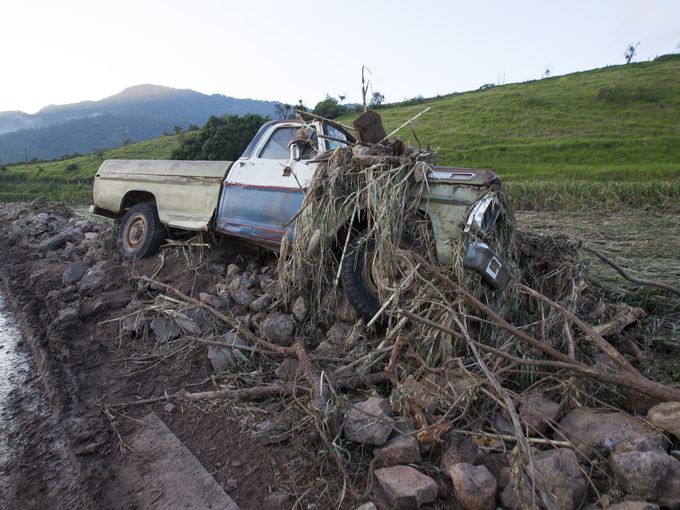 Last week, Hurricane Patricia made landfall here in Mexico. It was the strongest hurricane ever recorded.

At one point, Patricia would have been a “Category 7” hurricane, except that the measurement scale only goes up to Category 5.

By the time you read this, the worst part of the storm will have passed us. Thankfully, early reports indicate that the damage has been surprisingly limited here, but the risk of extreme flooding remains for much of the Gulf Coast of the United States.

This massive storm was a powerful wake-up call. A lot has been said in the press about whether and how much Hurricane Patricia can be directly linked to climate change, but one thing is certain: our rapidly warming oceans and atmosphere mean stronger, more frequent megastorms.

The strongest storm ever, in the midst of one of the most prolific hurricane seasons on record, after the hottest June, July, August, and September ever recorded. Drought impacting communities from Thailand to California. Reports that the world’s biggest fossil fuel company has known (and lied) about climate change for over thirty years. I don’t know about you, but this moment feels urgent to me.

It also feels urgent because we’re approaching an important crossroads: The U.N. climate summit in Paris is a little over a month away, and it could actually send a signal that the world is finally ready tackle the climate crisis in a meaningful way.

Bonn will be a real fight

Just this week, negotiators met in Bonn to prepare, and my colleagues who were there say that this summit promises to be a real fight. Meanwhile, a broad coalition of groups from around the world is calling for a huge day of action on the eve of the big gathering in Paris. 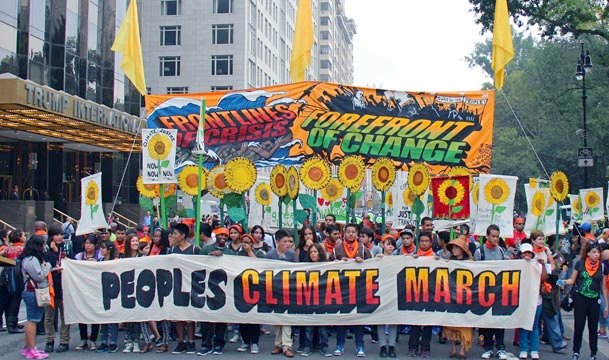 If this moment feels as urgent to you as it does to me, help us make it count:

Come march for your future 28-29 November

Join us on November 28th-29th for the Global Climate March. Find an event, or start one of your own.

We need a bold, ambitious deal in Paris that keeps at least 80% of fossil fuels in the ground and finances a just transition to 100% renewable energy by mid-century.

It will only happen if the climate movement shows up big though – both before the summit, and afterward.