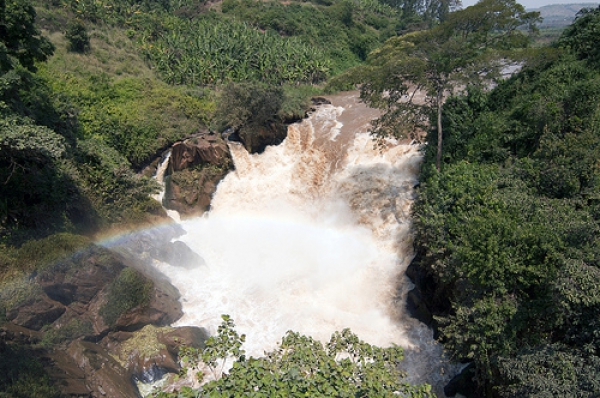 The African Development Bank Group’s (AfDB) efforts to improve sustainable energy supply and access in Africa took a leap forward with the Board of Directors’ approval of the Regional Rusumo Falls Hydropower Project.

The Bank Group allocated US $97.3 million from the African Development Fund (ADF) and the Nigeria Trust Fund for the multinational project, which will support the development of sustainable energy infrastructure. An additional US $16 million grant from the Sustainable Energy for All (SE4All) window of the EU-Africa Infrastructure Trust Fund was recently mobilized by the AfDB Group to help finance part of the Burundi transmission line from the Rusumo Falls power plant.

The Rusumo Falls project will increase renewable power generating capacity and access to electricity in Tanzania, Rwanda and Burundi. The project has two components: an 80 MW hydropower generation plant and transmission lines and substations. The Bank finances the transmission facilities of Rusumo Falls Hydropower Project. Beneficiaries of the project include the households, industries, SMEs and businesses in Burundi, Rwanda and Tanzania, who will gain access to cheaper, more reliable and clean electricity.

Construction of the transmission facilities is expected to be completed by August 2018; the three countries will share the power generated equally. The project will enhance the process of regional integration by the countries developing and managing the joint assets.

“Rusumo Falls is one of many projects financed by the AfDB in response to a crisis in low-energy access rates, limited infrastructure development in the region and regional projects that enhance regional stability through increased cooperation and integration among countries. Africa has incredible untapped hydropower potential: only four per cent of which has been exploited,” explained Alex Rugamba, Director of the AfDB’s Energy, Environment and Climate Change Department.

“Through projects such as the Rusumo Falls project we are looking to leverage Africa’s natural assets for universal access to modern, reliable and affordable energy services on the continent.”

The project will increase hydroelectricity supply capacity to relieve the power deficit in all three countries. It will also allow them to address their low energy access rates. Rwanda and Tanzania will be able to displace some of the energy generated from high cost imported fuel with cheaper hydropower thereby reducing the current electricity tariff. In the case of Burundi, the project will provide 50% of the current peak power demand, which will allow the country to expand access and other economic activities, and reduce CO2 emissions.

The Rusumo Falls project is a Programme for Infrastructure Development for Africa (PIDA) priority project. In 2012, African Heads of State endorsed a set of priority energy projects to be implemented by 2020 as part of the PIDA. Rusumo Falls is one of nine hydropower projects identified for the PIDA energy infrastructure program, which focuses on major hydroelectric projects and interconnects the power pools between countries.

The AfDB’s support to the Rusumo Falls project has spanned several years. In 2006, the Bank provided an ADF grant of US $4 million to the Nile Basin Initiative to finance the technical, financial, economic and social feasibility studies for the transmission lines of the Rusumo Falls hydroelectric plant.