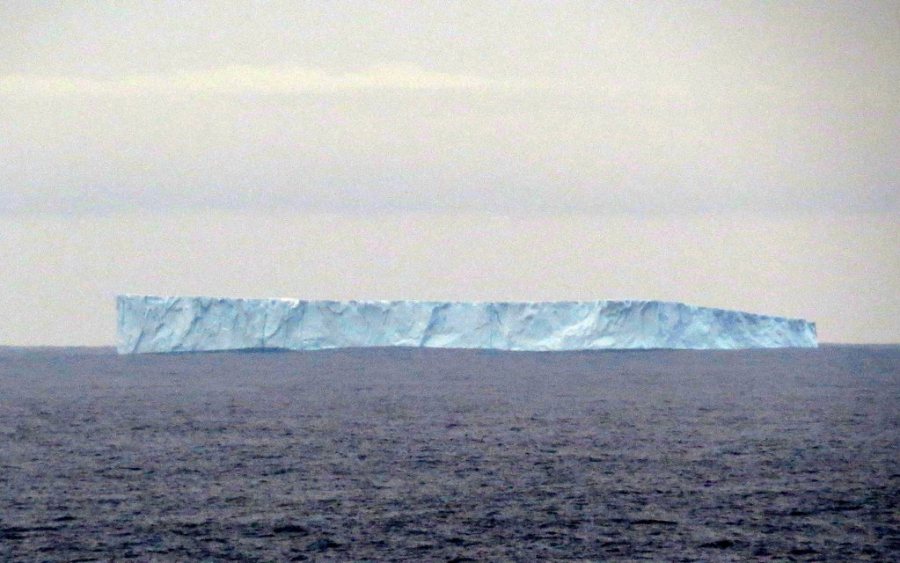 This iceberg was spotted off the coast of Bonavista, Newfoundland, Canada last week. It is appearing four months earlier than the typical iceberg season for this part of the world. Image source: Iceberg Spotter

From pole to pole the ice is melting. Winter is retreating. And much of life and even the seasons themselves appear to have been thrown off-kilter.

In the Southern Ocean near the Antarctic Peninsula, krill populations have dropped by more than 50 percent due to a shortening of the season in which sea ice forms.

The North Pole now experiences near or above freezing temperature events during Winter with increasing frequency. Greenland appears to be undergoing melt episodes during Winter. And now, the iceberg season for Newfoundland is starting four months early.

Newoundland icebergs used to appear during April or May

During any normal year in the 20th Century, Newfoundland was a prime spot for viewing icebergs. Locked away in the sea ice for much of the Winter, these behemoths became liberated with the spring thaw. By April or May, they could at first be seen off the coast of Newfoundland as they made their trek out into the Atlantic Ocean along the currents running away from Baffin Bay and the West Coast of Greenland.

During a normal year, the sea ice begins its thaw in Baffin Bay along Greenland’s western coastal boundary by early to late April. A milder air flow along the northward progressing warm water current is enough to unlock some of the icebergs stranded within the sea ice and to send them cycling southward toward Newfoundland. 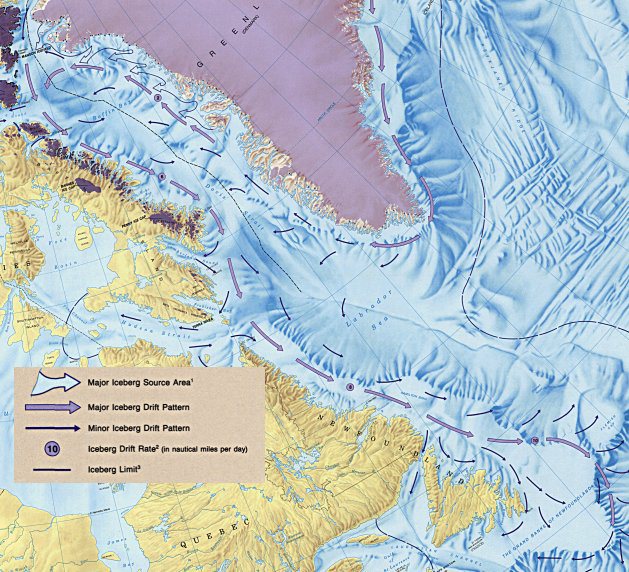 Icebergs typically originate from Greenland’s west coast and then cycle around Baffin Bay. Icebergs sighted off Newfoundland typically break away from the Baffin ice pack during Spring. This year, one got free of the ice in January. Image: The Atlas of Canada.

But this year, something odd and rather strange happened. During mid January, following a December in which Arctic sea ice extents were their fourth lowest on record, a period of unseasonable warmth settled in over Western Greenland. Warm, wet winds blew up over Greenland’s coastal mountain ranges and into Baffin Bay. These winds were ushered northward by both a very powerful North Atlantic storm track and by an anomalously warm termination of the Gulf Stream Current just south and east of Newfoundland.

By late last week, the remnants of a January Atlantic hurricane had been pulled into this warm storm generation zone just south of Greenland, where it eventually unspooled over the frozen isle’s mountains even as it vented the last remainder of its fury on the iceberg outlets of Baffin Bay.

Warm, tropical moisture associated with Hurricane Alex is pulled northward into Greenland and Baffin Bay in mid January. This heat and moist air delivery, associated with northward propagating warm winds along Western Greenland, appears to have had multiple wintertime melt impacts for this region of the Arctic. Video source: Hurricane Alex Transitioning to Post-Tropical.

And all this heat and tropical weather aimed at Greenland and Baffin Bay during January appears to have had a pretty far-ranging impact. For not only have melt monitors over the Greenland Ice Sheet picked up a Winter melt signal. Not only has Disko and Uummannaq Bay been flushed clear of sea ice during Winter. Now, just a few days later, we see the first iceberg of a four month early start to typical iceberg season for Newfoundland. Yet one more well out of season impact during a Winter that really isn’t like any Winter that could be considered normal — at least for what human beings or the living creatures of this world are used to.