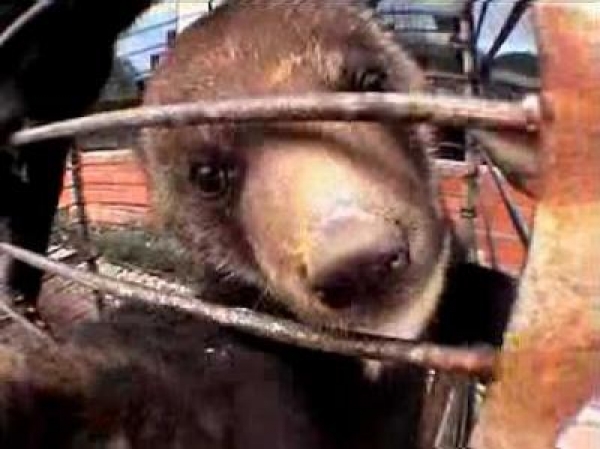 There is growing concern about the impact that illegal trade in is having on wildlife populations world-wide, while the potential risk posed to indigenous species should these imported alien animals escape, is also cause for concern.

Every year thousands of animals are removed from their natural habitats and smuggled between countries all over the world for the pet trade or for the illegal use of animal parts in traditional medicine and ornaments. The uncontrolled legal and illegal trades pose a serious threat to several animal species, including wild populations of cranes and rhinos.

In Africa, studies undertaken through a collaboration between the International Crane Foundation and Wetlands International in West Africa indicate that illegal trade is one of the main threats to Black Crowned Cranes Balearica pavonina.

Research undertaken by the Endangered Wildlife Trust / International Crane Foundation Partnership for African Cranes, indicates that Grey Crowned Cranes Balearica regulorum are similarly affected by illegal trade. In South Africa, 232 rhinos have been killed for their horns in 2010 alone. While there is an international ban on the trade in rhino horn, it is still illegally sold on the international market as an alleged remedy against fever, gout, rheumatism, and many other non-life-threatening ailments. It also has a tradional use in Yemen where ornamental dagger handles are made out or rhino horn. The most recent surge in poaching, however, appears to be linked to an alleged cure against aggressive cancer.

World trade also in the red

The World Trade Report 2010 notes that natural wildlife resources are an important and growing part of world trade. Sustainable wildlife trade can contribute to the economies of many developing nations, which are often rich in biodiversity.

TRAFFIC, the wildlife trade monitoring network, estimated the value of legal, international wildlife trade to be worth nearly US$300 billion in 2005 and there appears to be a steady increase in this value. However, wildlife harvesting and trade is often poorly managed and unregulated and so becomes unsustainable as it contributes to biodiversity loss and ecosystem degradation.

South Africa legally imports many wildlife species from other countries, and in some cases contributes to species decline in the wild as a result. The 2004 Significant Trade Review for the African Grey Parrot (psittacus erithacus), compiled by TRAFFIC for the CITES Animals Committee, indicates that t rapping for the wild bird trade is a major cause of the decline of this species, compounded by habitat loss. While quotas have been set for the export of African Greys in most countries, these have been exceeded, as shown by the discrepancies between reported export and import numbers from trading countries. South Africa imports some of the highest numbers of African Greys, and records show that between 2000 and 2004 imports from Cote d’Ivoire were four times higher than exports recorded by that country.

Problems of diseases and space

Indigenous wildlife can also be seriously affected when alien species are brought into a country. If imported pets escape or are deliberately released into an area where they do not naturally occur, they can become invasive species, competing with indigenous species for food and space. Furthermore, they can transfer imported diseases to indigenous wildlife or even humans.

Exotic animals may only be obtained from reputable, legal outlets and private dealers.

‘Before buying any animal as a pet one should ask where the animal came from, whether copies of the required permits for import into the province and conveying within the province are available and whether you need permits to keep the animal,’ says Rynette Coetzee, Project Executant with the Endangered Wildlife Trust‘s Law & Policy Program.

‘If answers to these questions are not adequate this should raise alarm bells about the legality of the transactions.’

David Newton of TRAFFIC East and Southern Africa says: ‘For sustainable trade in wildlife to become a reality, countries need to ensure more effective management and transparency of wildlife harvesting and trade.’

‘It is vital to look at how the trade is affecting wild populations and how big the illegal trade is, whether local communities are benefiting, how animal welfare issues and mortality could be addressed and whether the control systems in place are adequate.

‘Ideally only scientifically based quotas should be granted, with close monitoring of trapping and export activities, viable pricing and foreign exchange generation and a profit sharing system with local communities.’