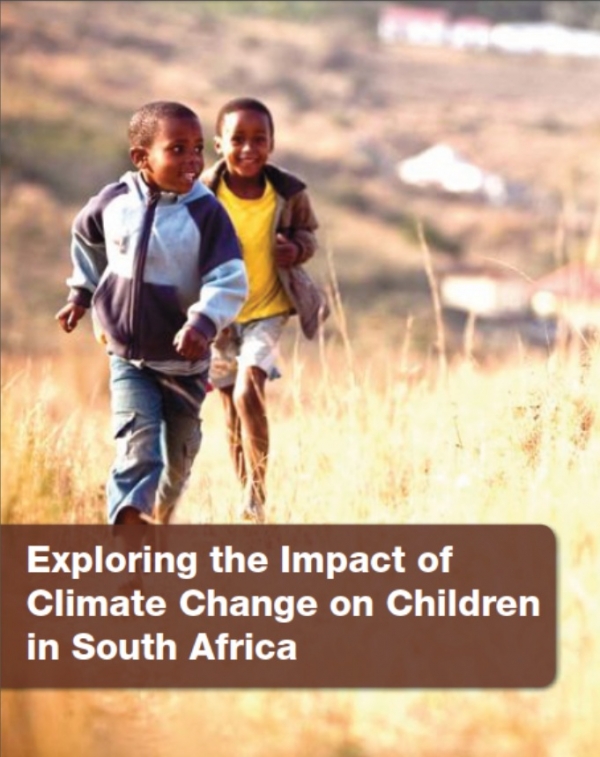 Earlier this week a report entitled Exploring the Impact of Climate Change on Children in South Africa was launched by the Minister of Women, Children and People with Disabilities, Lulu Xingwana (pictured), at the CSIR International Convention Centre in Pretoria.

The study was commissioned and funded by UNICEF South Africa in partnership with the Department of Women, Children and People with Disabilities and the Department of Environmental Affairs. The principle authors of the report were Lindsey Jones, Patricia Martin, Paola Pereznieto and Sarah Standley from the Overseas Development Institute (ODI).

The report highlights the likely impact of climate change on children’s health, education, nutrition, safety and access to adequate housing and sanitation in South Africa – both directly and indirectly. It also presents a body of evidence that South Africa’s climate is already changing, with increases in average annual temperatures and slight decreases in rainfall in recent decades. According to scientific models rainfall variability countrywide will increase, with consequences for the incidence of flooding and draught.

The burden of dealing with the impact of these changes in climate will not be distributed evenly across society. Children represent more than a third of South Africa’s population and are one of the social groups most vulnerable to climate change. Research shows that many of the main killers of children – diarrhea, malnutrition and malaria – are highly sensitive to climatic conditions.

“It is important that we make sure that children are equipped with the right knowledge and skills to understand climate change. Children are one of the social groups that are the most vulnerable to climate change and need to be consulted as they can make a meaningful contribution on the issues that affect their lives,” says Aida Girma, a UNICEF representative. Mr. Mzolisi Toni, Deputy Director General of the Department of Women, Children and People with Disabilities agrees and adds, “Children have the right to be included in discussions. They cannot only be seen as victims.”

Lindsey Jones, one of the authors of the report, in his discussion on the findings added that “Children need to be taken into account, as they are the largest population group, but the group with the least agency to influence decision-making.”  According to Minister Xingwana “the report comes at an important time.  We are launching it only days before the start of COP17 and it is an important source for policy makers to make sure children remain central to the climate change issue.”

Children are now speaking up

In an attempt to prove that the involvement of children in climate change discussions is taken seriously, a delegation of learners from different schools attended the launch of the report. Two learners, Mokgadi Seemola and Bridget Mphahle, shared their thoughts with the audience. “We have the ability to use our voices to change the future,” says Mphahle.

Seemola agrees. “I am a delegate of change, but not just any change, positive change,” he adds. “We need the help from people in politics who have a voice to say something. If COP17 is supposed to change something, everyone should know about it. I asked a Gr10 learner how global warming affects him and he said: ‘It doesn’t affect me; it affects the people in Cape Town who live close to the sea.’ That is ignorance.”

“Prioritizing child wellbeing in climate change related plans and programmes is our obligation as a society, under the Convention on the Rights of the Child,” says Aida Girma.

“UNICEF is committed to working with partners to ensure that child-related risks associated with climate change, as well as wider development pressures, are addressed.”

“Despite a heightened obligation towards the vulnerabilities of children; children are still invisible. Change is a certainty and action is required now,” says Patricia Martin, from the Overseas Development Institute. This, however, is no easy task.

“You are a soldier in World War Three,” says Mokgadi Seemela. “Global warming is Hitler, and we should do something about it.”