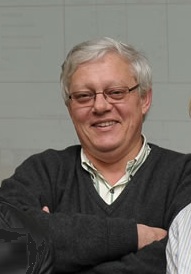 Agricultural economists from Stellenbosch University (SU) and the University of Ghent teamed up to study the varied impact of a government food security programme in KwaZulu-Natal.

The study, published in the journal Development Southern Africa, contributes to the on-going debate on rural food insecurity in South Africa, and forms part of the Stellenbosch University Food Security Initiative HOPE Project.

The EFSP is coordinated by the KZN provincial Department of Agriculture and Environmental Affairs in cooperation with the Flemish Development Corporation. It aims among others to improve agricultural practices, institutional capacity, to raise a focus on agriculture through education and awareness programmes, and to establish community gardens, home gardens and broiler projects.

Populations are seen as food secure when all members of a household at all times have enough food to eat to ensure an active, healthy life.

People’s self-reported experiences of food insecurity were noted through a Household Food Insecurity Access Scale (HFIAS). These included feelings of hunger, cutting down on the number of meals, eating food that is less liked or having a less diverse diet. Expenditure on food and the number of ‘hungry months’ in a year were also taken into account.

The researchers found that the EFSP improved people’s access to resources, and helped to diversify the diet available to the beneficiaries. However, the research team do not believe that the EFSP has markedly improved food security levels in the province.

More than half of the 390 beneficiary households interviewed experienced severe food insecurity, with many living on less than R12 per person per day. Households in the northern region were relatively more food secure than their compatriots in the southern region. Average diets consisted mainly of cereals, and some animal products.

Food production is rather diverse, with vegetables, cereals and tubers being the most important crops produced. Many respondents noted production difficulties related to access to water and lack of inputs.

The most important sources of income are social grants and gifts, followed by a formal salary. Unemployment is high because only one-fifth of the household heads receive an income by working for cash or in kind. Borrowing was the most important coping strategy when shocks or stresses such as food price increases or livestock losses occur.

“Beneficiaries view the outcomes of the project as very positive, while household diets and access to resources seem to have improved thanks to it,” notes Prof Marijke D’Haese of the Department of Agricultural Economics at Ghent University.

“Beneficiaries reported improved access to information and farm technology, but not to credit and markets.”

“The EFSP makes a difference to self-reported livelihoods, but it does not seem to lift households out of the food insecurity risk zone,” adds Prof Nick Vink of the Department of Agricultural Economics at Stellenbosch University.

“One obvious explanation is that food insecurity cannot be seen in isolation from other development questions such as income sources, rural and urban development, household demographics, and access to resources such as water, land, credit, technology and markets.”