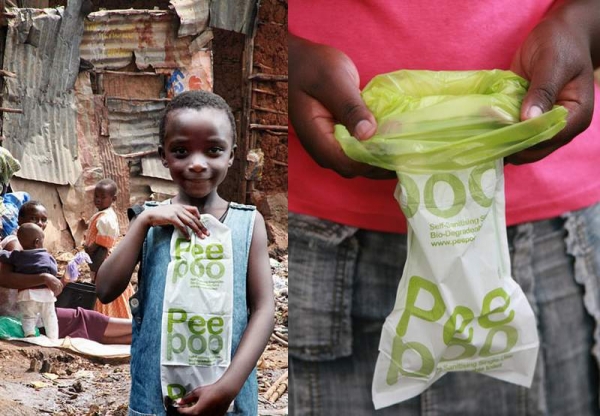 Invented by a Swedish architect and professor, the Peepoo bag is a single-use biodegradable toilet for slums in the developing world where there aren’t permanent facilities.

When I first saw the Peepoo bag I thought it was a joke, but after reading about it I realized it’s quite a novel idea. Basically it’s a plastic bag to go to the bathroom in, but this simple little bag employs some sophisticated sustainable solutions and solves some pretty daunting problems.

In the developing world, clean water and sanitation are very scarce. This is due to over population and lack of infrastructure and poses a serious health risk to the affected people. In these parts of the world not only do they lack the infrastructure to attain clean water, they also lack the infrastructure needed to deal with all their waste, so they end up contaminating the little water they have. Around the world, one child dies every 15 seconds from contaminated water. For them, the saying “don’t piss where you drink” isn’t a clever metaphor. It’s a real life challenge.

We have the technology to solve this problem. We have for ages, but the problem is that traditional wastewater treatment and sanitation systems are very expensive and difficult to install. That is where the Peepoo bag comes in. It is very affordable and easy to use.

The idea of using plastic bags to dispose of waste isn’t a new idea. Quite common in the slums of Kenya, they are called “Flying Toilets” because after they are used the bags are thrown out the window. These are simple, cheaply made, plastic bags and don’t really remove the waste, they just move it around. The Peepoo bag is different because of several features that actually make it a sanitation system. 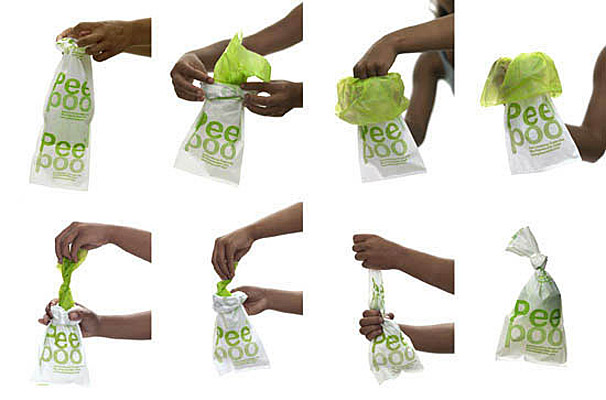 The Peepoo bag is a long thin bag (14 x 38 cm) with a guaze liner, and coated on the inside by a thin film of Urea. Urea is the most common fertiliser in the world and is a non-hazardous chemical. When the urea comes into contact with faeces or urine, an enzymatic breakdown takes place into ammonia and carbonate, driven by enzymes which are naturally occurring in faeces. As the urea is broken down, the pH value of the material increases and hygienisation begins. Waste born pathogens (viruses, bacteria and parasites) are killed over a period of a couple hours to a few weeks.

The Peepoo bags are biodegradable (currently made from 45% renewable materials but they aim to up that to 100%), and when the bags degrade in the soil, the ammonia byproduct acts as a harmless fertiliser taken up by the plants. So not only does the Peepoo bag help them get rid of hazardous waste, it provides a valuable agricultural resource.

An added benefit is that the Peepoo bags provide a sanitation while conserving one of their most valuable resources: water. The system doesn’t require any water, other than to wash your hands after use. 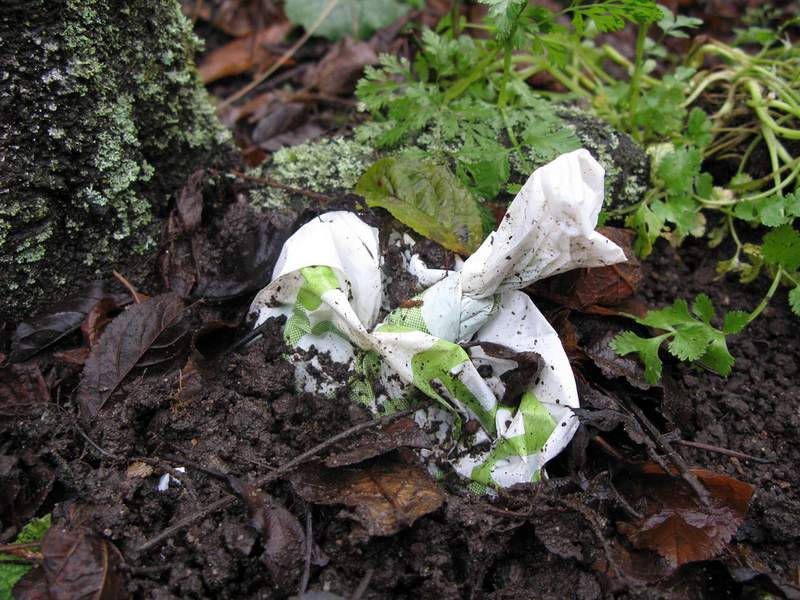