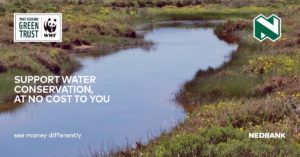 Africa’s first carbon-neutral bank, continued to demonstrate its commitment to water sustainability as a key participant and host of the Water Roundtable side event at the COP17.

Recognising that water is South Africa’s scarcest resource and one that could be seriously affected by climate change, the Nedbank Group actively promotes and supports a wide-ranging water stewardship programme using a three pillar approach by focusing on three elements of water sustainability – access, quality and quantity.

While a wide range of issues will be discussed at the COP17 deliberations in Durban, water will certainly feature prominently in the discussions, prompting Nedbank to provide this overview of its water focus. 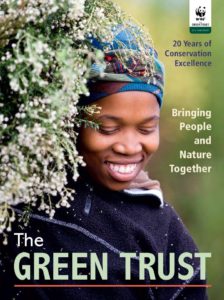 Nedbank is deeply committed to promoting sustainability throughout its own operations and those of its customers, including the usage and management of water, demand for which is estimated to exceed supply in South Africa by 2025. Over the past two years, the group has reduced its own water consumption by 17%.

Signifying its commitment to water stewardship, Nedbank earlier this year became the first South African bank to become a signatory to the international CEO Water Mandate. The group also subscribes to the Water Disclosure Initiative of the Carbon Disclosure Project.

At the end of August this year, the bank announced that it would be investing R9 million in the WWF Water Balance Programme, an initiative championed by WWF South Africa. Essentially, Nedbank’s funding will go towards removing alien plant species in two of the country major water catchment areas – Umgeni in Kwazulu Natal and Enkongala Grasslands in Mpumalanga – releasing more than 550,000 kilolitres of water a year back into system.

It is estimated that 3,300 million kilolitres of water is trapped by invasive plant species, equating to around 7% of South Africa’s water run-off, so it is easy to realise the hugely positive impact of this programme. Nedbank’s investment in the programme is proportionate to its own water usage. 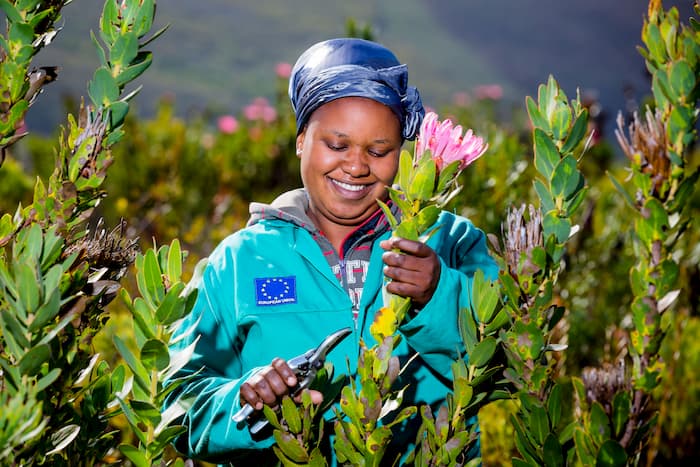 At the announcement of its WWF Water Balance Programme investment, Nedbank’s CEO, Mike Brown said: “We are enthusiastic about this next step in our sustainability journey and hope this encourages other corporates to play their role in making things happen.”

Protecting our water and wetlands

Through its 20-year association with the Green Trust, Nedbank has invested more than R115 million in a range of environmental projects, several of which have been focused on protecting water and wetlands around the country. Nedbank Capital has also funded a number of high-profile water infrastructure projects in Southern Africa.

As a strong supporter of communities around South Africa, the group also has a programme that concentrates its efforts on enabling people living in remote areas to gain easier access to clean, safe water. This programme provides hundreds of 90-litre Hippo Water Rollers to communities, enabling them to transport water over various terrains. 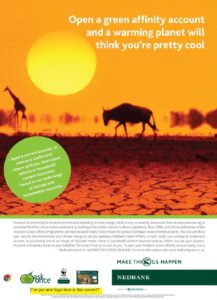 Through these various initiatives Nedbank hopes to make a positive contribution to ensuring water security and lead by example on an issue that it sees water as a vital cog in the sustainability wheel. Nedbank is fully focused on doing its utmost to improve the outlook for this most precious of resources.

The Banker magazine, a leading global banking publication, has named Nedbank Group as the South African Bank of the Year for 2011 at a gala function in London on 30 November 2011. This prestigious award recognises excellence in banking across the globe.

The Banker noted that “the trust that clients have shown in Nedbank Group through the recent financial crisis contributed to the recognition of being named ‘South African Bank of the Year 2011’ and is also testimony to Nedbank Group’s strong management, sound business model and prudent risk approach”. The award is even more noteworthy given the fact that South Africa was rated second in the world in terms of “soundness of banks” in the recent World Economic Forum’s Global Competitiveness Report.