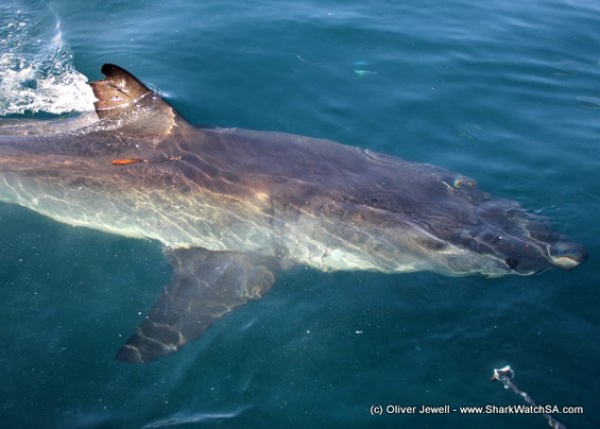 While the world’s attention is on the threat to the rhino, a new study has found that the great white shark might be in even greater danger of becoming extinct than previously thought.

The study by marine biologists from the Dyer Island Conservation Trust at Gansbaai in the southern Cape found that the total number of great white sharks in Gansbaai might be as much as 50% lower than the previously estimated.

By taking more than 20 000 photographs of sharks’ dorsal fins over five years in Gansbaai – where the world’s densest population of the species is located – scientists were able to identify only 532 sharks in the area.

“Marine biologists used open population statistics to extrapolate their findings [and estimated] the number of great white sharks in this densely populated area is most likely less than 1000,” said the trust.

A study by Canada’s Dalhousie University has found that up to 100 million sharks are killed by humans every year.

“With an increasing demand for their fins, sharks are more vulnerable today than ever before,” said Boris Worm, a professor of biology at the university.

Sharks are fished for their meat, liver oil, cartilage and fins.

The fins are often hacked off while the shark is still alive to be used in shark fin soup, an ancient and prized delicacy in East Asia.

Since sharks have slow growth and reproductive rates, it is difficult for them to recover from a substantial knock to their population.

Wcisel said there were known finning operations in Mozambique. 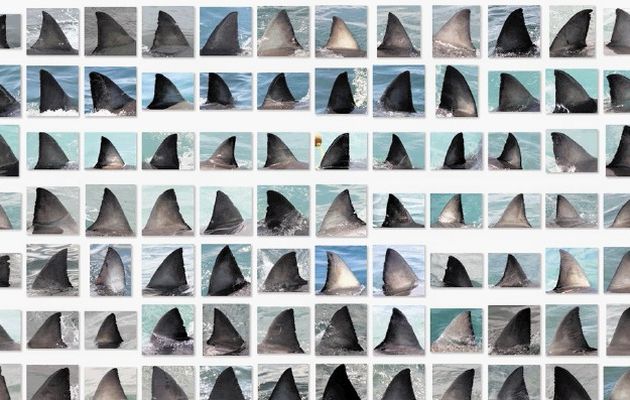 In 1991, South Africa became the first of only five countries in the world to protect the great white, which is listed as “vulnerable to extinction in the wild” on the International Union for Conservation of Nature red list.

But Wcisel said though sharks were protected they were open for the kill in international waters.

“Last year, one of the sharks we were monitoring was fished and killed in Mozambique, and another was killed in a shark net off the coast of KwaZulu-Natal,” she said.

Though South Africa has been at the forefront of the conservation of the species, the founder and chairman of the Trustees of the DICT, Wilfred Chivell, said: “It is time for South Africa to take the initiative because time is clearly not on the side of the great white shark.”

Scientists have taken over 20000 pictures of the dorsal fins of great white sharks at Gansbaai but have identified only 532 individual sharks over a five-year period. Images: SharkwatchSAÂ