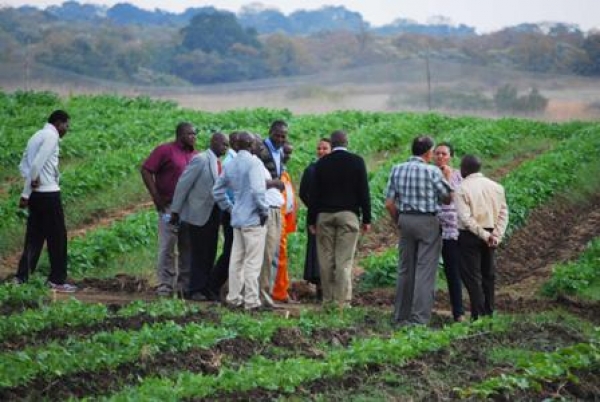 As part of their ongoing mission to support emerging farmers, Pick n Pay has made a commitment to provide dedicated organic produce shelf space in 50 of their stores.

This commitment was  made to the Department of Trade and Industry (DTI) in March this year, in order to further assist in the development of the organic produce sector and emerging farmers around the country.

Following this, Pick n Pay has announced its partnership with Nkomamonta Organic Farmers’ Cooperative in Tzaneen in Limpopo Province, which will see the cooperative supplying 217 tons of organic vegetables to Pick n Pay stores countrywide.

Nkomamonta Organic Farmers Co-operative was formed in November 2005 and consists of 16 member farmers, established to market their product which is primarily organic vegetables. The cooperative is currently registered as a Primary Co-operative and will register as a Secondary cooperative once all entities are formalised.

“Through the support of the Ackerman Pick n Pay Foundation, the project has a developed niche advantage in the market by positioning itself as a supplier of organic produce,” said Suzanne Ackerman-Berman, Transformation Director at Pick n Pay.

“Consumers are becoming increasingly more health and environment conscious and through this project we aim to increase the availability of organic produce. The Nkomamonta farmers have risen to the challenge and we believe they are set to become a key role player in this market.”

The Ackerman Pick n Pay Foundation’s mission has for many years been to support emerging farmers and small suppliers around the country, not only though providing much-needed market access, but also through mentorship and training programmes as well as assistance with the acquisition of equipment, livestock and agricultural input requirements.

Central part of the supply chain

“This partnership feeds directly into Pick n Pay’s produce strategy, with our buying teams working closely with the Foundation and other supporting bodies such as the DTI, IDC and NEF to develop and grow emerging farmers,” said Ackerman-Berman. “The partnership with Nkomamonta speaks to the fact that our vision, which is to develop small and emerging famers into sustainable businesses, is becoming a more central part of our supply chain and we will continue to increase our support and partnerships with small farmers as part of an inclusive business value chain.”