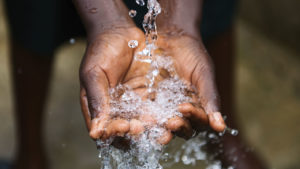 Today is World Water Day. South Africa’s water security continues to be vulnerable and has again come into focus following the findings of a UN report warning that global water scarcity is increasing.

While load shedding and electrical power constraints have been increasingly dominating headlines in recent weeks, it has overshadowed dire water security issues in many parts of the country.

Cape Town may have narrowly avoided “Day Zero”, yet it has become a case study of how towns and cities in South Africa and the world at large can be affected by water stress. There are presently many other metros across South Africa, including Gauteng, Nelson Mandela Bay and eThekwini experiencing high levels of water stress.

The theme for this year’s World Water Day is “Leaving No One Behind”, a call to action that Relate CEO Neil Robinson believes needs sterner attention from authorities and consumers in South Africa.

“Water shortages in parts of South Africa are here to stay for most of us, but South Africa’s poor and those living in informal settlements are at greatest risk from waterborne diseases that stem from inadequate infrastructure and water scarcity,” said Robinson.

According to UN figures, 1.2 billion people globally live in areas of water scarcity, while 1.6 billion face economic water scarcity due to minimal or ineffective water supply infrastructure. This is further compounded by results published in the WWDR, that a third of the world’s population lack access to safely managed drinking water services and only two fifths have access to safely managed sanitation provision.

UNESCO figures anticipate that within the next six years two thirds of the world’s population could be under water stress conditions, while 1.8 billion people will be living in countries with absolute water scarcity.

South Africa received a great deal of international attention as a consequence of Cape Town’s drought crisis, which peaked during 2017 and 2018. However, findings by the Institute of Security Studies (ISS) suggests that water scarcity nationwide is primarily a result of long-standing vulnerabilities in South Africa’s aging water systems. This not only echoes WWDR global analysis but points to an ever broadening crisis for all South Africans, with underprivileged citizens likely to bear the brunt.

According to the Institute for Security Studies’ most recent report, South Africa’s water consumption stands at approximately 235 litres per capita per day, compared to the global average of 175 litres per capita per day. Although water restrictions in Cape Town have been steadily relaxed from Level 6b in mid-2018 to Level 3, owing to rising dam levels, there are signs that water usage complacency among citizens persists.

Relate is partnered with the Rotary SafeWater Project, which provides clean drinking water to disadvantaged communities across Africa. To date, Relate and Rotary WaterSafe Project has raised over R560,000 for purchasing and distributing water purifiers that remove bacteria and harmful parasites from contaminated water.

Robinson says: “While partnerships and sustained NGO efforts are a vital force in addressing water scarcity issues that affect disadvantaged people, it will take a serious and concerted effort by authorities to genuinely ensure that no one is left behind.”