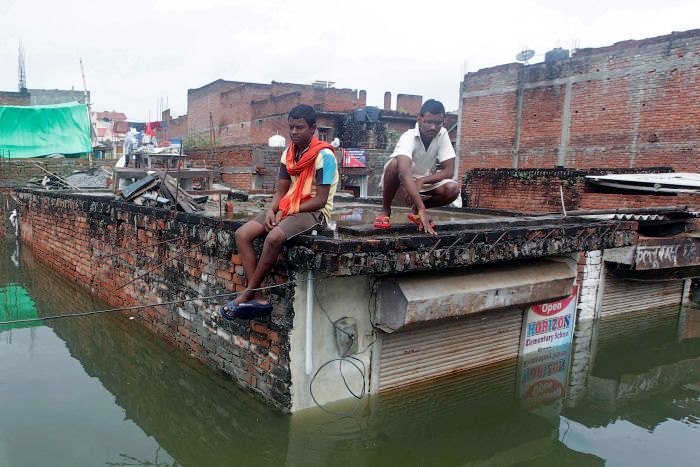 Men sit on the roof of a partially submerged shop in Allahabad. Image: Jitendra Prakash.

At least 300 people have died in eastern and central India and more than 6 million others have been affected by floods that have submerged villages, washed away crops, destroyed roads and disrupted power and phone lines, officials say.

Heavy monsoon rains have caused rivers, including the mighty Ganges and its tributaries, to burst their banks forcing people into relief camps in the states of Madhya Pradesh, Bihar, Uttar Pradesh, Rajasthan and Uttarakhand.

Government officials in Bihar, which has seen some of the worst flooding this year with almost 120 dead and more than 5 million affected, said the situation was serious.

“The flood waters have engulfed low-lying areas, homes and fields of crops,” said Zafar Rakib, a district magistrate of Katihar, one of 24 districts out of Bihar’s 38 districts which have been hit by the deluge.

The holy city of Varanasi, where thousands of Hindus flock daily, was also forced to halt cremations along the banks of sacred Ganges river — forcing families to cremate their relatives on the terrace roofs of nearby houses, officials said.

Television pictures showed villagers wading waist deep in floodwaters with their livestock, mud-and-brick homes collapsing and people climbing into wooden boats to get to relief camps. 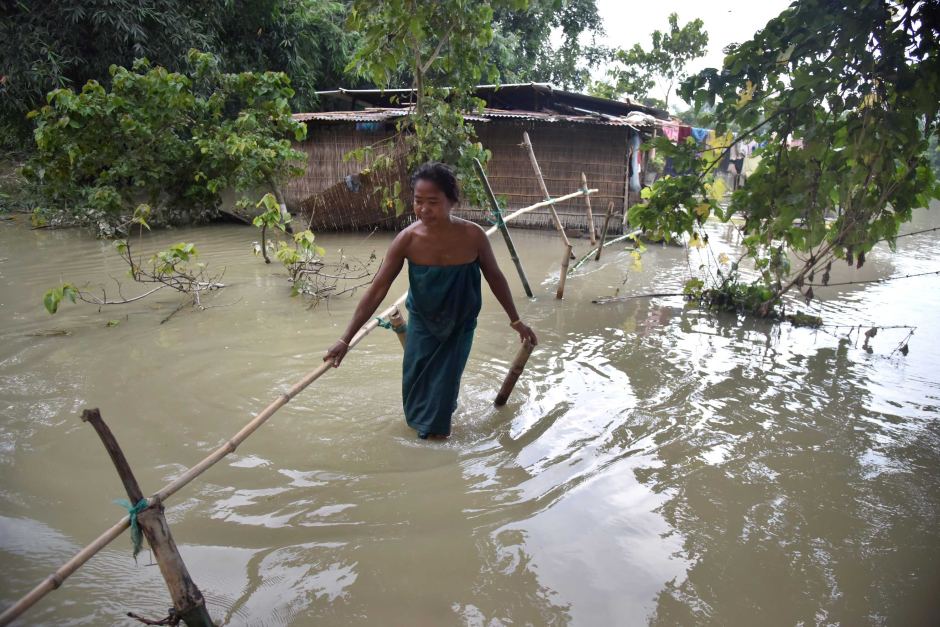 “We are all worried about what we should do. For the last four days we have living like this. We don’t even have any food to eat,” 42-year-old villager Doda Yadav told the NDTV news station from Ballia district in Uttar Pradesh.

India usually experiences monsoon rains from June to September, which are vital for its agriculture — making up 18 per cent of its gross domestic product and providing employment for almost half its 1.3 billion population.

But in many states across the country, the rains frequently cause landslides and flooding that devastate crops, destroy homes and expose people to diseases such as diarrhoea. 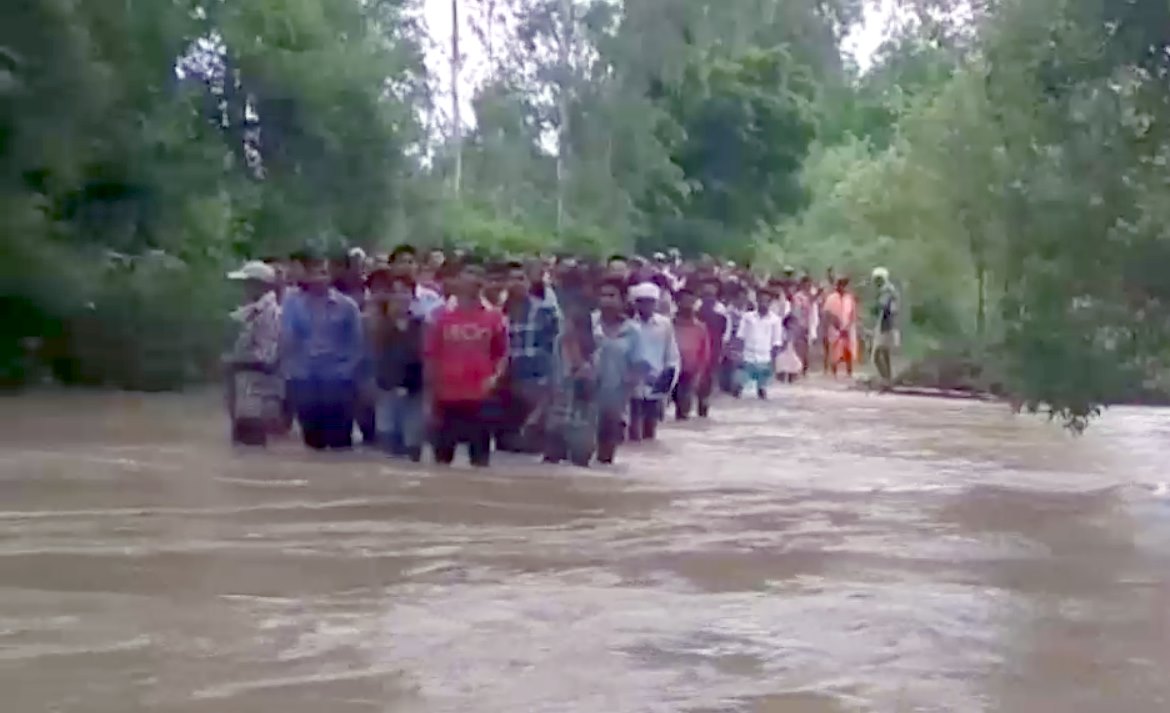 “I pray for the safety and well-being of those in areas affected by floods,” Mr Modi said in a statement.

“The centre assures total support in the rescue and relief operations.”

Aid agencies responding in Bihar and Uttar Pradesh said it was critical to be better prepared to minimise the deaths, displacement and devastation which is caused every year.

“Nowadays, floods are seen as a chronic problem and are viewed quite differently from other emergencies — so they often no longer attract adequate attention from either the media or donors,” said Thomas Chandy, CEO of Save the Children in India.

“In such a scenario, therefore, it is critical that we develop better, more effective, long-term solutions to cater to the plight of people and children in preparedness for floods.”