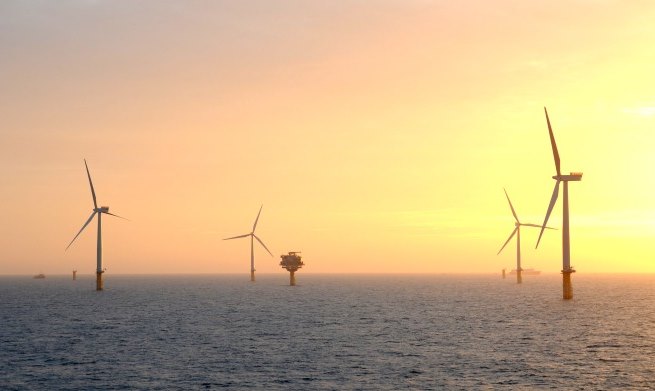 In the last few months there is a movement afoot in India to speed up the development of wind energy projects and open up the offshore wind sector. This shows from the  government’s decision to continue with policies such as Accelerated Depreciation (AD) and Generation-Based Incentive (GBI) – along with its plans to launch the Wind Energy Mission.

In what can be seen as a further impetus, a consortium led by the Global Wind Energy Council (GWEC) is implementing the Facilitating Offshore Wind in India (FOWIND) project. Other consortium partners include the Centre for Study of Science, Technology and Policy (CSTEP), DNV GL, Gujarat Power Corporation Limited (GPCL), and the World Institute of Sustainable Energy (WISE).

The project essentially seeks to establish structural collaboration and knowledge sharing between the European Union and India on offshore wind technology, policy and regulation, and serve as a platform for promoting offshore wind research and development activities. It focuses on the states of Gujarat and Tamil Nadu for identification of potential zones for development through preliminary resource and feasibility assessments for future offshore wind developments, as well as through techno-commercial analysis and preliminary resource assessment.

On behalf of the EU-funded FOWIND project, GWEC developed and presented the pre-feasibility report for Gujarat and Tamil Nadu.

The four-year project aims to put together a roadmap till 2032 for developing a sustainable and commercially viable offshore wind industry in India. The report outlines a number of credible technical solutions for offshore wind development in the potential zones.

Full-scale feasibility assessments will still be necessary. But Shruti Shukla, Director, Policy and Global Projects, GWEC, believes that this report offers a starting point. The next step will be to measure offshore wind at specific places. Wind speed, its distribution over the year, nearness to coast, water depth and availability of port and grid infrastructure will determine the potential of a project.

Sandhya Sundararagavan, a research scientist at CSTEP, Bengaluru, explains, “With a vast coastline of 7,500 km, it is estimated that India’s offshore wind energy potential is around 350 GW. Studies based on limited resource measurement methods indicate that best offshore wind power densities within Gujarat are located along the Saurashtra coast, in the Gulf of Khambhat and in the Gulf of Kutch, while the highest mean wind speeds were found along the coastline between Rameswaram and Kanyakumari in Tamil Nadu.”

The case for offshore

India has the world’s fifth highest onshore installed wind capacity, and the focus has been on it. On-shore wind contributes 65% of the renewable capacity in India and is a mature industry.

Sundararagavan thinks offshore wind should not be considered a substitute but an additional resource. There is still a long way to go, at least 5-10 years, for the offshore wind sector to match the scale of onshore installations, she points out. This is partly due to high costs and development of suitable infrastructure which are yet to take place.

Nevertheless, this sector is getting some visibility, especially with the constitution of National Offshore Wind Energy Authority and the launch of a Draft National Offshore Wind Energy Policy in 2013. “Keeping this in view, we hope that offshore wind development activities will gain some momentum in the next couple of years,” Sundararagavan told indiaclimatedialogue.net.

The offshore sector is familiar territory for Suzlon, which has mature technology available and has delivered offshore platforms to the tune of 10,000 MW – along with subsidiary Senvion in Europe.

The development of the offshore wind sector has been primarily in the waters off northern Europe. Shukla of GWEC feels the success of onshore wind has led to a series of unrealistic expectation for the rapid growth of the offshore sector, but this has run up against reality time and again, especially in Europe.

She cautions that the offshore sector is really a different industry altogether, in terms of scale, capital requirements, and operational and technological challenges.

As far as the report goes, Shukla clarifies that it makes no comparison between onshore and offshore wind. “FOWIND looks to facilitate a low carbon energy future for India’s energy sector and assess the role offshore wind can play therein. It can be one of the key options for the energy planners in the near future. This report covers high level, preliminary studies on project siting, wind farm design and installation strategies for offshore wind.”

India’s Ministry of New and Renewable Energy has undertaken extensive public consultation on the draft offshore wind policy. “We expect the final policy to be announced soon,” Shukla said.

Sundararagavan feels there is a need for conducting infrastructure assessment studies in states covering supply chain, grid infrastructure, logistics (ports and vessels) and socio-environmental aspects. “This will help in identifying gaps and requirements for offshore wind related developments in the future.”

With over 3,000 MW of installed capacity, Gujarat is the second largest wind energy producing state in India. Now Suzlon has decided to undertake a pilot project off its coast. Tanti told indiaclimatedialogue.net, “Suzlon is conducting a techno-commercial feasibility study in Gujarat and 1,000 MW potential which has been identified, is to be built in bay of Kutch. The first pilot offshore project by the company will be for 600 MW and is likely to come up in Gujarat in span of three to five years.”

Tamil Nadu has the highest share of onshore wind installations in India and was the first state to exploit this technology. Having high wind speeds along the coast, it has an advantage over other states when it comes to offshore.

Sundararagavan told indiaclimatedialogue.net, “We believe that suitable mechanisms and frameworks, if introduced expeditiously, will attract both public and private investment to develop and promote this sector in TN.”

As per the GWEC study, while the cost of offshore wind projects is still high, there are clear indications that they can be brought down substantially through experience and economics of scale.

Shukla says that in the FOWIND reports, offshore wind project costs are suggested using international experience and environmental considerations. For projects in India the local conditions will have a very significant impact on costs.

It is well over 10 years since the first commercial-scale offshore wind farm, Horns Rev, was completed in the Danish North Sea. Experience in European and later in the Chinese markets show that the cost of offshore wind projects currently is higher than other commercial scale renewable energy technologies. But there are clear indications that the costs can be brought down substantially through experience and economies of scale. Costs have come down in Europe.

Sundararagavan points out that costs depend on a variety of factors, including turbine capacity, wind resource availability, wind farm capacity, foundation type and electrical infrastructure. She agrees that with increased market penetration and indigenisation of manufacturing and creation of necessary supply chain, costs will see a downward trend, as with other renewable technologies.

According to Tanti, even though offshore requires 2.5 times the investment, the energy production from offshore is also double. “Further, with offshore, you can go in scale, which can help bring down the parity.”

Experts think offshore wind generation costs can come down 30-40% by 2023 through these methods:

Experts are hopeful that offshore wind will become a strong, steady power source in India.