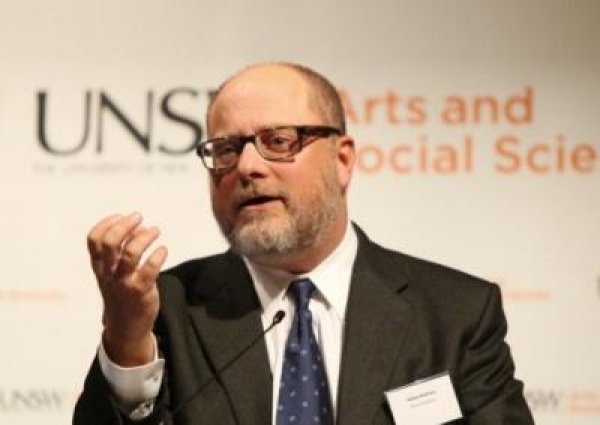 Industrial conflict and protests that are currently taking place in South Africa may cause unwanted disruption, but it is a positive sign that those who are doing so have the freedom to express their sentiments in a peaceful way.

That was the view put forward by Adam Kahane (pictured), author of ‘Power & Love’ and Associate Fellow at the Saïd Business School of the University of Oxford – who was speaking at the University of Stellenbosch Business School (USB) on how societies can peacefully effect change. The discussion forms part of the USB’s series of Leaders Angle talks.

Kahane, who has facilitated in a number of political and commercial conflicts around the world including the Dinokeng Scenarios in South Africa, says industrial action such as the Pik-it-up strike, service delivery protests and political clashes are a positive development for a country, signifying the ability of the public to put their own views forward.

‘In the UK, there has been an increasingly more prominent wave of protests, particularly amongst immigrant groups, who were previously too scared to stand up and protest. This is a very positive indication that the society in which these groups find themselves is more accepting of disparate viewpoints and of working to find a solution for various parties.’

He said for societies to actually move forward, it is important for these disparate groups to be able to work together to effect change.

‘I have worked with teams of leaders from government, business and civil society who all shared concerns for a particular social challenge but realised that they cannot progress on an issue alone.’

Kahane has worked on a variety of issues such as climate change in Canada, mining safety in South Africa and succession issues in Sudan.

‘What I have learned over this period of time is that the answer to the question of how we effect change peacefully, in the increasingly complex, confusing and conflictual context in which we find ourselves, is power and love.’

In South Africa specifically, which by its nature needs to balance the viewpoints of many different groups, this can become difficult.

‘When everyone is exercising their constitutional power and trying to find common ground, one finds that there is a lot of disagreement because no-one is keeping quiet. However, the challenge here is to continue to find peaceful resolution to these conflicts.’

Kahane warns that this is a challenging and precarious balance to achieve in a democracy like South Africa and requires constant adjustment by all parties.

Kahane concluded his discussion with the words of Martin Luther King:

‘What we need to realise is that power without love is reckless and abusive, and love without power is sentimental and anaemic.’