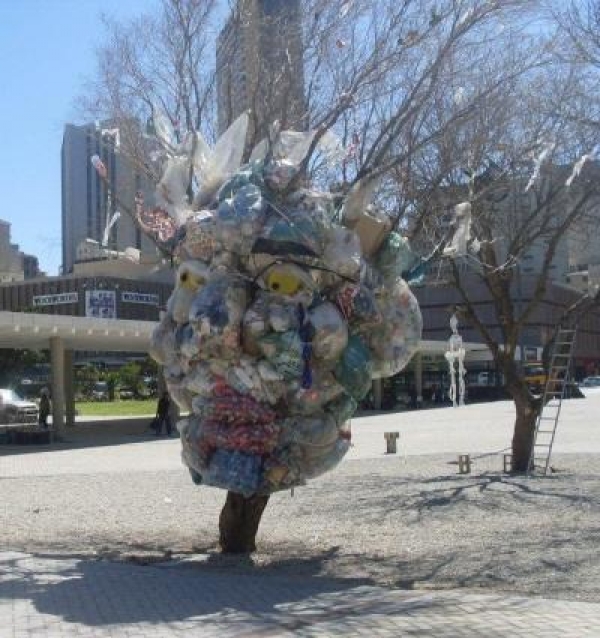 Music, art and waste formed a fusion of culture and new creativity in Cape Town during the Infecting the City Spier Public Arts Festival. There was the chanting of Sufi sacred texts, martial art based on the knife-fighting techniques of the Cape Flats, hip-hop ‘B-Boy duels,’ and traditional riel dances of Khoisan farm workers. And large-scale art works made from recyclable waste collected by waste minimisation company Wasteplan.

This was a project of the Africa Centre, which placed provocative, innovative art in the communal spaces of the city’s Central Business District (CBD). It took place at the newly refurbished Forecourt of the Cape Town Station ‘the Gateway to the City,’ which celebrates its 150th anniversary this year.

A collection of visual artists developed art works throughout the Festival on the Station Forecourt.

The theme of the 2011 Festival was Treasure, which encapsulated the vibrant and cosmopolitan diversity of Cape Town. WastePlan was asked to collect 80 bags of clean recyclable waste from 5 different socioeconomic areas: Khayalitsha, Mitchells Plain, Pinelands, CBD and Clifton-Camps Bay. This was brought to the Cape Town Station, where it was sorted, keeping the 5 areas separate. 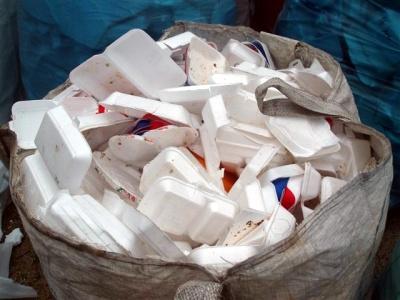 The sorted piles were placed on orange and black squares: paper, plastics, tins and glass. On the opening day of the festival, people coming off the trains were able to see the different brands of packaging waste discarded in different socio economic areas, indicating the different consumer patterns.

Then the artists took the waste and created art over the 6 days that the festival ran – see accompanying pics. 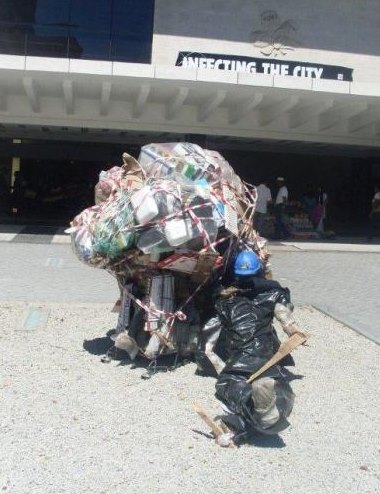 There were many other creative waste happenings too and  kids were taught to make  musical instruments from waste products such as cores, bottles and bottle tops.

WastePlan earned R10,000 for their efforts and this money will go towards buying music centres for the sorters at the Maitland materials recovery centre (MRF). The 12 sorters who passionately helped to make this initiative possible is also going to be treated to a trip up Table Mountain next weekend, something which none of them had done before.