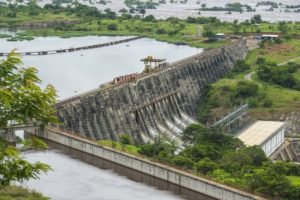 The complex of the Inga Dams, two hydroelectric dams connected to one of the largest waterfalls in the world, Inga Falls (former Livingstone Falls). They are located in the western Democratic Republic of the Congo and 140 miles southwest of Kinshasa. the Inga dam is Africas largest power plant and there are currently plans to build a third Inga dam, which would make the complex the world’s largest hydroelectric project. Image: Getty

The Democratic Republic of Congo (DRC) concluded a week-long conference in June earlier this year on the beleaguered Grand Inga Dam Project, where South Africa restated its commitment to purchase 5000MW of electricity from the proposed project, and the SA Ministry of Mineral Resources and Energy is reported to be pressing ahead with their plans to procure power from the project. International Rivers and WoMin African Alliance want to sound the alarm on these plans.

The reinforced commitments to Inga 3 came amid concerns around the debt that South Africa will incur as a result of pursuing its interest in a project that is forecast to cost the economy well over $4billion dollars for the transmission lines alone. What is alarming is that this commitment comes at a time when the world is in the midst of the COVID-19 pandemic, which is already taking a heavy toll on the South African economy.

It is therefore ill-timed for South Africa, during an epidemic that has hit the country and that is leading our governments to obtain loans from International Finance Institutions (IFIs) to envision that the economy will support further debt to finance a project of this nature. South Africa is in a recession. The focus of the South African government ought to be on a post – COVID-19 economic recovery. Given the uncertainty and economic toll that the pandemic has imposed, the Inga 3 project cannot be prioritised at this time.

South Africans have largely been excluded from information and participation in decision making on the project, yet South Africa stands to import electricity from Inga 3 through at least two countries and its citizens would foot the bill for the transmission lines which would cost billions of dollars.

International Rivers’ Spokesperson, Aqeelah Hassen has expressed that, “Our government wanting to push ahead with a project that will only incur more debt is irresponsible. With the weakening of the Rand and South Africa’s credit rating downgraded to Junk Status, we are not in any position to place the economy at further risk by incurring debt to fund the Inga 3 plans”.

Caroline Ntaopane, South Africa National Campaign Coordinator at WoMin stated that “It is in the interest of the South African government to put its citizens first by focusing attention on economic recovery rather than on costly projects that have no benefit to the economy, and energy poor communities and women and which will further push the country into debt.” 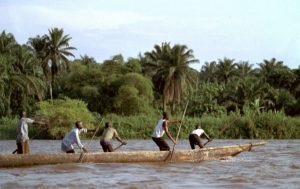 The SA government has still not conducted a feasibility study on the project despite submissions to Parliament by the two civil society organisations late last year on the Medium Term Budget Policy Speech.

In addition to South African’s concerns around the project, the Inga Dam presents a number of concerns for the Congolese people.

While over 90% of Congolese people lack access to electricity, power from Inga 3 would not be for Congolese citizens, but rather for foreign mining companies and for export. Of the 11,000MW planned for generation from Inga 3, approximately 3000MW would be sold to mining activities in the DRC’s Katanga province; 5000MW would be exported thousands of kilometers away to South Africa via what would be the world’s longest transmission line and any remaining power has been pledged toward the DRC’s state energy utility. Meanwhile, countries such as Nigeria and Angola, mining conglomerates such as BHP and Fortescue, and most recently interests from Germany have made competing claims to power from Inga 3 and subsequent phases at the Inga site. What is clear is that Inga would do little or nothing to provide power to the majority of Congolese citizens who have no access to it.

Even more disturbing, Inga 3 would displace and impoverish over 37,000 people. Community members residing in villages around Inga could be forcibly displaced from their ancestral homes. Previously-affected communities from the construction of Inga 1 and Inga 2 decades ago were displaced and never compensated, resulting in the impoverishment of thousands of people over multiple generations, most of whom would be displaced again with the construction of Inga 3. Thousands more farmers would be rendered landless, jeopardizing food security while communities depending on fishing would also be significantly impacted. 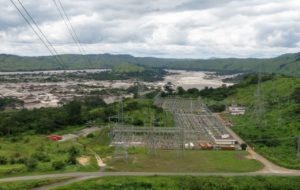 Despite facing existential threats, Inga communities have not been consulted to attain their consent to the project; instead their strong opposition to the project has been ignored. Local communities have been excluded from decisions related to the project and left in limbo over their fate for years. No social and environmental impact assessments have been conducted to concretely determine Inga 3’s impacts or what measures would be taken to mitigate them.

Inga 3 would burden the Congolese public and future generations with billions worth of debt and economic risks. Studies show that Inga 3 would constitute a significant debt risk to the DRC government, with financial losses stretching to billions of dollars over the project’s lifespan. With a price tag in the tens of billions of dollars, Inga 3 risks ballooning the DRC’s debt burden and harming DRC’s long-term economic health.

The Inga 3 dam will cause significant environmental impacts including a reduced flow of the Congo River which will result in a loss of biodiversity and a shift in the dominant water species. We are also concerned that the construction of transmission lines will require the clearance of huge corridors of forests. It is also acknowledged that with increasing droughts due to climate change, the level of water in the dam will be reduced, which reduces the ability to produce power.

Better options exist to provide energy to the majority of Congolese citizens. A study from researchers from University of California, Berkeley showed that DRC’s ample wind and solar could be harnessed to both meet needs of communities in rural areas away from the grid, and to power cities.

Both South Africa and The DRC appear to be committed to Inga 3 at the expense of cheaper, less risky and more sustainable energy alternatives. This begs the question of why both these states appear so determined to push ahead with projects that will cost them more than it is worth.