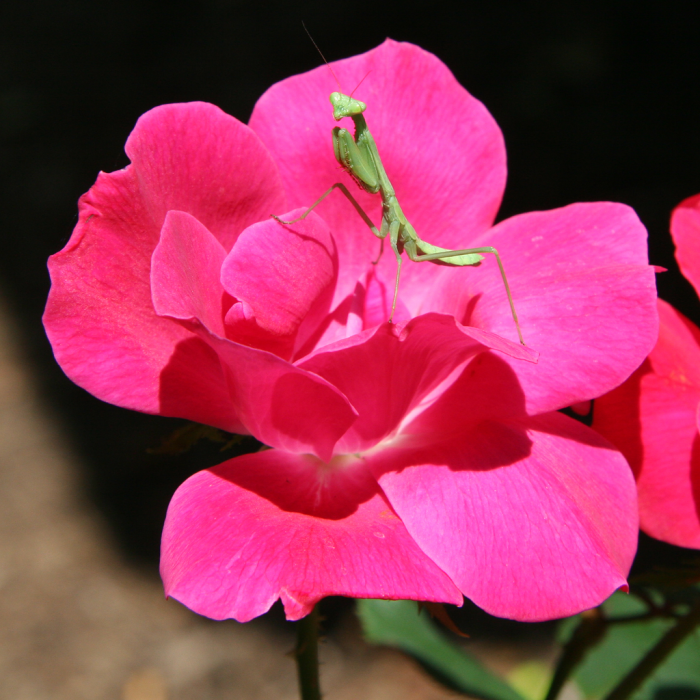 A European mantis hunts for prey on a shrub rose. Image: Huw Williams

The idea that insects are a good thing for a food garden might seem contradictory. After all, most food gardeners have battled against caterpillars chomping leaves into lace, aphids sucking the life out of plants, or cutworms decapitating newly planted seedlings.

But there is a whole host of beneficial insects out there and encouraging these into your garden is vital if you are to successfully grow organic food. Beneficial insects help control insect pests, rejuvenate the soil, and pollinate plants- an essential function for many food plants to produce food. 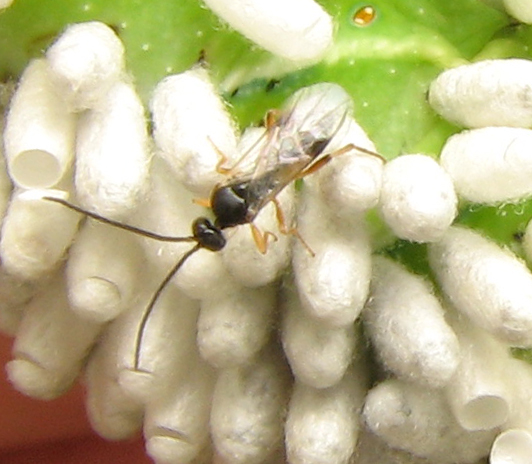 Predatory wasps, for instance, feast on a range of plant chomping insects such as caterpillars and aphids. Besides being great predators, many wasp species are also fascinating master builders.  Some species build an assortment of turrets, tunnels, cells and colonies out of mud and sand. Others use plant material to create intricate, delicate paper like nests or silky cocoons. Mason wasps conveniently provide their young with a house, as well as a well stocked larder. They build single celled nests out of mud and stock these with a living, but paralyzed insect, and deposit an egg into this cell. When the wasp larvae hatch they have a ready source of fresh convenience food at hand.

Parasites eat other insects while these are still alive. They may, or may not, eventually kill their victims, but either way parasite infected pests suffer serious health problems that limit the amount of damage they can do to a food garden.

Parasitic insects often lay their eggs near, or on, their victims. When the eggs hatch, the insect larvae feast on the living body of their host. By the time the larvae are ready to hatch into adults, they have often chomped their way through their whole victim from inside out, and all that remains of the victim is an empty, dead shell. Many insect species are only parasites in their larval stage. When they mature into adults they may perform different but useful roles, such as pollination or predation. 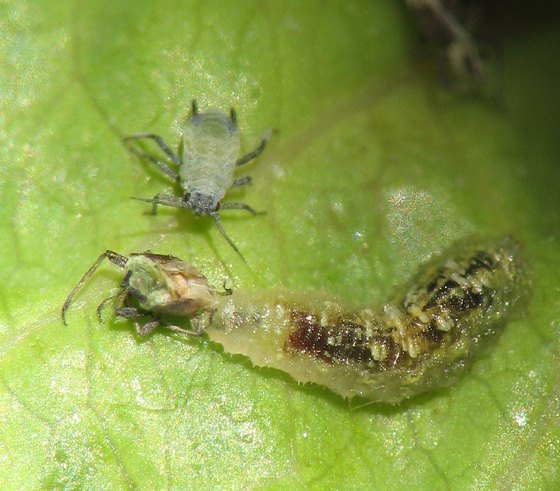 To encourage beneficial pest controlling insects into your garden, take these steps:

Pesticide may kill insect pests, but they also kill the insect predators and parasitic insects that would control the pests of you gave them a chance. Having a few insect pests in a garden is not a problem. What one wants to prevent is outbreaks of large numbers of damaging insect pests. In fact, some pests are necessary in a healthy garden ecosystem. They provide food for the pest controlling creatures that like to eat them. If there is a sudden pest outbreak, predators may take a little while to breed up in sufficient numbers to cope with the increased numbers of pests. If you spray pesticides just as pest controlling creatures are beginning to increase, you are effectively undoing all your efforts to create natural organic forms of pest management in your garden.

To be effective, pest predators and parasites need enough food, shelter, and habitat for them to survive all year, and throughout their life cycle.

Many species of ladybird beetles, for instance, dine on aphids and other small, succulent insects. In cold winters adult ladybird beetles hibernate, seeking out shelter in thick leaf litter, and amongst rocks and bark strips. In early spring, when aphids are in short supply, ladybird beetles may feed on pollen, including pollen from weeds such as dandelions. Later in the season adult ladybird beetles seek out plants that host their prey, such as aphids, to lay their eggs on. When the eggs hatch the larvae feed off the nearby prey, and so do the adults. 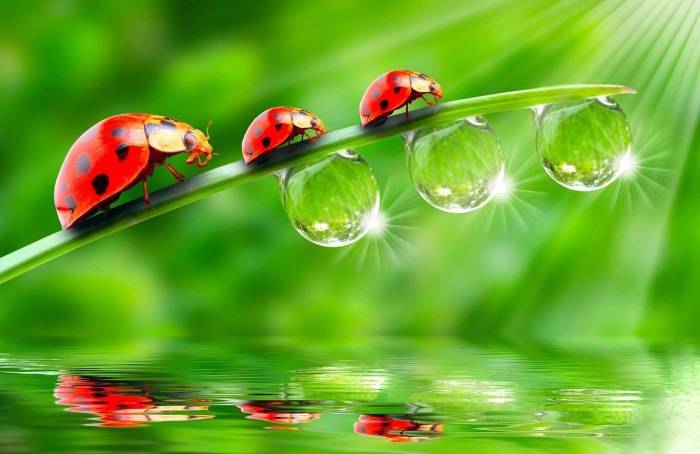 Ladybirds are a beneficial insect commonly sold for biological control of aphids.

Even if your focus is food gardening, create a small patch of habitat to shelter beneficial insects. Plant some local indigenous flowering plants, leave fallen leaves on the ground (or use mulch) to provide shelter for useful predatory insect such as spiders, beneficial mites, nematodes and parasitic ground beetles, and provide a shallow basin or wet stone as a water source. Predatory and parasitic insects such as wasps, predatory flies, and ladybird beetles particularly enjoy flowers from the Umbelliferae family. 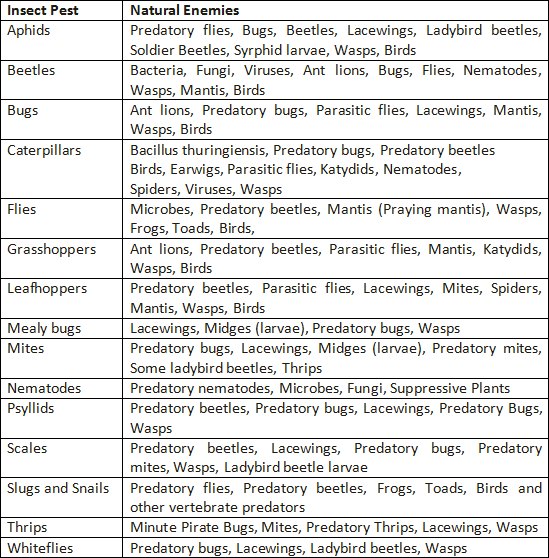