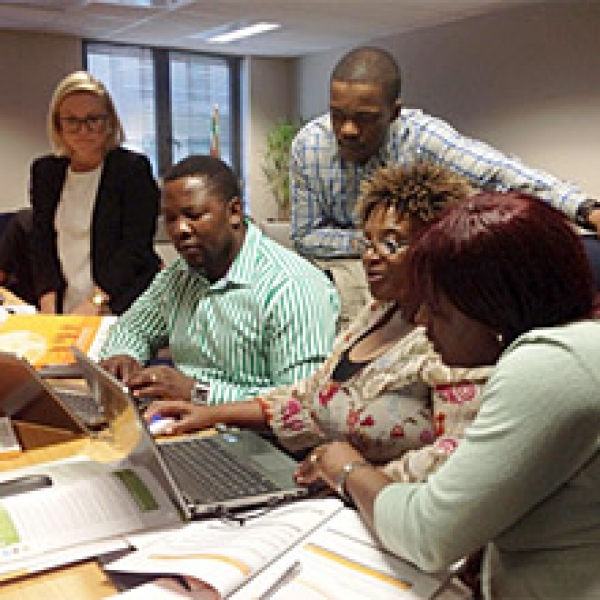 The rollout of the Let’s Respond toolkit kicked off with several introductory workshops coordinated by the South African Local Government Association (SALGA).

In these workshops, role-players from private and public institutions as well as universities shared the work they are doing in collaboration with local governments. The South African Risk and Vulnerability Atlas (SARVA) team was among the role-players taking part in the Lets’ Respond toolkit and Guide Climate Change seminars.

SALGA’s North West Climate Change seminar was held at Orkney. The seminar was attended by local government councillors as well as planning and environmental officials from the province.

Key global change issues of concern in the North West Province include fragmented urban sprawl, which is straining bulk infrastructure. There is also an extensive occurrence of alien weeds and plant species. The Southern African Plant Invaders Atlas showed that Mafikeng alone had up to 31 alien species. Alien invasion results in replacement of biologically diverse systems with single (or mixed) species stands of aliens and alteration of hydrology. It also poses a threat to indigenous fauna. 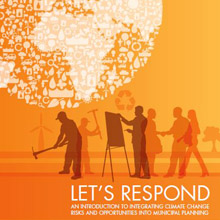 The main objectives of the workshop included training relevant municipal staff and provincial/district government representatives from SALGA, the Department of Environmental Affairs and DCOG on how to use the toolkit to enhance municipal capacity to integrate climate change response in Integrated Development Plans (IDP) and allocate financial resources towards development projects through the regulated IDPs.

The training session was also used as a platform for learning and exchanging knowledge between municipalities and provincial/district representatives to contribute best practices for a nationwide rollout of the toolkit.

A toolkit for change

The Let’s Respond toolkit seeks to assist municipalities to prepare and plan for changes in climate by providing them with the necessary steps and a set of tools to identify communities and sectors that are at risk and to explore opportunities to increase resilience.

The toolkit also seeks to integrate climate change into an existing planning process rather than create a separate process altogether, given the human capital and financial constraints at municipal level. Local governments are at the helm of service delivery and also play a key role in protecting the country’s social, economic and environmental assets. 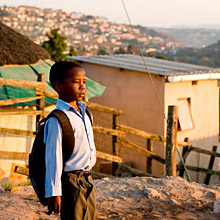 The South African Risk and Vulnerability Atlas is a tool that seeks to provide local governments with all the relevant climate change information which can be integrated into their planning process so as to build their community’s resilience as they strive towards sustainable development.

By Miriam Murambadoro, Natural Resources and the Environment Department at the Council for Scientific and Industrial Research (CSIR).