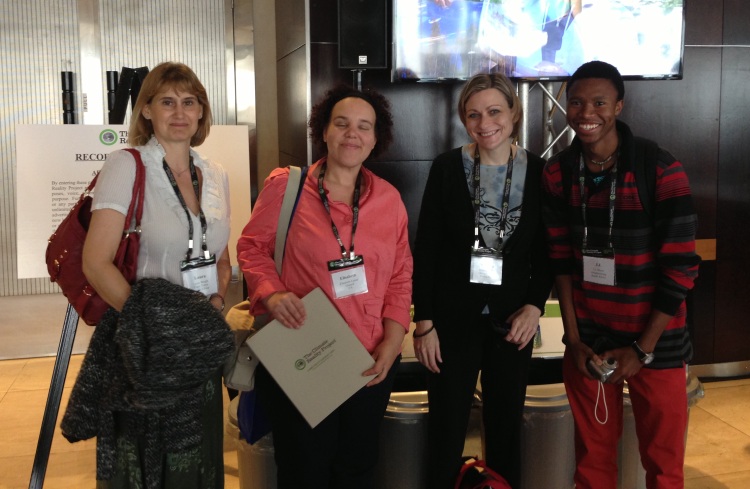 “Those who call themselves adults should show some inter-generational solidarity,” said Dr. Kumi Naidoo, Executive Director of Greenpeace International at the Climate Leadership Corps training in Johannesburg.

Naidoo was one of the speakers on the first day of the training of more than 900 climate leaders of all ages and cultures from 67 countries, speaking 70 different languages, which I was honoured to attend. People who are tired of waiting for government to take right actions – students, academics, business people and civil servants who have made the commitment to be drivers of change.

The event was organised by The Climate Reality Project and Food and Trees for Africa. 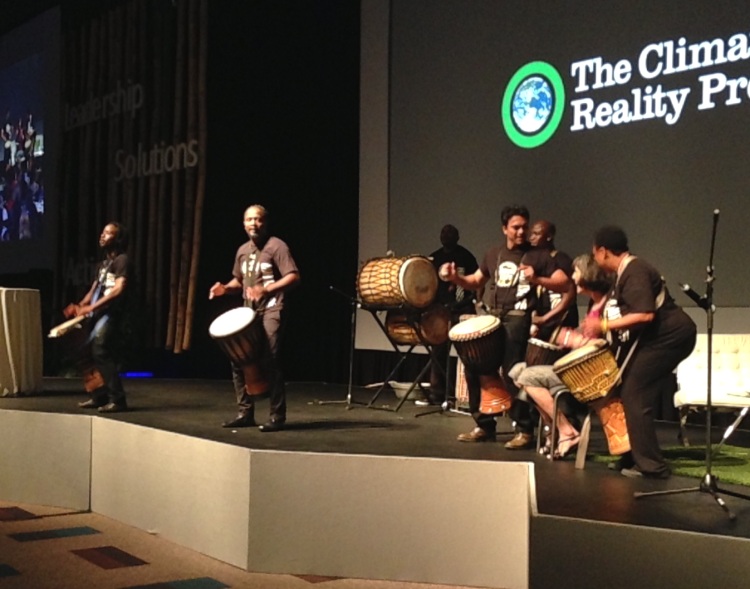 We don’t need to protect the current economic system, he said, we need to redesign and transform it.

As a South African I was proud of our Kumi who heads up Greenpeace International. As an anti-apartheid activist he was in exile. Now he lives in Amsterdam to head up this massive activist organisation, still fighting for Africa as the most vulnerable continent to climate change. What can be done to stop climate change?

“Given the knowledge before us, our government is suffering from a bad case of cognitive dissonance,” said Naidoo. The attitude of our leaders towards the threat of climate change is as if it doesn’t exist.

To avoid catastrophic climate change we have to leave 60-80% of the planet’s fossil fuels underground. He quoted WWF as saying that if all people around the world would have the lifestyles of the developed world we would need 5-6 planets.

We also need to focus on preserving the forests. Every 2 seconds a forest the size of a football field disappears.
“Once upon a time slave owners were respectable people, apartheid and colonialism was the norm. People who stood up against this were vilified. We can say to fossil fuel companies we can understand that 25 years ago the science was not clear so they pursued this path, but now it is criminal that they are not changing.” 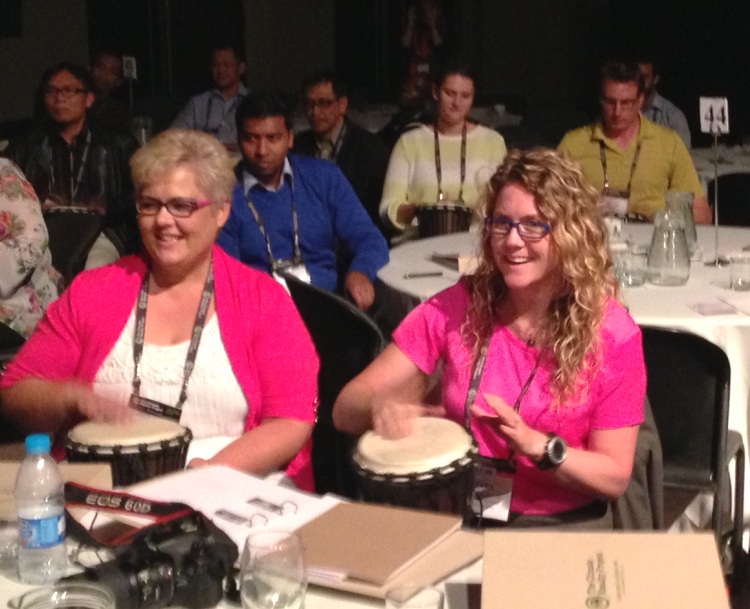 Nobody will escape the consequences

Ultimately nobody will escape the consequences of climate change, Kumi said in closing. It is the challenge for climate leaders to break down the divides between the rich and the poor, north and south, east and west.

Maggie Fox, president and CEO of The Climate Reality Project gave the opening address, saying “too much time was spent on climate science and not enough on social science. We need to speak about how we are personally affected.”

She emphasised the importance of storytelling, which was then beautifully illustrated by a rendition of a personal story by Zimbabwean actress and playwright Danai Gurira.

“The carbon story begins in the oral tradition of storytelling,” said Fox. “Our role as storytellers is the highest order voice for the old traditions that work as well is not better than the modern.”

We are already paying the price of carbon today – in the floods of the past few days. Every single day there are extreme weather events somewhere on this planet. Now this has escalated to dirty weather events, shifting the patterns of more frequent, more intense and more damaging weather than ever before.

We were off to a good start and ready to meet former vice president of the US, Al Gore, on Day 2. More about that next week.