The assault on life by radio waves that began in 1896 — that is now increasing so rapidly, and is injuring so many people and so many forms of life — must finally be acknowledged and halted.

We do not have much time. Scientists, doctors, government officials, and injured people must all meet together in one place to put a stop to it. It is the most immediate threat to life on Earth, and its solution is therefore the key to our survival. If we can stop 5G, then maybe we can also stop the threats to our forests, oceans, atmosphere, and climate. They are all products of unbridled technologies that we think are necessary for modern life, but are really antithetical to life itself. 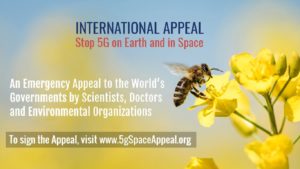 The International Appeal to Stop 5G on Earth and in Space has now been translated into 30 languages. It has been signed, thus far, by more than 124,000 individuals and more than 1,100 organizations from 203 countries and territories. 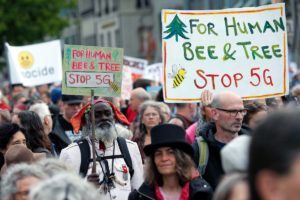 All signatures are on the website, and the number of signatures is updated in real time.

Beekeepers from around the world are also signing in increasing numbers, because of the grave threat 5G poses to honey bees worldwide. 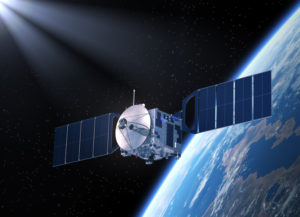 Elon Musk’s company, SpaceX, plans to launch 12,000 satellites to supply 5G globally from space. The first 60 satellites were launched on May 23, 2019 from Cape Canaveral, Florida. The second set of 60 satellites are scheduled to be launched on November 17; the third set of 60 satellites on December 4. As soon as 420 satellites are launched, SpaceX plans to begin providing global 5G service to a limited number of customers. This must not happen. The activation of 5G satellites in space threatens catastrophic effects, as early as this coming spring — not from the direct radiation, but from the alteration of the Earth’s electromagnetic environment, upon which everyone depends for their life and health. Details are in this article: Planetary Emergency.

Elon’s younger brother, Kimbal Musk, who is on SpaceX’s board of directors, lives in Boulder, Colorado, and is an environmentalist who cares about the Earth and our future. One of the organizations he founded, Big Green, has dozens of officers and team members and has installed raised bed “Learning Gardens” in public schools throughout the area. I am reaching out to all my contacts in Boulder, to see if any of them knows someone connected with Kimbal Musk and can get us an appointment with him. 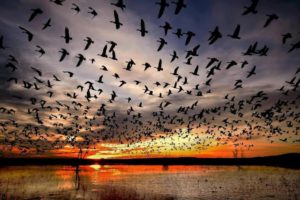 Canadian scientists with the National Research Council proved already in the 1960s that bird feathers make good receiving aerials for microwave radiation and that low-level microwaves cause birds distress, deteriorated health and mortality. Spanish biologist Alfonso Balmori has proved that radio waves interfere with nesting and reproduction. Scientists at the University of Oldenburg in Germany have proved that radio waves interfere with bird migration.

Geneticist Julian Northey in Ontario, Canada says that last year, many Canadian geese were so disoriented that they never flew south for the winter. He observed flocks of geese near the shore of Lake Ontario, flying due east one day, due west the following day, and due east the day after that. In the dead of winter, in January and into February, when they should have been south in a warmer climate, they were still in Canada flying back and forth, unable to find their bearings, honking and honking in distress.

Unlike irradiated humans, irradiated birds are not on anti-depressants and anti-anxiety medications. Instead, they are attacking people. In Massachusetts, Minnesota, British Columbia, Montana, Colorado and Illinois, red-winged blackbirds, crows, hawks and wild turkeys are divebombing people and whacking them in the head. 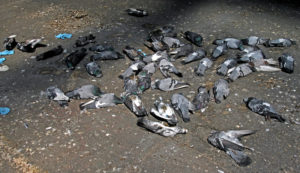 In Bulgaria in June, 5G was tested for the first time in Sofia. According to a 20-year-old girl who lives there, this resulted in the deaths of more than 700 pigeons — reminiscent of an earlier, similar report from The Hague.

“Where have all the Birds Gone?” asked Max Silverman on July 1, 2019 in his Birding Diary from England. “I have been out with the camera several times since my last blog which was over a month ago now but have really struggled to find any birds to point the camera at,” he writes.

Here in Santa Fe, New Mexico, Richard Balthazar wrote on July 1, 2019: “This past week I’ve been horrified to see the cherries ripening on the tree next door — and simply hanging there till over-ripe and falling to litter the ground. Always before, as the cherries started to turn red, the tree would be a-flutter with flocks of birds pecking the heck out of them. Now I’ve seen no more than three of our little birds struggling to reach a fruit or two. Where have all the birds gone?”

This YouTube video from California showing dead and dying bees falling out of the air near mobile phone antennas has been circulating recently:

Alongside birds, the world’s insect populations are plummeting just as drastically, if not more so. This is not surprising, considering that all insects have antennae, with which they detect their environment and communicate with one another. This is explained in the important booklet, Bees, Birds and Mankind: Destroying Nature by ‘Electrosmog’, published in 2007 by German biologist Ulrich Warnke.

In the last two years, scientists worldwide are waking up to this emergency. In 2017, scientists reported that the number of flying insects in 63 protect nature areas in Germany had declined by 75 to 80 percent since 1989. In September 2018, scientists reported that the number of insects caught in sticky traps in a Puerto Rican rainforest had declined, incredibly, by 97 to 98 percent since the 1970s. And in January 2019, scientists from Australia and Belgium concluded that these types of declines are occurring worldwide and among all types of insects. On February 10, 2019, a headline in The Guardian announced: “Plummeting insect numbers ‘threaten collapse of nature.” Some scientists are blaming this on pesticides, habitat loss, or climate change. Others are throwing up their hands and saying “We don’t know why this is happening.”

But it has been happening for a long time. By 1906, ninety percent of the honey bees had disappeared from the Isle of Wight, where Marconi had established his first permanent radio station. The progression from “Isle of Wight disease” to “disappearing disease” to “colony collapse disorder” to “insect armageddon” has brought us to the brink of catastrophe. We do know why, and it must, finally, be halted. 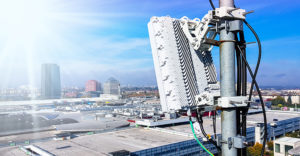 One day in April of this year, 5G antennas were installed near an apartment building in Geneva, Switzerland. Johan Perruchoud, age 29, a video and film maker who lives on the fifth floor, suddenly couldn’t sleep, and his ears started whistling. “In particular at home,” he says, “I felt —how can I put it — like I was in a microwave oven. I was not well in the house, as if I was surrounded by ghosts.”

His neighbor, actor and director Elidan Arzoni, age 50, fared worse. On the same day in April, his ears suddenly started making very loud sounds, so loud that it is “unlivable”, and he felt pains on the left side and back of his skull, and in his chest. His chest pains were so violent that he thought he was having a heart attack and went to the hospital emergency room two days later. His wife and three children, ages 9, 16 and 21, all suffer from insomnia, which began at the same time in April.

According to a social worker at the Vancouver Coastal Health Authority in Canada, “Vancouver is seriously radioactive.” She goes on to call her city “unlivable.” Vancouver is leading the way in Canada in the installation of 5G. 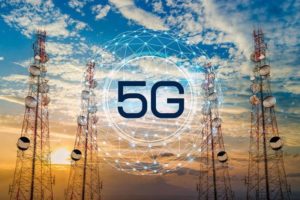 Thank you to all who have already donated. Alongside the International Appeal to Stop 5G on Earth and in Space, we are funding a lawsuit to stop 5G in the United States. Our goal is to raise one million dollars. This would pay our lawyers, and it would buy publicity around the world. Please contact me if you can help with fundraising. Donations from ten dollars up to a few thousand dollars can be made on our website.

Donations from U.S. residents are tax-deductible.

I have about 1000 copies left of my book, The Invisible Rainbow: A History of Electricity and Life. All proceeds go to support the campaign to stop 5G. It is the first book ever published that tells the history and science of electricity, including radio waves, from an environmental point of view, with chapters on cancer, heart disease and diabetes, as well as birds, insects, forests and wildlife. Dr. Kate Showers of the University of Sussex has likened it to Rachel Carson’s Silent Spring. When these last 1000 are sold out, I will issue a second edition. Please contact me if you are a publisher who would like to publish the second edition, in English or any other language.