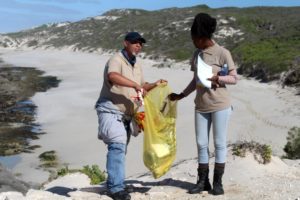 “With an emphasis on COVID-safe clean-ups this year, we asked coordinators to keep the numbers of volunteers to below fifty. We spread the message that South Africans should be eco-warriors in their own neighbourhoods instead, by picking up any litter they saw strewn in streets or at inland water sources such as rivers, streams or canals. Despite the lower than usual turn-out, it was encouraging to see volunteers from all walks of life, of different ages and stages showing up at the various clean-ups to help remove litter from our country’s beaches, rivers, canals and other open areas,” reports John Kieser, Sustainability Manager at Plastics|SA and national coordinator of the ICC.

According to John, strict hygiene protocols were in place at all the clean-ups and volunteers were very good about adhering to the request to ensure that they wear their masks and maintain social distancing.

“The world has just gone through a very hard and difficult period in our history with the COVID-19 pandemic. The participation throughout this year’s Clean-Up & Recycle SA week showed that goodness prevails. It was great to see so many businesses, government and community organisations, clubs, schools and individuals show their heart for the cause,” he said. 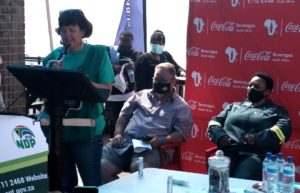 The KZN Marine Waste Network South Coast, used the day to launch the Inkwazi Isu (Fish Eagle Project) and the Unimog and beach rake at Amanzimtoti – an event that was attended by Minister Barbara Creecy (above) of the Department of Environment, Forestry and Fisheries (DEFF). She also supported a beach clean-up at Dakota beach, Umbogintwini, where 697 bags were collected with a weight of over 2.4 tons. What makes this accomplishment even more impressive, is that almost 90% of the litter collected at these events, were sorted to be recycled.

Plastics|SA thanks all the coordinators who were in charge of the various clean-ups, the volunteers who showed up to offer their time and energy, the various sponsors who made the day possible and the media who helped to raise awareness of the day.

“From Amanzimtoti to Zeekoevlei, from the Addo Elephant Park to Yzerfontein, we continue to receive wonderful reports and photographs of how South Africans of different ages, races, classes and backgrounds joined forces around the collective goal of cleaning up our environment. Everyone who participated were the true heroes who helped to make the day a huge success. The spirit of camaraderie, positivity and willingness to make a difference in our environment, definitely made this one of the stand-out years that will not be forgotten!” John concluded. 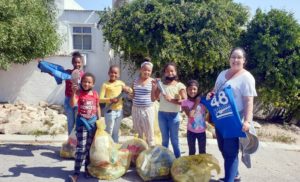 Highlights of this year’s International Coastal Clean-Up reported from the Cape Provinces: 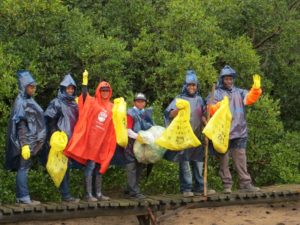 Feedback received from some of the coordinators on the day, include: