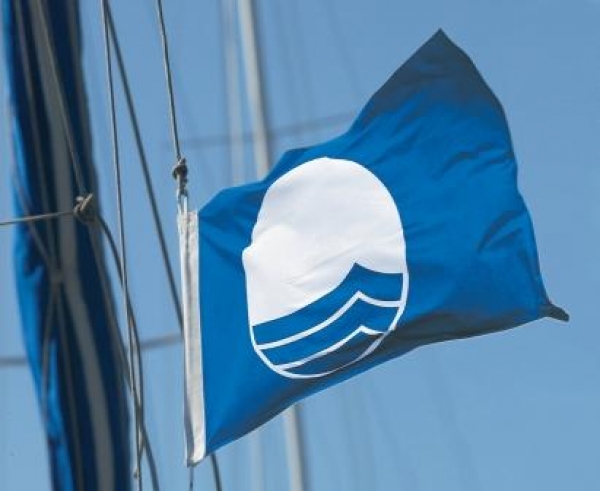 On 11 September the Foundation for Environmental Education (FEE) released its jury decision on the International Blue Flag awards for the 2013/2014 season to the Blue Flag Coordinators in the southern hemisphere countries.

Once again the number of sites awarded Blue Flag status in South Africa has increased, despite the criteria being even stricter than in previous years. WESSA is proud to announce that South Africa can now boast at total of 41 Blue Flag Beaches and 5 Blue Flag Marinas, which is an increase of 15% from last year and 50% from 2011.

The 2013/2014 Blue Flag Season will be officially launched in South Africa on 8 October, and all of the Blue Flag certified municipalities and marinas will be announced at the national launch event which is to be hosted by the Hibiscus Coast Municipality in KZN.

This is a fitting venue for the event given that the KZN South Coast is the stronghold of the Blue Flag programme in the province and that it provides many examples of clean, safe and alluring beaches which are highly regarded by visitors. These achievements are made possible only through the dedicated work of the all partners in the Blue Flag Programme.

No longer just an internationally recognised eco-label, Blue Flag is contributing to the country’s economy more than ever before. According the Minister of Tourism, Martinus van Schalkwyk, South Africa is promoted largely around the twin pillars of “safari-type” experiences in its game parks and leisure experience on its beaches. Our status as a premier global leisure destination is firmly established, but for South Africa to further optimise its tourism potential, its competitiveness and its global brand, it is critical that we offer domestic and international visitors clean, safe and well-managed beaches.

Feedback has shown that both domestic and international tourists greatly value the quality assurance offered by the trusted Blue Flag eco-label. Minister of Tourism Martinus van Schalkwyk has previously highlighted the critical importance of all role-players contributing towards the growth and development of the tourism sector, which as an industry is the third-largest source of job creation and the fastest growing sector in our country, contributing almost 9% to the country’s GDP.

Minister van Schalkwyk has acknowledged the work done by WESSA with the Blue Flag programme, saying that it has impacted positively on job creation, provided economic benefits and improved environmental management.

Blue Flag’s success as a major contributor to tourism was reiterated by Professor Melville Saayman, Head of the North West University’s Tourism Niche, who was speaking in a public lecture at a 2013 World Tourism Day celebration yesterday about the critical role that water plays in tourism in South Africa.

Blue Flag is an international programme with strict criteria set by the Foundation for Environmental Education, an independent non-profit organisation in Europe. Blue Flag South Africa is implemented by WESSA as one of the main initiatives in its National Coastal Programme, and it has been successfully managed by the organisation since 2001, in partnership with participating local authorities.

Although the original focus of the international Blue Flag Programme was on encouraging beaches to comply with water quality standards, it has since expanded to take a holistic view of safety, amenities, cleanliness and environmental management issues, with a strong focus on environmental education and biodiversity conservation.

In addition to beaches, the programme now also provides environmental accreditation to marinas and whale-watching boats, and this year – for the first time – Marine Protected Areas (MPA’s) were included in the International Blue Flag Criteria.

For more info go to http://blueflag.org.za