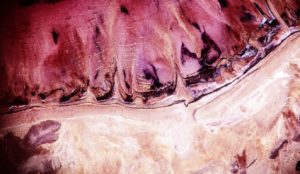 NGOs for education need to ask whether they are betraying their beneficiaries by accepting funds that come in part from companies that are systematically destroying the world in which young people will have to live, says the author. Image: Matt Howard / Unsplash

South African NGOs and foundations (and unions, schools, universities and faith bodies) can multiply their impact with one simple decision — divesting from companies that are socially irresponsible. And that means — among other things — not investing in corporations that contribute to global heating.

Every South African NGO, union or foundation either has invested or endowed funds or receives funding from donors that have invested funds. Which means that every single SA NGO and foundation can greatly multiply its impact by ensuring that its funds are responsibly invested, or by asking its funders to re-examine their own investments.

Our financial systems evolved in an entirely different era. They are now extremely ill-fitted to the raft of systemic challenges facing global society. Climate and ecological breakdown, multiplying already grotesque inequality, are, as the World Economic Forum has identified, the greatest and most likely risks facing global society.

NGOs that do not recognise how their finances are linked to environmental and social destruction might as well close up shop — as the sources of their income are too often creating and compounding the very problems they aim to solve.