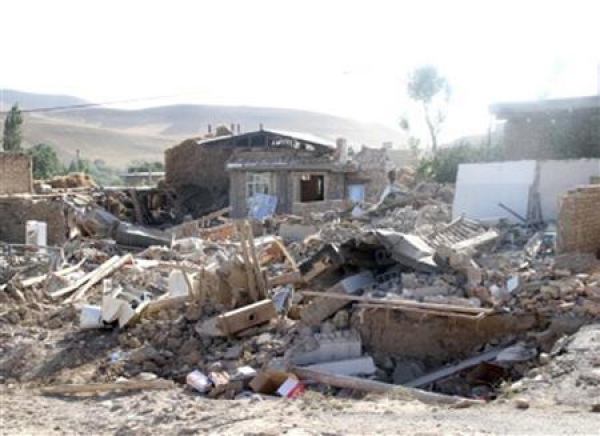 Iran plans to build more nuclear power reactors in an earthquake-prone coastal area, Iranian media said on Wednesday, a day after a strong tremor struck the region close to its only existing such plant.

Tuesday’s 6.3-magnitude quake hit 89 km (55 miles) southeast of the port of Bushehr, killing 37 people and injuring more than 900 as it flattened small villages. The dead included eight children under the age of 10.

But the nuclear power station 18 km (11 miles) south of Bushehr was unaffected, according to Iranian officials and the Russian company that built the facility. Tehran has repeatedly rejected safety concerns about Bushehr, which is located in a highly seismic area on Iran’s Gulf coast and began operations in 2011 after decades of delays.

The head of the Islamic state’s Atomic Energy Organisation said hours after the earthquake that more reactors would be built there.

“This earthquake had no impact on the Bushehr nuclear power plant installation,” Fereydoun Abbasi-Davani told state television late on Tuesday in comments published by the semi-official Mehr News Agency on Wednesday.

“Not only was the power plant not producing electricity or sending it to the grid at the time, but even while operating the Bushehr power plant has been designed to withstand earthquakes of more than 8.0 on the Richter scale,” he said.

The Bushehr site is capable of holding six power reactors and construction of two more units of at least 1,000 megawatts will start in the “near future” there, he said. Iran has identified 16 sites elsewhere in the country suitable for other atomic plants.

Iran sits on major faultlines and has suffered several devastating earthquakes, including a 6.6-magnitude quake in 2003 which flattened the southeastern city of Bam and killed more than 25,000 people. In August, more than 300 people were killed when two quakes struck the country’s northwest.

A report published last week by U.S. think-tanks the Carnegie Endowment and the Federation of American Scientists said that “ominously,” the Bushehr reactor sits at the intersection of three tectonic plates, and that warnings about the threat of earthquakes had “fallen on deaf ears.”

It estimated Bushehr’s price tag over four decades at $11 billion, making it one of the world’s most expensive plants. Walt Patterson, an expert in energy infrastructure at Britain’s Chatham House think-tank, said he believed Iran’s nuclear expansion plans were “very ill-advised” both for financial and technological reasons.

He added: “I would certainly be very uneasy about having a large inventory of radioactivity anywhere where there was going to be major seismic activity.”

Iran says its nuclear program is for purely peaceful purposes, but Western powers suspect it is also intended to develop the capability to make nuclear bombs.

Dozens of aftershocks were detected in the hours following the initial quake, and a 5.2-magnitude quake struck on Wednesday with an epicenter 105 kilometers (65 miles) from Bushehr, according to the U.S. Geological Survey

The United Nations Office for the Coordination of Humanitarian Affairs said on Wednesday Iranian authorities had made no request for international assistance. Iran’s Red Crescent had sent 100 relief workers and three helicopters from neighboring provinces to the area, OCHA said.

About 800 homes were completely destroyed, said Hassan Ghadami of Iran’s crisis-management organisation. Many village homes are built out of mud brick, which can crumble easily.

“One hundred percent of the destroyed homes did not meet minimum construction standards,” Ghadami said.

Ali, a resident of the region who traveled with friends to help people in damaged areas, estimated that 70 percent of the homes in the town of Shonbe had been completely destroyed.

Ambulances and other assistance were sent from nearby provinces and provincial officials were quickly dispatched to assess the damage and oversee efforts, he said by phone.

After the earthquakes last August, some lawmakers criticized the authorities over a shortage of tents and other aid, but Ali said relief operations this time had been “excellent.”

Pope Francis expressed condolences: “I pray for the victims and express my closeness to the population affected by this disaster.”

Damaged houses are seen in the earthquake stricken town of Bushehr in Iran April 9, 2013. A powerful earthquake struck close to Iran’s only nuclear power station on Tuesday, killing 37 people and injuring 800 as it devastated small villages. See full story here.