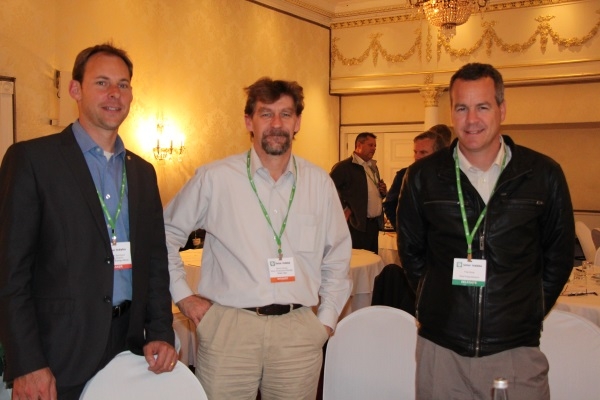 At the Solar Indaba last in Cape Town the Green Times covered most talks in the interest of our readers. Here is a panel discussion which looked at why foreign companies would choose to invest in SA’s solar industry, and why not other developing markets.

Are we as government, not only the DTI but the DOE more specifically, creating an environment to attract investment into the country?

So what has driven theses companies to invest in the South African market and what do they see as the current market confidence in SA relative to other markets?

How does SA differ from other developing markets that have similar programs? For example India, Latin America or the Middle East? Why would a company rather invest in SA or are you also targeting those markets?

SA leads in many respects

SunEdison as a company is very active in all those markets. And the one common thread that they see across the markets mentioned is the need for an alternate energy resource, combined with a stable and easy to tap solar resource. Apart from that, SA took the lead in many respects. The big differentiator, which makes a lot of sense for us as developers and investors, is the fact that when we go in to submit a project, under the program, a lot of the uncertainties are either talked through and addressed, or there is a plan to address it. Which means that a project becomes ready to start construction, once it goes through a process and has been selected. That lends a lot of credibility to the program, which is why SunEdison decided to go ahead and really invest a lot of time and resources into participating here.

The difference they see as a global player in a lot of these markets, is in the way it is dealth with in SA. There is an announcement, some projects make it through, and some don’t, in which case the whole cycle starts again. In that sense SA and the DOE have done a very commendable job of making sure that the resources are utilised very efficiently. That’s a big difference. On the flip side it does increase the cost.

The other difference that SunEdison has seen is a lot of the other markets very quickly start to look at where else can they start to play a role. Within a year of development in South America, for example, the mining industry found solar a very conducive alternate resource, whether it be in conjunction with the grid or in isolation from the grid. So they have a very strong presence in the mining industry in South America. And in India, the days of utility-scale programs are measured in terms of how many more rounds there going to be there, but what’s really sent the energy prices soaring – very similar to what we’ve seen here – is the rooftop, the commercial and the renewable investments by heavy energy users in the country. That has taken off much faster that what the policy makers there originally anticipated. That’s the boom we hope to also be a part of here. But each market has its own flavour in terms of investment, plus rules and provisions.

Comfort for foreign investors in SA – safe and stable environment

From a manufacture’s perspective, AEG is a global power electronics company, so they have footprints in those countries already. There is a factory in India, producing around a megawatt per day, and also in China, and this was a natural add-on. This market is part of the BRICS emerging markets and there’s tremendous growth opportunity. SA’s environment from a policy perspective is very stable, it’s a very safe environment, we have first world banking systems here. So for foreign direct investments, there’s a lot of comfort in investing in these very expensive projects. The mining industry is of huge importance to AEG. And of course this is the kick-start to Africa. This is a very small region of a very large continent, and looking down to this region, for manufacturing, for policy decisions, for these kind of investments, this is a very big market for AEG. Lastly the yield – you look at the PV yield in SA, its double that of Germany, which is the largest installed base in the world, so it’s got to make sense for them to invest here.

If we take this one step further, what is either preventing you from investing further, or compelling you to set up a manufacturing facility in SA, or any of the other players to expand your activities in SA? Are there additional certainties and guarantees required by you to set up here?

Yingli said from a government perspective they need further commitment on the programme that they’re running, as well as to the tender process that is currently in place, that there is a definite support of local content, not just from a requirement and assessment point of view, but further looking at the cost associated with that and how that cost can be managed within the tendering process together with the other requirements. So that once you are setting up you’ve got the commitment from government on further rollout programs. But that is a defined commitment, it’s not fairly open, as it is now.

As well as then, other programs that are currently being rolled out like the Small IPP program, which is quite exciting in the country. Those are the programs that are really going to develop and take that market to the next level. The big projects are going to keep coming, and keep the process going forward, and initiate the policy-goers, but the little programs are really going to drive the industry in the country and drive the local content aspect. So when those programs have a clear commitment from government as to how much they can commit to, how they’re going to be supported by municipalities and policy, that will then enable Yingli to commit to either setting up their own facility or further supporting the facility that they are currently working with and expanding that market.

AEG had some issues around this.

From a manufacturer’s perspective, they would like to see things a little different:

Can the beast be controlled?

From the floor came a question from Dick Berlijn from SubSolar: As a developer, or actually as a customer of electricity in SA, you want the cheapest electricity that you can get. And sometimes it seems like renewable energy and the IPP programme was a fantastic way for the government to kick-start this, but now there are more and more non-IPP programmes kicking off. Hasn’t the government now unleashed a beast that will now grow bigger and bigger outside the programme and we’ll get more and more straight imports without local content because there is no local content requirement if I put PV on my roof. So my question is how can we, or how can you guys as AEG and Yingli, see that there is a potential to get in there and can you compete already now with imported systems?

The convenor offered a comment on the local content in terms of projects outside of the REIPP: Certainly Eskom is looking at implementing similar local content requirements and they’ve been speaking to the DTI about the local content policy around local energy policy to implement something similar, so companies looking to deal with Eskom would have to start taking those kinds of things into consideration. Also, if you want to supply a rooftop installation to a government building, you would have to comply with the local content requirements in terms of procurement policies. So yes, I can see your point that currently it is possible to import, but there are certain things that are happening to make sure that we have growth in the industry.

A panellist commented on the issue of the cost of local content, saying we have a huge task of trying to meet cost-parity with our European counterparts, given the fact that local content is expensive. The biggest problem is that certain components are almost double the price of the European manufacturers. So they’ve had to try and localise as much as they can of the German build, and then the new product introduction that we’ve had to make is to try to drop the costs of it, but the reality is, we have constrained supply, and the cost is double. So, there is bit of a balancing act but if the government wants to ensure the long-term job creation of the country then they are going to have to incentivise the manufacturer somehow encourage that local content.

The convenor confirmed this conflict. The developers want the project cost to stay low, and they’re saying the local content pushes up the costs. And then you have a local manufacturer who’s pushing to increase the local content requirement. So it’s quite an interesting dynamic. What would the financiers’ views be? 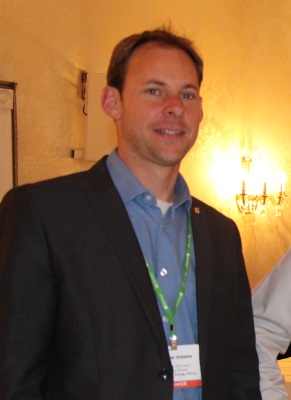 Yingli said the way they view this is to look at why local content is important. They are in many markets where local content is required, and the reason it becomes a requirement is a) there are emerging economies that are investing in solar energy, so they want to see returns for the country over the next 2 or 3 decades for the country. But more importantly b) solar is viewed in many markets as an energy security issue and therefore they want to ensure there is a local industry that can continue to support the growth of this industry. So it’s better to ask the question what can make local content sustainable? In order to be motivated, why should you stop at modules and inverters? What can the market do to enable further localisation in terms of setting up a fund in SA, also the rest of sub-Saharan Africa?

SA has a need in terms of solar, so the mindset Yingli would encourage is not from a shortage perspective, but rather to look at what can be done to the market in terms of policy, in terms of energy and regulatory factors to expand the market. The moment you have more and more people investing, you’ll find skills in the market more easily and therefore it helps localise the market. So it’s a chain reaction.

On the panel were:

Green Times will be posting more of the Solar Indaba discussions in future issues, so watch this space.