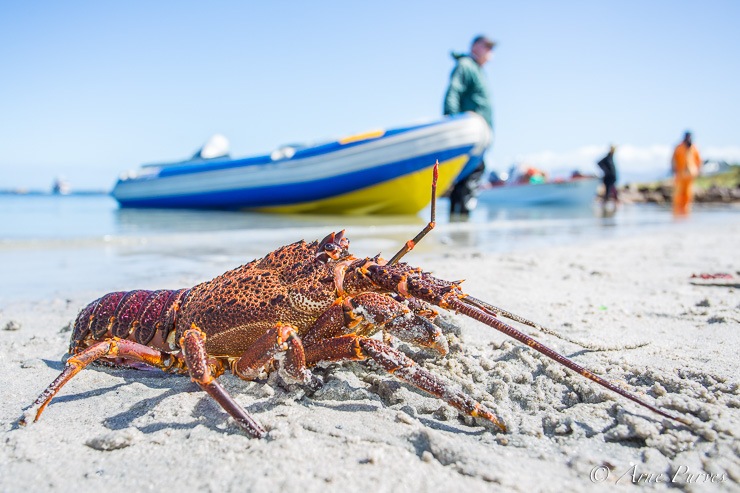 “We are very concerned about the national state of fisheries management and over exploitation. This is a disturbing global trend which we see manifesting itself locally as well to the detriment of livelihoods and ecosystem functioning. We note the court action with regard to the West Coast Rock Lobster and trust that this will help bring sanity back into the management of marine resources.”

So said Patrick Dowling, Chair of the Far South Peninsula Community Forum (FSPCF) in a letter to various ministers of Fisheries, Forestry, Agriculture and Environmental Affairs.

There is increasing evidence coming from reliable sources showing that:

Ministerial and departmental acknowledgement of the crisis or any commitment to doing anything effective about the situation is lacking.

We question whether DAFF has taken cognisance of Goal 14 of the Sustainable Development Goals (SDGs) that South Africa signed along with 192 other countries in 2015.The goal’s rationale and objectives can be summed up in the following description by the United Nations Development Programme (UNDP).

Coastal and marine resources contribute USD 28 trillion to the global economy every year. But this is only a small part of why they are so important to our planet. The world’s oceans – their temperature, chemistry, currents and life – drive global systems that make the Earth habitable for humankind. Our rainwater, drinking water, weather, climate, coastlines, much of our food, and even the oxygen in the air we breathe, are all ultimately provided and regulated by the sea. Throughout history, oceans and seas have been vital conduits for trade and transportation. Careful management of this essential global commons resource is a key feature of a sustainable future.

Sustainable Development Goal 14 commits countries to united action over what is a truly global responsibility – the protection of our oceans and the lives that depend on it. By 2020, countries commit to achieving the sustainable management of marine ecosystems, and in another five years, significantly reduce marine pollution of all kinds. This will require an international scientific partnership, regulation of harvesting and fishing, and enhance our research and knowledge on issues critical to the survival of life below water. (our emphasis)

We wholeheartedly endorse the legal action being taken by the World Wide Fund for Nature to oblige DAFF to address responsibly the mismanagement of the West Coast rock lobster fishery which is indicative of a general failure with regard to the department’s duties to look after the long-term sustainability of marine resources.

We would like to receive reassurance from the Department and Parliament that this matter which has both local and national implications of a very serious nature, is getting attention focused on returning South Africa to a sustainable and scientifically rigorous pathway including implementing scientific recommendations from the Department’s own and contracted scientific staff as well as effective and professional compliance monitoring.