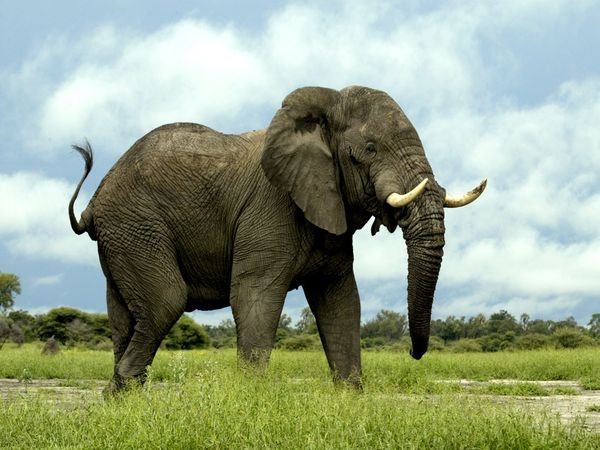 It’s hard to imagine that anyone reading this blog isn’t already aware that right now elephants are in crisis. For many years, leading global conservationists and charities have been doing all they can to stop the killing of elephants to fuel the illegal ivory trade – some behind the scenes and some in the public eye, but all fighting a common cause.

Over the last few years the issue has escalated beyond any experts’ predictions, and the elephant slaughter has increased at a truly unprecedented rate. This dramatic escalation coupled with the press-friendly voices of celebrities such as Leonardo DiCaprio, Yao Ming (one of China’s most widely known public figures), Kristin Davis, and more recently high profile politicians such as Barack Obama, Hillary and Chelsea Clinton, has now, thankfully, brought this tragic story back to the front of the public’s mind.

So, on World Elephant Day, just how bad is this crisis?

Elephant poaching across Africa has reached an unprecedented high and now looks set to wipe out our beloved elephants from the planet in as little as 20 years. Some reports are now suggesting that up to 40,000 elephants are being killed for their tusks each year in Africa alone. That is almost five per hour, every hour, every day. Can you imagine this – five per hour – think for one minute about how that equates to your day. What will you do in the next 12 minutes? Maybe read this blog, surf the net, clear a couple of emails, make a coffee… bang. Another magnificent elephant hits the ground.

In minutes his tusks will be removed, usually by cutting most of the face off, often by chainsaw. An intelligent, social elephant with complex communication and family structures, that may have walked around its land in peace for the last 60-70 years, now dead and soon to be a trinket. This is not only unsustainable and cruel – it is barbaric.

Each and every day I receive email and telephone updates from the field from a network of my specialist contacts from around the world, updating me on wildlife issues and crimes that have taken place. It makes for very difficult reading. Some of the many headlines from the emails I have received in the last week or so include these:

All of this is within just a week, and recently it has been like this week in week out. Seriously, how long can this go on for?

Charities like Care for the Wild are actively fighting to stop the killing with anti-poaching patrols, support for elephant orphanage and re-release programmes, and through lobbying hard for more international aid and consumer reduction. But right now, all of our combined actions just aren’t going to be enough.

When it comes to elephant killing, and indeed most of the illegal trade in wildlife, all roads lead to China. Some of you may think that this is a sweeping generalisation, but the truth is it’s not. Yes – there are many other markets for ivory right now, but the biggest and most insatiable appetite comes from China without any shadow of a doubt – this is common fact.

Whilst China should be recognised in some part for stepping up their fight against wildlife crime recently, they should also be condemned for their inability to even partially quash this demand, which has increased rapidly with the emergence of a new, wealthier, middle class.

Why should small charities like ours even need to try to conduct or fund consumer reduction programmes when the country has a nominal GDP estimated at $8.227trillion US?

Why should people of Africa be robbed of their nature, their tourism industry and the associated employment and infrastructure, why should our children be robbed of ever having the chance to see a wild elephant just so someone can give a business gift, show off their status, eat from a posh chop-stick?

In the 80s there was an anti-fur campaign whose materials stated that ‘fur coats are worn by beautiful animals and ugly people’. There was disgust, outrage and a true realisation that you don’t have to kill to look or feel good and the campaign worked at the time. We need that right now in China and we need it to be home grown. We all know that it is definitely not the majority of Chinese driving this demand – some through choice, some just because they can’t afford it, but those millions and millions of Chinese people that care need to speak now.

By Philip Mansbridge, CEO of Care for the Wild International. Source: Huffington Post

Care for the Wild has just launched its Last Chance for Elephants appeal. Find out more at www.careforthewild.com.