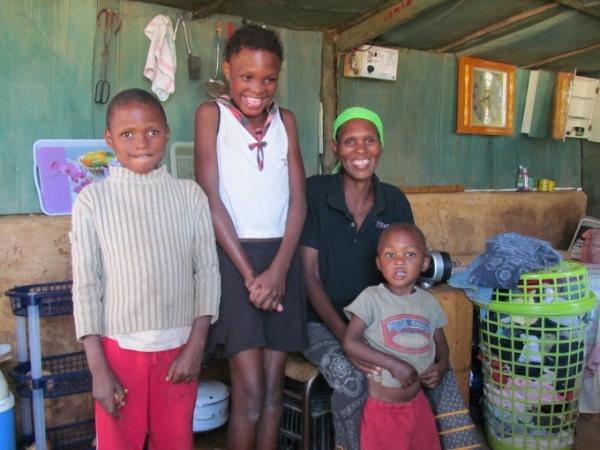 “This house is more comfortable than our previous place, and I am very happy that we have lights because there is no electricity here,” says Nosango Victoria Plaatjie, proud occupant of a prototype eco-friendly dwelling in the informal settlement of Enkanini, Stellenbosch, called the iShack.

The “i” stands for “improved”, and it entails cost-effective and sustainable modifications to the basic corrugated iron shack common in developing countries. It has been designed to protect its occupants from extreme temperatures, and it features a solar panel for basic electricity needs. The roof is slanted for rainwater harvesting.

The iShack is the result of an 18-month transdisciplinary research project by Stellenbosch University’s TsamaHub, an initiative of the HOPE Project and the Sustainability Institute. 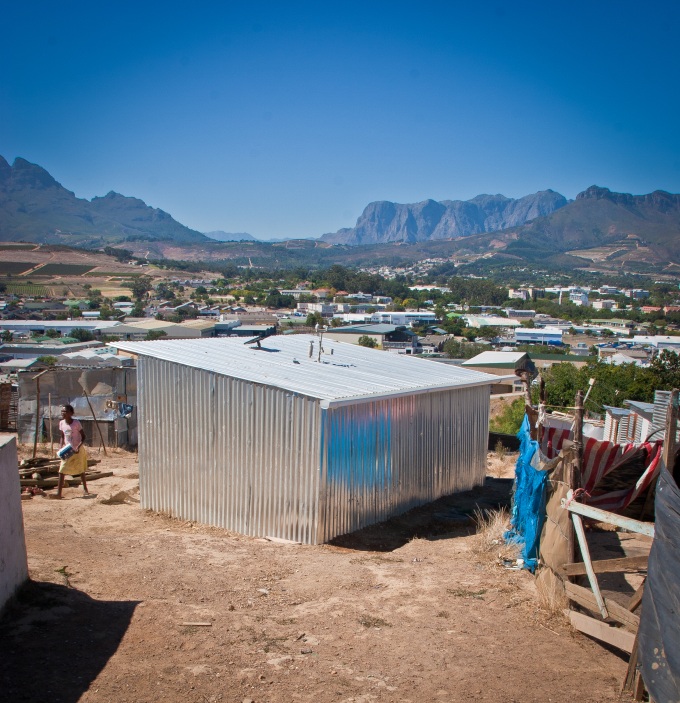 Also involved in the project are the Informal Settlement Network (the local affiliate of Slum Dwellers International) and the Community Organisation Resource Centre. The iShack and the research around sanitation, water and waste is intended to contribute to the knowledge base around informal settlement upgrading.​

Postgraduate students Lauren Tavener-Smith, Berry Wessels and Andreas Keller (photographed below) stayed in Enkanini to collaborate with local residents on the design.

“The materials and design were chosen based on affordability, accessibility and impact on thermal comfort,” says Tavener-Smith, who is doing her PhD in the economics of water and sanitation upgrading in informal settlements. 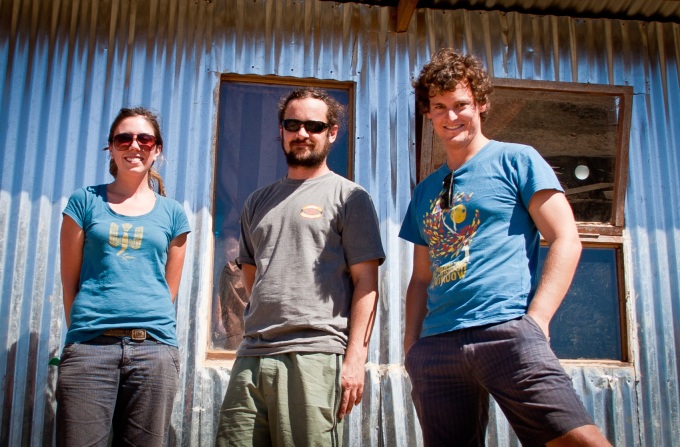 The iShack is north-facing with a roof overhang – to maximise passive heating potential in winter, and provide shade in summer. Windows are strategically placed on the north and east walls to let drafts in for better air circulation.

A lining of disused cardboard boxes against the wall and roof is sprayed with fire retardant paint.

“Old long-life milk cartons are wedged between the cardboard and the zinc sheets for additional insulation,” says Keller, who is doing his MPhil in Sustainable Development at the University’s School of Public Leadership (SPL). 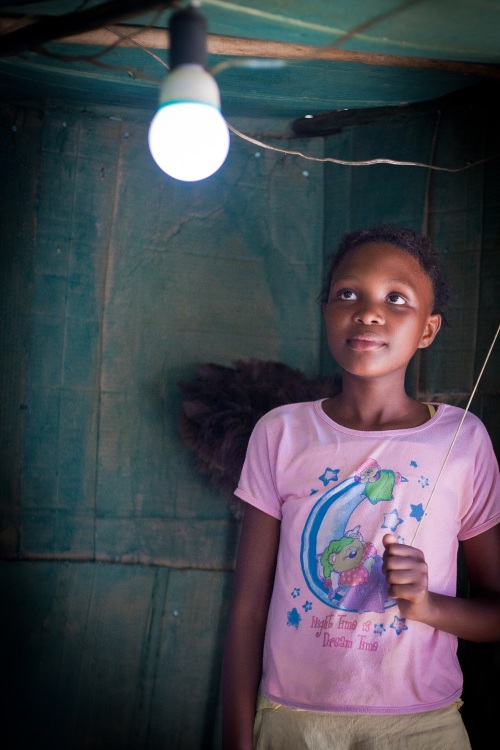 The floor is made from bricks picked up at the nearby landfill site, and on one side there is a half wall made from mud and straw, which helps to smooth out temperature fluctuations.

The estimated 8 000 people who live in Enkanini have to make do with 36 taps, 60 toilets, no electricity, inadequate waste disposal and flimsy dwellings subject to floods and fires.

The iShack has a small photovoltaic panel on the roof for two interior lights, a motion sensitive exterior light and a cellphone charger.

“In the next phase we plan to introduce upgraded solar systems that can power household appliances,” says Wessels, who is also doing his MPhil at the SPL. 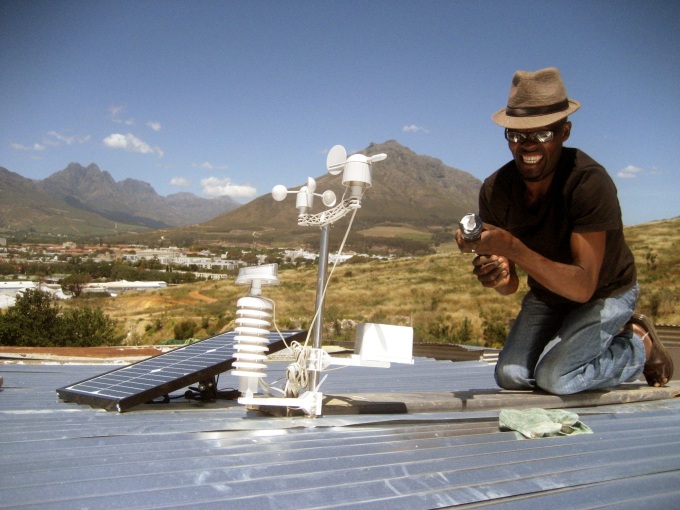 Six Enkanini residents have been trained to install, operate, maintain and repair the solar power system. It is envisaged that they will become energy entrepreneurs serving the community.

Prof Mark Swilling, Professor in sustainable development at the SPL and Project Leader of the TsamaHub, points out that South African policy regarding human settlements has shifted from a once off housing intervention to an incremental approach of infrastructure upgrading.

“But for this to work we need partnerships between shack dwellers, local government and researchers.”

Mr John van Breda, Project Manager of the TsamaHub, says there are plans to scale up the project. “The aim is to refine the design principles and operational systems for application elsewhere.”