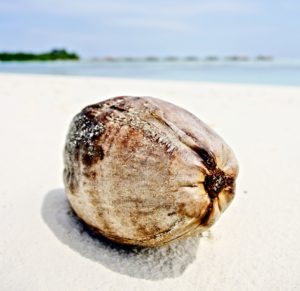 In the Malay language, the coconut palm is called ‘pokok seribu guna,’ meaning ‘the tree of a thousand uses.’ Make that one thousand and one. In just over a year’s time, the entire chain of the Tokelau islands plans to get 100 percent of their energy from a heavenly mix of coconuts and sunshine, according to United Press International.

It is perhaps incontestably appropriate that an island paradise should power itself with its two most plentiful resources. The new energy policy should also help to make these tiny, vulnerable tropical atolls more self-sufficient, as well as send the world a message about the feasibility of locally sourced renewable energy.

Tokelau, a territory of New Zealand, consists of three small atolls located roughly halfway between Hawaii and New Zealand. About 1,500 people call Tokelau home. Since the highest point on the islands is only 16 feet, they are particularly vulnerable to the threat of rising sea levels.

Relying on the tropical sun

Under the new energy plan, most of the islands’ power – 93 percent – is slated to come from solar energy. The coconut power will supply the remaining 7 percent, and will come into play when skies are overcast or when electricity demand exceeds solar supply.

A recently conducted feasibility study for the plan found that each of Tokelau’s three atolls will require 20 to 30 liters of coconut oil per day to account for their needs, which can be supplied by about 200 coconuts. Since the islands are essentially covered in coconuts, that’s a number that is easily sustainable.

Gasoline and kerosene, shipped in from New Zealand, will still be allowed for motor vehicles and some cooking equipment, but those needs are not great for islands of such a small size. Renewables will be required for everything else in a little more than a year, according to Tokelau’s leader, Foua Toloa.

The need to go 100 percent renewable is particularly apparent for low-lying islands like Tokelau, as it is for other island nations like Tuvalu, Kiribati, and the Maldives, because of rising sea levels wrought by global warming. Current estimates suggest that these remote places could become uninhabitable by the end of the century if nothing is done to curb worldwide fossil fuel use. Residents of these island nations could be among the world’s first climate change refugees.

Tokelau officials hope that by weening islanders off fossil fuels, they can serve as an example to the rest of the world.