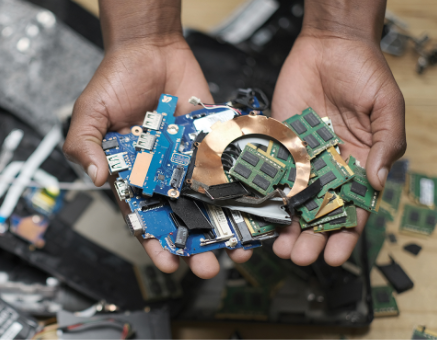 As the use of technology grows at a seemingly insatiable pace, so too does the staggering amount of “e-waste”, according to Keith Anderson, chairman of the e-Waste Association of South Africa, a non-profit organisation that works with other e-waste recyclers across the country.

Each South African generates more than 6kg of e-waste, Anderson estimates. In 2018, for instance, this stacked up to a mountainous 360,000 tonnes, according to the national Department of Environmental Affairs.

It’s a crushing problem that’s driven one young entrepreneur from the North West province to look for ways to mitigate the crisis. McCarthy Bongani Moabi, founder of information and communication technologies company Ambitious ICT, noticed that while there are many well-established e-waste recycling centres in provinces like Gauteng and the Western Cape, in rural areas they’re few and far between. 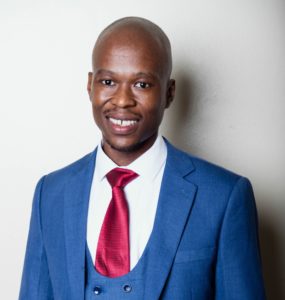 In response, Moabi decided to expand on Ambitious ICT’s web and software development services to also offer sustainable ways to recycle end-of-life electronics, which pose a serious risk to both the environment and human health if not properly disposed of.

Nominated as a finalist in the ESKOM 2017 Business Investment Competition, Moabi sees the economic and environmental potential in diverting e-waste from landfills.

“Since introducing e-waste recycling in our area, the response has been overwhelming. We buy old electronics from the community as a way to incentivise recycling, and people are happy for the service,” Moabi says, adding that they’ve temporarily run out of money to buy more e-waste because there’s been so much demand. 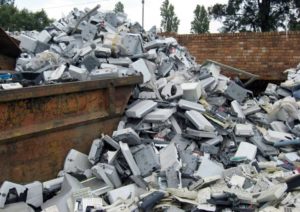 Without programmes like this, much of the e-waste in rural areas would end up in landfills or discarded in the streets, potentially leading to serious environmental and human health problems.

“When electronic waste is thrown on our streets, it heats up and toxic chemicals are released into the air, damaging the atmosphere – one of the biggest environmental impacts of e-waste. Toxic materials seep into groundwater, affecting both land and sea animals,” explains Moabi.

The toll on human health is equally dire: e-waste has been found to cause damage to the kidneys, as well as central and peripheral nervous systems, according to the World Health Organisation. Children and pregnant women are most at risk. 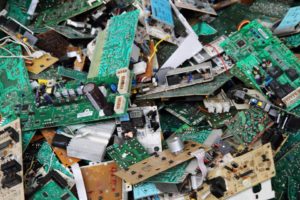 A 2013 study published in The Lancet global health journal, entitled Health consequences of exposure to e-waste: a systematic review, recorded an alarming list of potential complications from exposure to e-waste, including DNA damage and adverse educational outcomes.

“We recorded plausible outcomes associated with exposure to e-waste, including change in thyroid function, changes in cellular expression and function, adverse neonatal outcomes, changes in temperament and behaviour, and decreased lung function,” the study states.

“Findings from most studies showed increases in spontaneous abortions, stillbirths, and premature births…with exposure to e-waste.”

Buying back to give back

Through Ambitious ICT’s innovative buy-back programme, the company is able to reduce human contact with harmful chemicals — specifically lead, cadmium, chromium, mercury, brominated flame retardants or polychlorinated biphenyls that are found in everything from plastics to switches.

The process of recycling e-waste is labour intensive and dangerous — but someone needs to do it, says Moabi.

Much of the recycling work at present is done manually; disassembling each item and sorting materials into core materials and components. 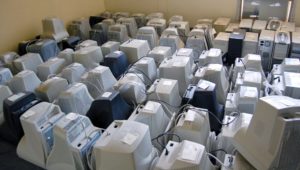 Moabi and his team then reuse the valuable materials (such as gold, silver, copper and other precious metals) in new gadgets — a far more sustainable solution for new electronics than mining the raw materials.

He currently employs a team of four but, after completing the two-year SAB Foundation Tholoana Programme – a business support programme run by business incubator Fetola – Maobi feels equipped to expand and establish an industrial site with better protective equipment in the coming year.

For now the initiative may only be making a small dent in the countrywide e-waste problem but, as the North West entrepreneur says, “you have to start somewhere to get anywhere”.