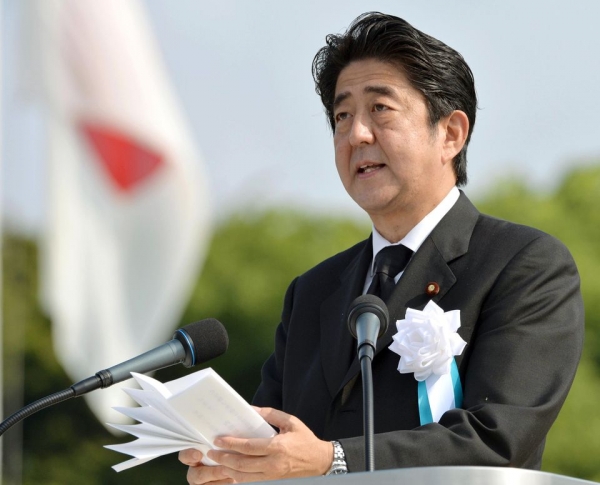 Japan marked the 68th anniversary Tuesday of the atomic bombing of Hiroshima with a somber ceremony to honor the dead and pledges to seek to eliminate nuclear weapons.

Some 50,000 people stood for a minute of silence in Hiroshima’s peace park near the epicenter of the early morning blast on Aug. 6, 1945, that killed up to 140,000 people. The bombing of Nagasaki three days later killed tens of thousands more, prompting Japan’s surrender to the World War II Allies.

Prime Minister Shinzo Abe, among many dignitaries attending the event, said that as the sole country to face nuclear attack, Japan has the duty to seek to wipe out nuclear weapons. He made no mention of the dilemma this resource-scarce country is facing over nuclear energy, nor of the tens of thousands of people displaced by risks from radioactivity from a nuclear disaster in Fukushima, in its northeast.

Most of Japan’s nuclear power plants were taken offline after the massive earthquake and tsunami in 2011 damaged reactors at a plant in Fukushima, causing meltdowns. Abe favors restarting plants under new safety guidelines, while many Japanese oppose such restarts. 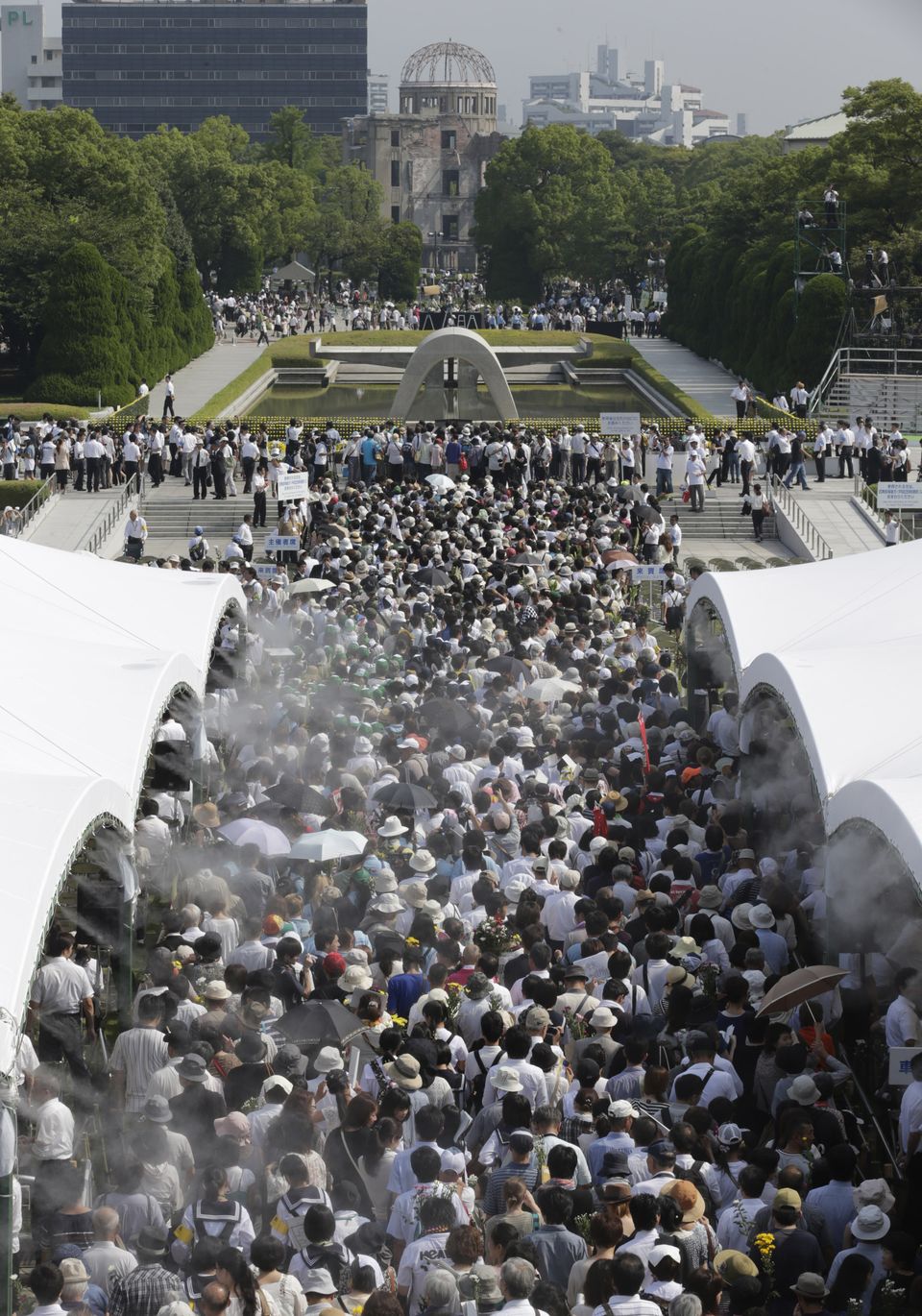 There are over 200,000 “hibakusha,” surviving victims from the atomic bombings, with an average age of nearly 79. Many gathered in Hiroshima to burn incense, bowing in prayer.

In a “peace declaration” speech, Hiroshima’s mayor, Kazumi Matsui, described the pain of those who survived, only to be shunned as contaminated by the radiation.

“The atomic bomb is the ultimate inhumane weapon and an absolute evil. The hibakusha, who know the hell of an atomic bombing, have continuously fought that evil,” he said.

Matsui chided the government for its efforts to restart the nuclear plants and to export nuclear technology to other countries.

“This summer, eastern Japan is still suffering the aftermath of the great earthquake and the nuclear accident. The desperate struggle to recover hometowns continues. The people of Hiroshima know well the ordeal of recovery,” Matsui said. 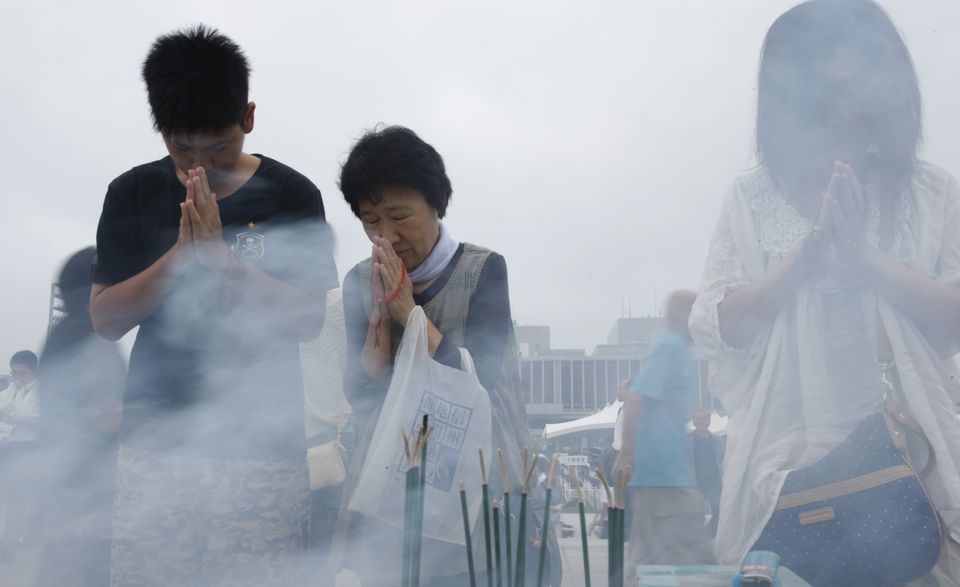 “We urge the national government to rapidly develop and implement a responsible energy policy that places top priority on safety and the livelihoods of the people,” he said.

A recent agreement on discussing nuclear energy cooperation with India, he said, would likely hinder efforts to abolish nuclear weapons.

The Hiroshima victims offered their support to those suffering from the accident in Fukushima, where the situation remains precarious following meltdowns of three reactors after the plant’s power systems were crippled by the tsunami.

The plant’s operator, Tokyo Electric Power Co., admits it is struggling to contain radiation-contaminated water as its storage facilities overflow.

Last year, the previous government pledged to eventually phase out nuclear power and vastly increase use of renewable energy. Abe has backtracked from that commitment, saying that he favors a “responsible” energy policy that would allow nuclear plants to restart, reducing the burden on the economy from costly imports of natural gas and oil.