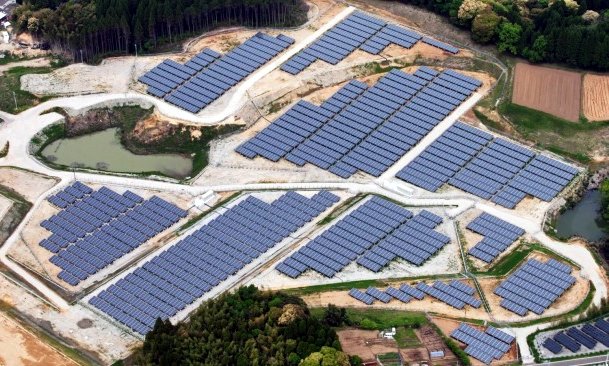 We’ve all fallen for fads and wanted the nicest product on the market. I’m unashamed to say that when Heelys were introduced in my susceptible pint-size years, I was the first kid sliding down my elementary school hallway. Or how in the ’70s, it was social suicide to not have a lava lamp adorning your dresser.

Well in Japan in the 1980s, the fad was to join incredibly expensive golf courses and country clubs — so much so that some clubs cost millions of dollars to be a part of.

The high interest in joining golf clubs spawned a massive rush to build more. And now, as the interest faded in the late 1990s and early 2000s, Japan is plastered with a number of abandoned golf courses.

The Fukushima nuclear disaster in 2011, which released the most radioactive material since the 1986 Chernobyl disaster, forced Japanese officials to revisit their current energy plan. Now faced with a proposal to double the amount of renewable power sources by 2030, Japan is quickly looking for solutions. In fact, the country is already building solar power plants that float on water to capture the sun’s heat on the warm Pacific Ocean.

Staring down a goal that must be fulfilled in 15 short years, Japan is turning to the logical option of constructing solar plants on its many abandon golf courses. Kyocera, a solar power company, recently announced that it broke ground on a 23-megawatt solar plant on an old golf course the Kyoto prefecture. Estimates suggest that once the 18 holes are transformed fully in 2017, the plant will generate enough electricity for 8,100 local homes annually.

But, that’s just the beginning: Kyocera also announced its intention to start construction on another golf course next year that would bring enough power to 30,500 households. The anticipated 92-megawatt plant will boast more than 340,000 solar panels and is expected to be operational in 2018. Other energy companies want in on the action, as Pacifico Energy is also building solar plants on the old links in Japan. Both companies are selling the electricity generated to a local utility.

Replacing golf courses with solar plants is an interesting idea, and it may catch on sooner rather than later. The United States already has plans to replace the courses in New York and Minnesota, with other states likely on their way, too.