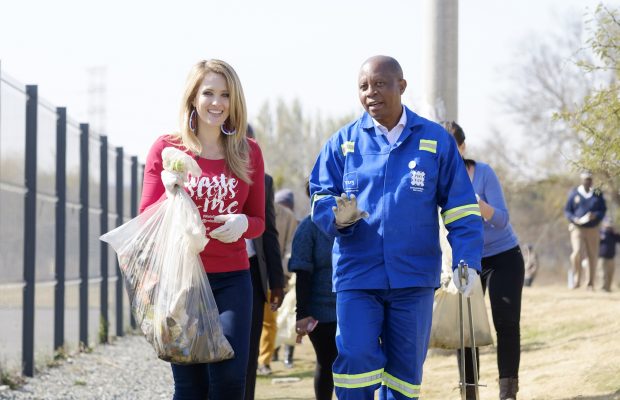 One hundred street and park clean-ups formed part of the World Environment Day celebrations for the Miss Earth South Africa Leadership programme in partnership with the City of Joburg and Pikitup.

From the 1st – 5th June, 100 Miss Earth SA regional finalists have been hard at work connecting with their communities across the country. Under the banner of the international theme for this year’s celebrations, the focus of connecting people with nature was a perfect fit to roll out community clean up’s as part of the 2017 #WasteStopsWithME programme.

The 100th clean-up was held at Mshenguville Park in Soweto with the MMC for Environment and Infrastructure Councillor Nico De Jager, The High Commissioner of Canada to South Africa, Ms. Sandra McCardell and the Honourable Executive Mayor of the City of Joburg, Mr Herman Mashaba.

The Miss Earth South Africa team took the theme of ‘Connect with Nature’ and encouraged communities and local community leaders to take up responsibility to enjoy and take care of the natural environment and public spaces in their areas, an opportunity to reconnect with our neighbours, those we share spaces with and use this environmental day of importance to kindle social cohesion through community involvement in clean up’s.

The Honourable Executive Mayor of Johannesburg, Mr Herman Mashaba did the key note address where he said shared that the City generates 1.6 million tons of waste per annum, which is deposited at landfill sites. 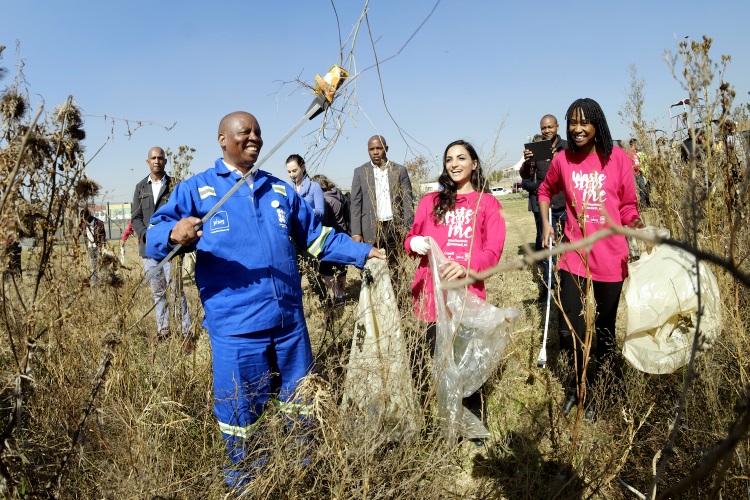 He continued saying; “Unfortunately we have reached a point where our landfill sites are running out of airspace, and for this reason, responsible waste management is crucial. It is for this reason that I am particularly happy about the partnership between the City’s waste management service provider, Pikitup, and Miss Earth South Africa. Through this partnership, the City aims to mobilise our communities and stakeholders to protect and preserve the environment by applying basic principles of waste minimisation. Residents and stakeholder alike must learn to reduce, reuse and recycle. This partnership will also enable Miss Earth South Africa to activate school, community and educational programmes which will support the strategic goals of Pikitup, and by extension, the City.”

#WasteStopsWithME is a campaign which strives to promote and engage citizens across South Africa to understand the role that they play as active and conscious citizens, that consider their carbon footprint, their environmental impact and reflect on the amount of waste that they create every single day.

When landfills cease to be able to hold the amount of rubbish South Africa generates, what will we do? Could we re-purpose, upcycle and rethink about our waste? The answer is indeed we could.

In this regard Pikitup has a programme called separation@source which encourages residents to divert waste away from landfill sites by providing residents that forms part of the programme with a the regular black bin, a reusable bag for paper and a clear bag for other types of recyclables.

This effectively means that only waste that is not recyclable ends up in black bins. Pikitup is set to roll out the project to all residents of the City of Johannesburg in the near future in an effort to divert waste away from landfill sites. In strengthening calls by the Miss Earth South Africa programme to keep the environment clean, Pikitup further urges residents to refrain from dumping waste illegally as this costs the City of Johannesburg R569 Million per annum to clean street litter and to clear illegal dumping sites. 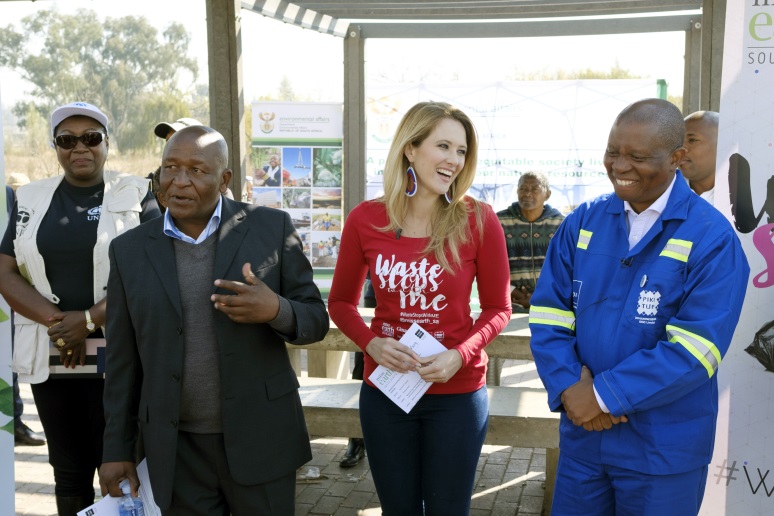 The Miss Earth South Africa organization believes that #WasteStopsWithME is an active engagement opportunity for us to instill a behaviour change that is desperately needed to address the waste challenge we see unfolding, not only in South Africa but across the world.

The campaign successfully launched in 2016 and has seen significant work being done from both a practical community engagement, education and awareness level across South Africa.

World Environment Day (WED) was established by the United Nations to increase awareness of the need to preserve and enhance the environment.

In the South African context, WED is a launching pad for the projects which role out during the month of June, an Environmental Month that includes World Oceans Day and World Day to Combat Desertification, these are annual events and are celebrated globally for positive action in the environmental sector.

Educational Programme Director, Ella Bella Leite said; “When you connect with nature and give of your time to preserve, interact and nurture this gift, it has the ability to build communities and in turn contribute to building a better South Africa. Our focus is to celebrate the month of June this year, by building a better Earth for all and it is up to each and every one, as active citizens, to Play Your Part”