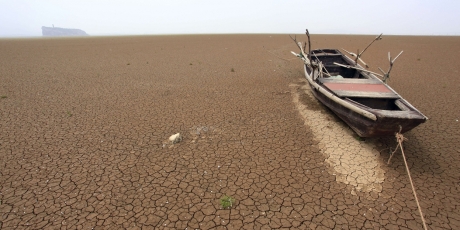 A leading scientist broke down in tears during an interview on carbon pollution, describing a dark future where the oceans are ruined. Whether her nightmare comes true depends on us.

The biggest climate summit of the decade is just four months away, and our leaders could agree to a revolutionary target to get the world off fossil fuels. It would be a guiding star to navigate away from climate catastrophe, signalling to politicians, boardrooms and stock-markets everywhere that the era of dirty energy is over. Winning won’t be easy – but if we make leaders feel the power of this movement then we can win.

March on 29 November help organise and be there

Last year our community helped create the biggest climate mobilisation in history at the People’s Climate March. Now, on November 29th – hours before leaders arrive at the Paris climate summit – it’s time to go even bigger! Click to say “I’m in” for this year’s People’s Climate March and you’ll be the first to find out what’s happening in your local area. Green Times has committed to help organise the Cape Town march. Organise your area, or join us?

Paris MUST smash the deadlock!

Paris is not our final destination in the struggle to stop climate change, but there’s every reason for hope that it could smash the deadlock. The Pope has just called for real climate action, G7 leaders have already committed to phase out fossil fuels, and the cost of renewables is dropping every single day. And all over the world, the climate movement is winning big, forcing clean energy onto the agenda of national leaders everywhere and moving millions out of fossil fuel investments.

We already have the technology we need to spark the revolution to shift us off our collision course with climate catastrophe. But for decades our leaders have pandered to the interests of powerful fossil fuel companies, and unless they know that people everywhere will fight for their future, there’s a real risk they’ll cave again.

Our 42 million strong movement was built to stop that! Last year’s climate marches put our leaders on notice that a new world was on its way. Now we need a giant march in Paris, together with coordinated marches in major global cities and thousands of smaller solidarity events hosted all over the world to make sure our leaders know we won’t let them put fossil fuel profits before the future of our species.

Or if you’re part of an organisation that’s interested in taking part – let us know here if you’d like to partner with Avaaz on making this march magic.

With hope and gratitude,