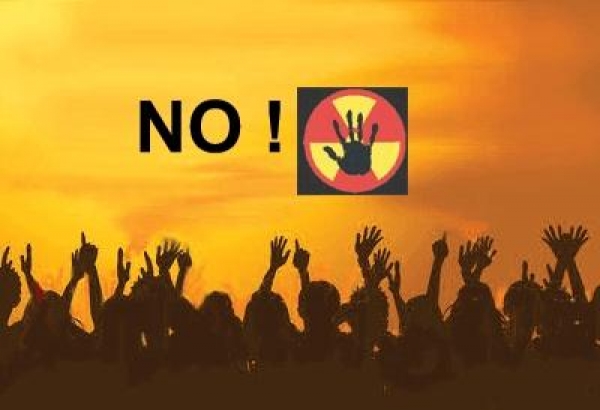 The nuclear crisis at Japan’s Fukushima plant has added to the massive damage and loss of life resulting from a devastating earthquake and a tsunami.  This nuclear crisis is already being considered as the second worst nuclear accident in history, since Chernobyl. The economic, health, and environmental costs of this accident will be staggering.

The Japanese government has warned its people of health risks and urged people in a 30 kilometre radius to stay indoors as dangerous levels of radiation escape into the air. Japan has evacuated almost 200,000 people from towns near the nuclear complex and instituted a no-fly zone, as it appears that containment has failed at one of its reactors. Further, there has been a fire located at the unit’s spent fuel rods, highlighting the dangers of nuclear waste. It is going to take the country years to deal with the damaged reactors.

Once again, nuclear power generation has been said to be safe but it has proven that it is not. Earthlife Africa Johannesburg is calling on the South African government and Eskom to avoid such a catastrophe on our shores by not expanding its nuclear fleet. Earthlife Africa Jhb will be holding a demonstration to urge government and Eskom to abandon its nuclear path. The demonstration will be held as follows:

The nuclear disaster in Japan has resulted in global concerns about the safety of nuclear power. The Japanese nuclear system was deemed “safe” and had been designed to deal with natural disasters like earthquakes. Most tragically, the unexpected has happened again, and the result is a very serious nuclear accident. As a result countries are re-thinking their nuclear plans; both the UK and Germany are rethinking their nuclear policy.

This is the opportune time for the South Africa government to stop before it signs contracts for the purchases of new nuclear reactors. A non-nuclear, low carbon future is possible and, most importantly, it is safe. There is no need to run the risks made so tragically clear by the current and evolving situation in Japan.