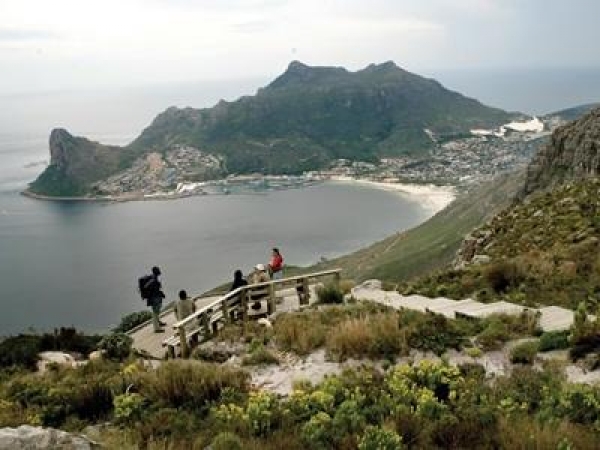 In the months of May and June, a total of 600 ready-grown indigenous trees donated by Just Trees nursery in Paarl will be planted in Tokai Park, part of the Cape’s magnificent Table Mountain National Park and an offshoot of South African National Parks’ shade tree planting project.

Forming part of SANParks’ greater vision for the rehabilitation and recreational use of areas previously shaded by pine trees, the project aims to provide much-needed shade to the much-loved Lower Tokai recreational route which is enjoyed by Capetonian joggers, dog walkers, cyclists and horse riders alike.

During one of several ‘trial’ planting days in May, Friends of Tokai Park, Table Mountain National Park staff, Friends of the Constantia Green Belt and the Just Trees team united with spades and sunny spirits to plant a portion of the trees donated by Just Trees, all 600 of which comprise a variety of non-invasive indigenous species. Ready-grown and already standing two metres tall, the trees have provided an immediate ‘avenue’ effect and, making a striking visual impact to their new environment, have received an overwhelmingly positive response from the public.

Paddy Gordon, Park Manager for Table Mountain National Park says, ”Although angered by the harvesting of the pine plantations, the public remain passionate about their mountain. We wish to keep the public involved in the positive phase of restoring this beautiful asset and hope to plant thousands more trees throughout the park. The response to the planting has been so encouraging, that we aim to invite people to sponsor further trees, plant more trees and get their hands dirty for their mountain.’

Sandra Hollermann, Section Ranger for Silvermine East at SANParks, refers to Just Trees’ donation as ‘amazing’ and one for which they are extremely grateful. Founder and Managing Director of Just Trees, Carl Pretorius, says, ”It has been a true pleasure for us to be able to donate these trees to Table Mountain National Park. As a business, we donate one tree for every 20 trees that we sell. Securing projects like greening the landscapes for World Cup stadiums have been beneficial for us and, as a result, we are fortunate to be in a position to make this donation. We will do our best to continue to support projects such as this.’

Thanks to Just Trees’ generous spirit, which will hopefully inspire other donations, it appears Table Mountain National Park is set to be greener than ever.