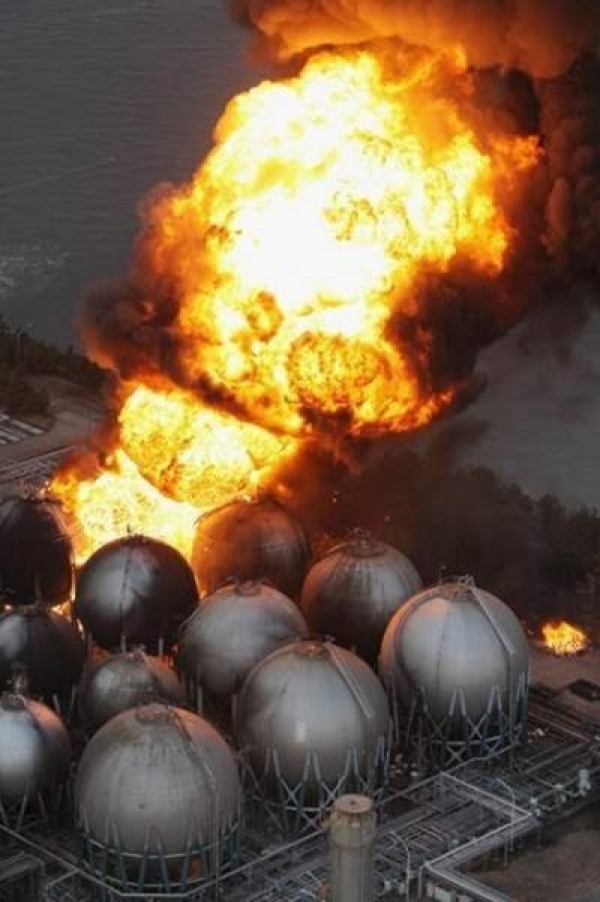 The events at Fukushima over the past few weeks have raised public awareness about the health risks of nuclear power. Earthlife Africa is calling for a firm stand against nuclear energy:

‘Around Fukushima Daiichi Station, on March 23rd, they measured 400 millisieverts – that’s per hour. With this measurement (Chief Cabinet Secretary) Edano admitted for the first time that there was a danger to health, but he didn’t explain what this means. All of the information media are at fault here I think. They are saying stupid things like, why, we are exposed to radiation all the time in our daily life, we get radiation from outer space.

That’s one millisievert per year. A year has 365 days, a day has 24 hours; multiply 365 by 24, you get 8760. Multiply the 400 millisieverts by that, you get 3,500,000 the normal dose. You call that safe? And what media have reported this? None. They compare it to a CT scan, which is over in an instant; that has nothing to do with it,’ said Hirose Takashi, well known author on the nuclear industry.

Our government’s intransigence in adopting a nuclear-focused energy plan during a period in which the safety and efficacy of nuclear power is being reassessed across the world, shows the South African government’s total disregard for public health and safety.

Six months after 90 Koeberg workers were contaminated by radioactive Cobolt-51, our leaders have yet to announce the names of the members of the panel of inquiry supposedly convened to look into the accident.

Routine releases of Cesium-137 and Strontium-90 from Koeberg continue to exceed European Safety Guidelines, and national safety limits have had to be raised in order to accommodate ongoing releases from the plant. Similarly, the Japanese government arbitrarily raised the ‘allowable’ exposure limits to workers to an unbelievable 250 mSv, in response to the highly elevated radiation measurements at Fukushima. This is part of the disinformation that has been spread by the Japanese government, the nuclear industry and the mainstream media.

The Zuma administration refuses to fund any medical studies which would assist those concerned with the effects of radioactive exposure and contamination on our nation’s agricultural land and the potential adverse affects on public health.

An independent study conducted by an environmental specialist Gerry Kuhn in 2002/3 picked up significant levels of radiation around Koeberg, in particular Strontium-90.

In 2007 the Department of Environmental Affairs and Tourism hosted a round of public hearings on the impact of nuclear energy in South Africa. Testimony at the hearings was given by environmental organisations and private individuals which included Earthlife Africa.

The widow of Harold Daniels, one of several victims of the 1996 Pelindaba radiation fire, told the special portfolio committee about her struggle following the death of her husband. To date there has been no medical inquiry into the Pelindaba accident and department policy is an official denial of any culpability.

The people of Kommegas in Namaqualand routinely complain about the dumping of Koeberg nuclear waste in their backyard with no response from government.

Radioactive contamination of the Tweelopiespruit and Wonderfonteinspruit in the Krugersdorp-Randfontein area where both rivers are contaminated by uranium mine tailings affecting neighbouring communities has gone unnoticed by cabinet for years.

Earthlife Africa therefore calls for an urgent public inquiry into the Health Effects and Environmental Impact of the Nuclear Industry.

We must recall the government’s Integrated Resource Plan before it is too late to deal with the consequences of an increased nuclear power capability.

After Fukushima, we can no longer trust the government or the nuclear industry to provide the public with the truth about nuclear power.

We must not allow lives and the health and safety of workers, rural communities and the general public on the sub-continent to suffer because of profit incentives provided by the nuclear industry.

Put people before profits, no compromise in defense of Mother Earth.