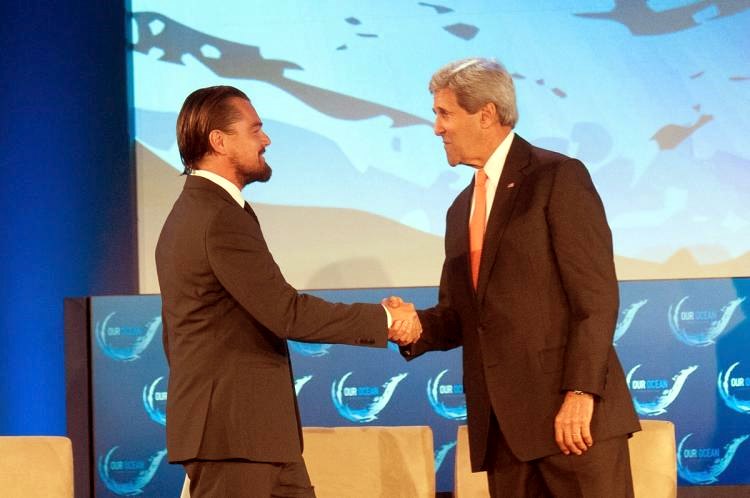 Leonardo DiCaprio shakes hands with John Kerry at the 2014 Our Ocean conference in Washington, DC.

US Secretary of State John Kerry will host the third “Our Ocean” conference in Washington, DC, United States to tackle key issues like marine pollution, and climate-related impacts on the ocean.

The Secretary of State is understood to have sought the participation of External Affairs Minister Sushma Swaraj.

The event titled “Our Ocean, One Future” will build on international commitments to protect the ocean made at the previous two conferences, and will partner with Georgetown University to engage the next generation of global ocean leaders, the State Department said in a statement yesterday.

Kerry had launched the inaugural Our Ocean conference in Washington, DC, in 2014. Chile hosted the second meeting last year. Together, these two events produced partnerships and initiatives valued at over USD 4 billion as well as commitments to protect nearly 6 million square kilometres of the ocean, an area almost twice the size of India, the statement said.

“As in years past, Our Ocean 2016 will bring together heads of state, scientists, business leaders, NGOs, and others to tackle key issues including marine protected areas, sustainable fisheries, marine pollution, and climate-related impacts on the ocean,” it added.

The conference will focus again on the key ocean issues of our time – marine protected areas, sustainable fisheries, marine pollution, and climate-related impacts on the ocean. The overarching objective of the conference will be to inspire and empower a new generation of leaders, entrepreneurs, scientists, and civil society to identify solutions and commit to actions to protect and conserve our ocean and its resources.

As with the previous Our Ocean conferences, the 2016 conference will be a visually engaging, inspiring, and interactive event with an unwavering emphasis on commitments for action by participants and other stakeholders around the globe.

About 450 participants are expected at the 2-day event, including foreign ministers, environment and fisheries ministers, and other established and up-and-coming ocean leaders in government, science, industry, and civil society. Young and cutting-edge innovators and entrepreneurs will share the stage with well-known global leaders in ocean conservation. 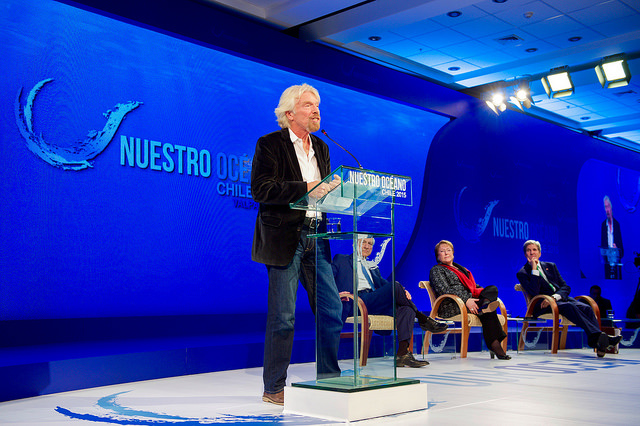 The Our Ocean conferences in Washington (2014) and Chile (2015) created a tremendous wave of commitments on marine conservation, measured in billions of dollars and millions of square kilometers of the ocean protected – about twice the size of India. With their focus on high level engagement, partnership, and action, these conferences set a new standard for success, while complementing other international efforts addressing threats to our ocean such as the ocean sustainable development goal.

Implementation of the commitments made at the previous Our Ocean conferences will be the true test of their legacy. Therefore, tracking their progress and celebrating their completion will be a key part of the next conference.

The hallmark of the 2016 Our Ocean conference will again be new commitments for significant and meaningful action to protect the ocean – along with announcements on successful implementation of previous Our Ocean commitments – with a particular focus on the role of technological innovation and entrepreneurship in ocean conservation and sustainable use. 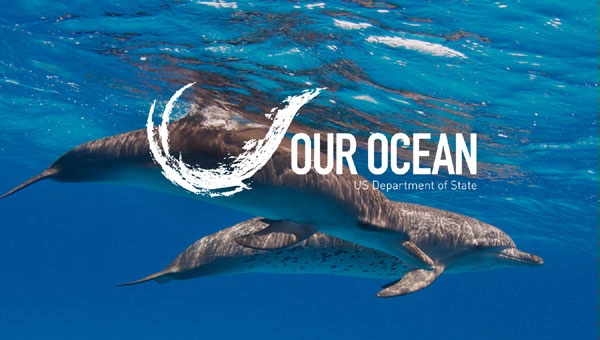 Partnerships will be sought with relevant industries, such as fisheries, technologists, plastics producers, waste management companies, major retailers, and major producers, as well as with multilateral development banks and committed civil society stakeholders, including philanthropies, NGOs, academia, and the faith-based community.

Side events, entertainment, social media, and education outreach will be used to involve more stakeholders, especially youth, and to expand the reach of the conference. A parallel side event at Georgetown University will focus on youth and student engagement in ocean policy and advocacy.