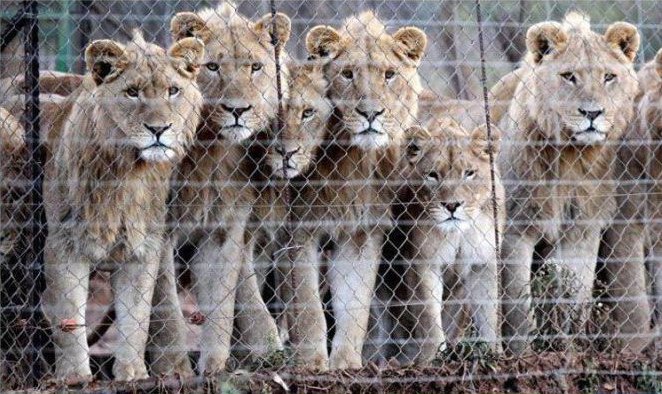 The fight against canned lion hunting has had a small victory by gathering global support. This support will be formally announced at the IUCN World Conservation Congress, which is taking place in Hawaii from the 1st to 10th September.

The Endangered Wildlife Trust (EWT) in association with Wildlands, the South African Wildlife College (SAWC), and a range of other organisations, has supported the initiative spearheaded by Blood Lions™ to secure global conservation support to stop the canned hunting and non-conservation based captive breeding of lion and other predators.

The IUCN – the International Union for the Conservation of Nature – is the world’s largest and most diverse environmental network, with over 1,300 member organisations and support from over 16,000 environmental experts.

The IUCN support flows from a formal motion submitted by the Blood Lions™ team and partners, to the IUCN membership. This motion has been approved by an overwhelming majority (Category A IUCN members-governments and government agencies: 78% Yes, 22% no; Category B IUCN members-NGOs: 83% yes, 17% no) and will be adopted during the congress.

The motion requests the IUCN Director General, relevant Commissions and the South African National IUCN Members Committee to encourage the South African Government, as well as all other southern African Governments, to support this initiative by reviewing existing legislative provisions regulating this activity and drafting, enacting and implementing legislation by 2020 and giving reasonable time frames to:

After the motion has been formally approved at the Congress, the IUCN Director General and IUCN Commissions will be requested to take the necessary actions to provide the guidance, leadership, support and international lobbying that may be required by the South African Government to enable the motion; and encourage and provide support for other Member States in southern Africa to follow this initiative.

The EWT has been fighting canned Lion hunting over the years through a number of initiatives, including: