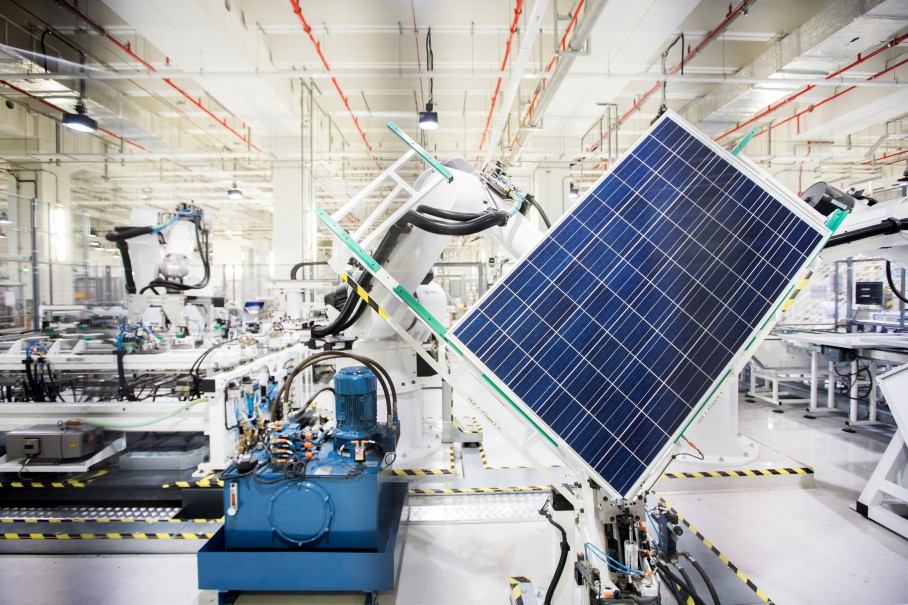 In the 1980s, leading consultants were skeptical about cellular phones. McKinsey & Company noted that the handsets were heavy, batteries didn’t last long, coverage was patchy, and the cost per minute was exorbitant.

It predicted that in 20 years the total market size would be about 900,000 units, and advised AT&T to pull out. McKinsey was wrong, of course. There were more than 100 million cellular phones in use in 2000; there are billions now. Costs have fallen so far that even the poor — all over world — can afford a cellular phone.

The experts are saying the same about solar energy now. They note that after decades of development, solar power hardly supplies 1 percent of the world’s energy needs. They say that solar is inefficient, too expensive to install, and unreliable, and will fail without government subsidies. They too are wrong. Solar will be as ubiquitous as cellular phones are.

Futurist Ray Kurzweil notes that solar power has been doubling every two years for the past 30 years — as costs have been dropping. He says solar energy is only six doublings — or less than 14 years — away from meeting 100 percent of today’s energy needs. Energy usage will keep increasing, so this is a moving target. But, by Kurzweil’s estimates, inexpensive renewable sources will provide more energy than the world needs in less than 20 years. Even then, we will be using only one part in 10,000 of the sunlight that falls on the Earth.

In places such as Germany, Spain, Portugal, Australia, and the Southwest United States, residential-scale solar production has already reached “grid parity” with average residential electricity prices. In other words, it costs no more in the long term to install solar panels than to buy electricity from utility companies.

The prices of solar panels have fallen 75 percent in the past five years alone and will fall much further as the technologies to create them improve and scale of production increases. By 2020, solar energy will be price-competitive with energy generated from fossil fuels on an unsubsidized basis in most parts of the world. Within the next decade, it will cost a fraction of what fossil fuel-based alternatives do.

It isn’t just solar production that is advancing at a rapid rate; there are also technologies to harness the power of wind, biomass, thermal, tidal, and waste-breakdown energy, and research projects all over the world are working on improving their efficiency and effectiveness. Wind power, for example, has also come down sharply in price and is now competitive with the cost of new coal-burning power plants in the United States. It will, without doubt, give solar energy a run for its money. There will be breakthroughs in many different technologies, and these will accelerate overall progress.

Despite the skepticism of experts and criticism by naysayers, there is little doubt that we are heading into an era of unlimited and almost free clean energy. This has profound implications.

First, there will be disruption of the entire fossil-fuel industry, starting with utility companies — which will face declining demand and then bankruptcy. Several of them see the writing on the wall. The smart ones are embracing solar and wind power. Others are lobbying to stop the progress of solar power — at all costs. Witness how groups in Oklahoma persuaded lawmakers to approve a surcharge on solar installations; the limited victory that groups backed by the Koch brothers won in Arizona to impose a $5 per month surcharge; and the battles being waged in other states.

They are fighting a losing battle, however, because the advances aren’t confined to the United States. Countries such as Germany, China, and Japan are leading the charge in the adoption of clean energies. Solar installations still depend on other power sources to supply energy when the sun isn’t shining, but battery-storage technologies will improve so much over the next two decades that homes won’t be dependent on the utility companies. We will go from debating incentives for installing clean energies to debating subsidies for utility companies to keep their operations going.

The environment will surely benefit from the elimination of fossil fuels, which will also boost most sectors of the economy. Electric cars will become cheaper to operate than fossil-fuel-burning ones, for example. We will be able to create unlimited clean water — by boiling ocean water and condensing it. With inexpensive energy, our farmers can also grow hydroponic fruits and vegetables in vertical farms located near consumers. Imagine skyscrapers located in cities that grow food in glass buildings without the need for pesticides, and that recycle nutrients and materials to ensure there is no ecological impact. We will have the energy needed to 3D-print our everyday goods and to heat our homes.

We are surely heading into the era of abundance that Peter Diamandis has written about — the era when the basic needs of humanity are met through advancing technologies. The challenge for mankind will be to share this abundance, ensuring that these technologies make the world a better place.