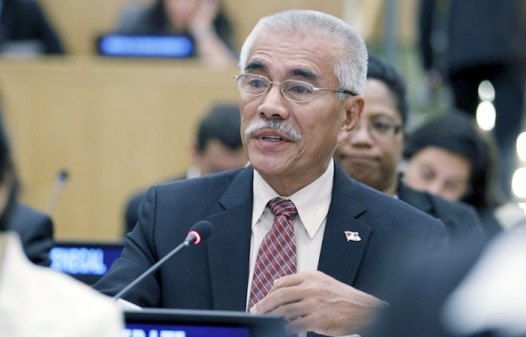 The president of Kiribati, one of the world’s most climate vulnerable countries, has written to fellow world leaders asking them to support a global moratorium on new coal mines.

Anote Tong said the future safety of his people depended on collective and aggressive action to stem the use of coal, the largest source of the greenhouse gas emissions driving climate change.

“Kiribati, as a nation faced with a very uncertain future, is calling for a global moratorium on new coal mines. It would be one positive step towards our collective global action against climate change and it is my sincere hope that you and your people would add your positive support in this endeavour,” he said.

The average land height across Kiribati’s 30-odd islands is two metres above the Pacific ocean. Projected sea level rises up to 2100 could make many of its citizens homeless.

Over 190 countries are finalising plans for a new UN pact to curb emissions and help poor countries adapt to future climate extremes, which is due to be signed off in Paris this December.

Each new coal mine breaks the spirit

“Let us join together as a global community and take action now,” added Tong. 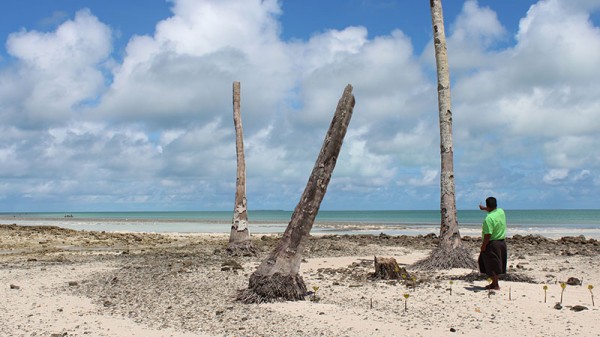 Coal prices have slumped in the past five years as supply has outstripped demand growth from emerging economies like China.

Mining companies like Peabody – which posted heavy losses last quarter – are making a virtue of this, arguing the cheap fuel source can expand access to energy in the developing world.

The idea has gained traction in Australia, where prime minister Tony Abbott famously proclaimed “coal is good for humanity” and is supporting coal mine expansion.

More than 2000 coal mines in pipeline

And NGOs have found more than 2,000 coal power plants in the pipeline worldwide since 2010, mostly in Asia.

But the World Bank and Oxfam have warned coal is no poverty cure, as it drives climate change that hits the world’s poor hardest.

Analysts at the Carbon Tracker Initiative said investing in new mines would be “madness”, as the extra supplies could not be burned without exceeding the 2C warming limit agreed by governments.

The Australia Institute endorsed Tong’s call for a moratorium.

“This is patently at odds with any sensible global climate policy.”

Australia has a larger share of the world seaborne coal market than Saudi Arabia has of the world oil market.

“There is no plausible scenario in which a world that is tackling climate change is a world that needs more coal mines,” said Oquist.

Greenpeace chief Kumi Naidoo agreed: “The people of Kiribati are refusing to be silenced by reckless governments and corporations that are perpetuating climate change, and which in turn is causing rising sea-levels.

“I join President Tong in calling on all leaders of similarly threatened islands to stand together and demand climate justice.”