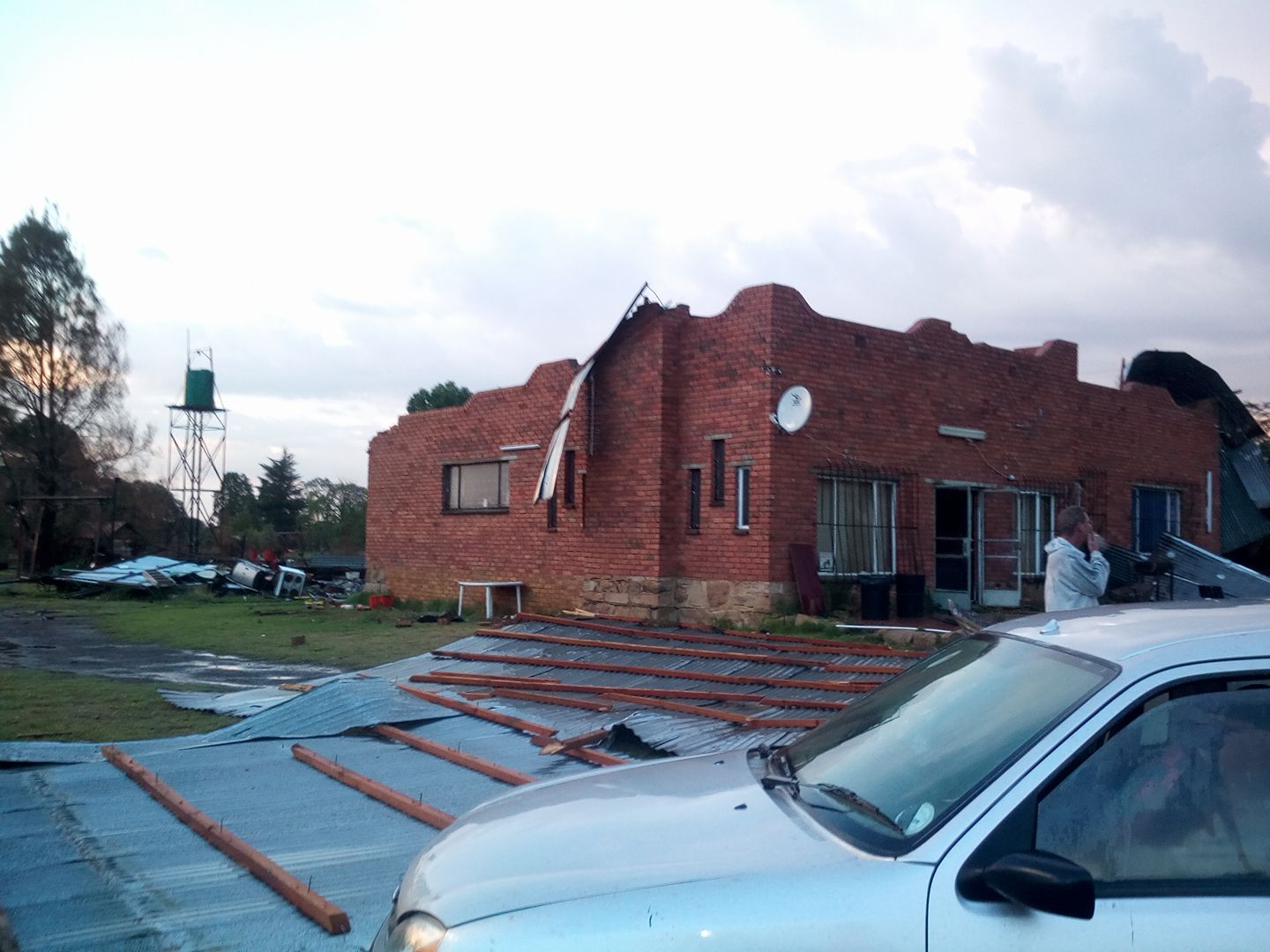 A house in Sundra, Delmas after a tornado hit the area. Image: Facebook.

Nine people were left injured in the Delmas and Bapsfontein area last night after what is believed to be the same tornado as that which tore through the Krugersdorp area descended on the area, damaging a business and a home.

Krugersdorp and its surrounds were devastated when a tornado hit the area on Monday, 9 October at about 3pm, passing over the Netcare Pinehaven Hospital, Cradlestone Mall, Protea Ridge Primary School and Farm City in Ruimsig.

ER24 paramedics responded to a call from a business off the R50 in Delmas where a building had been damaged.

“Upon arrival, paramedics found that a small building had sustained serious damage, injuring the six people inside,” said Russel Meiring, spokesperson for ER24.

Paramedics assessed the patients and found that all six had sustained injuries ranging from minor to moderate. They were treated for their injuries and transported to various hospitals for further treatment.

A short time later, paramedics were called out to the Bapsfontein area, where a residence had apparently collapsed, again allegedly due to the tornado.

At this scene, the paramedics found that a man and his two children had sustained minor to serious injuries. All three patients were treated and provided with pain-relieving medication before being transported to a nearby hospital for further treatment.

Local authorities were on both scenes for further investigation.

Watch the weather system driving the tornado by clicking here.